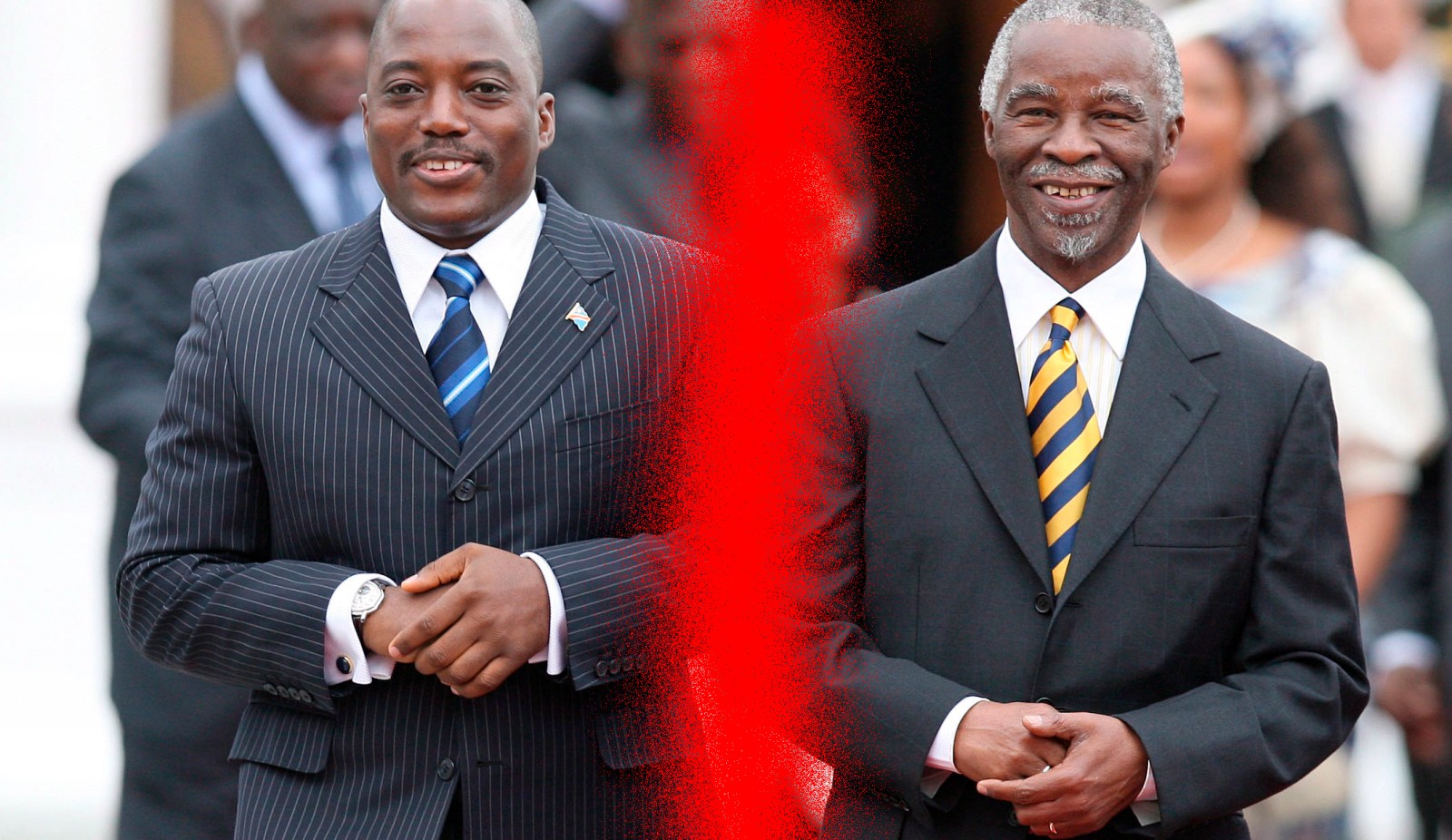 Mbeki’s appointment was confirmed by Ramaphosa’s spokesperson Khusela Diko at the weekend, after the summit of the Southern African Development Community (SADC) in Windhoek.

At first Kabila’s government appeared to welcome the appointment. DRC minister of communication and government spokesman Lambert Mende said on Monday that his government had been informed of the decision and was open to any proposals from SADC.

But later Kabila’s foreign policy adviser Barnabe Kikaya bin Karubi told DRC media that Kabila’s government would not be accrediting any further special envoys to DRC. He said that the special envoys of the past, including those of the European Union, the UK and the US, had not served the DRC’s interests.

Kikaya singled out the two last US special envoys to the Great Lakes, Ross Feingold and Tom Perriello, who had occasionally been sharply critical of Kabila, particularly for extending his term of office which was supposed to have expired in December 2016.

As a result, Kikaya said, Kabila’s government would not be accrediting any more special envoys.

Later Mende did a U-turn and backed Kikaya’s rejection of Mbeki as special envoy.

“The proposal of South Africa was rejected,” he told the journal Actualite.

“There will be no more special envoys in the Congo. The principle is rejected. The country no longer needs special envoys because they tend to behave like proconsuls. They do not respect the autonomy of the DRC, we want to keep our sovereignty.”

The DRC decision to turn down South Africa’s proposal for a special envoy has raised concerns among Congo watchers that Kabila is trying to ensure that the presidential and parliamentary elections scheduled for 23 December are conducted with the minimum of outside scrutiny.

Kabila was supposed to stand down in December 2016 after his second term in office ended. The DRC’s constitution stipulates that presidents may only stand for two terms.

But Kabila did not stand down, citing logistical impediments to elections, including an outdated voters’ roll. His government later agreed to hold elections in December 2018 but Kabila kept everyone guessing about whether or not he would run again.

It was only in August that he announced he would retire before the elections.

This prompted a collective sigh of relief in the region and beyond. But many observers remain concerned that after Kabila’s announcement that he would not run again, the region and the international community may have lost interest in DRC.

This would give Kabila’s ruling clique the opportunity to manoeuvre during the elections to ensure Kabila’s anointed successor, Emmanuel Shadary, does not enable Kabila to pull the strings from behind the scenes.

The rejection of Mbeki as special envoy to DRC and the Great Lakes is especially surprising since Mbeki, both as deputy president and as president, devoted enormous effort to resolving the DRC conflict.

Among other achievements, he brokered the Sun City negotiations which ended the civil war in DRC and in 2006 ushered in the first democratic elections since 1960. Kabila, who had been installed as president by the country’s shadowy elite in 2001 after his father Laurent Kabila was assassinated, won the 2006 elections. He also won the second democratic elections in 2011. DM