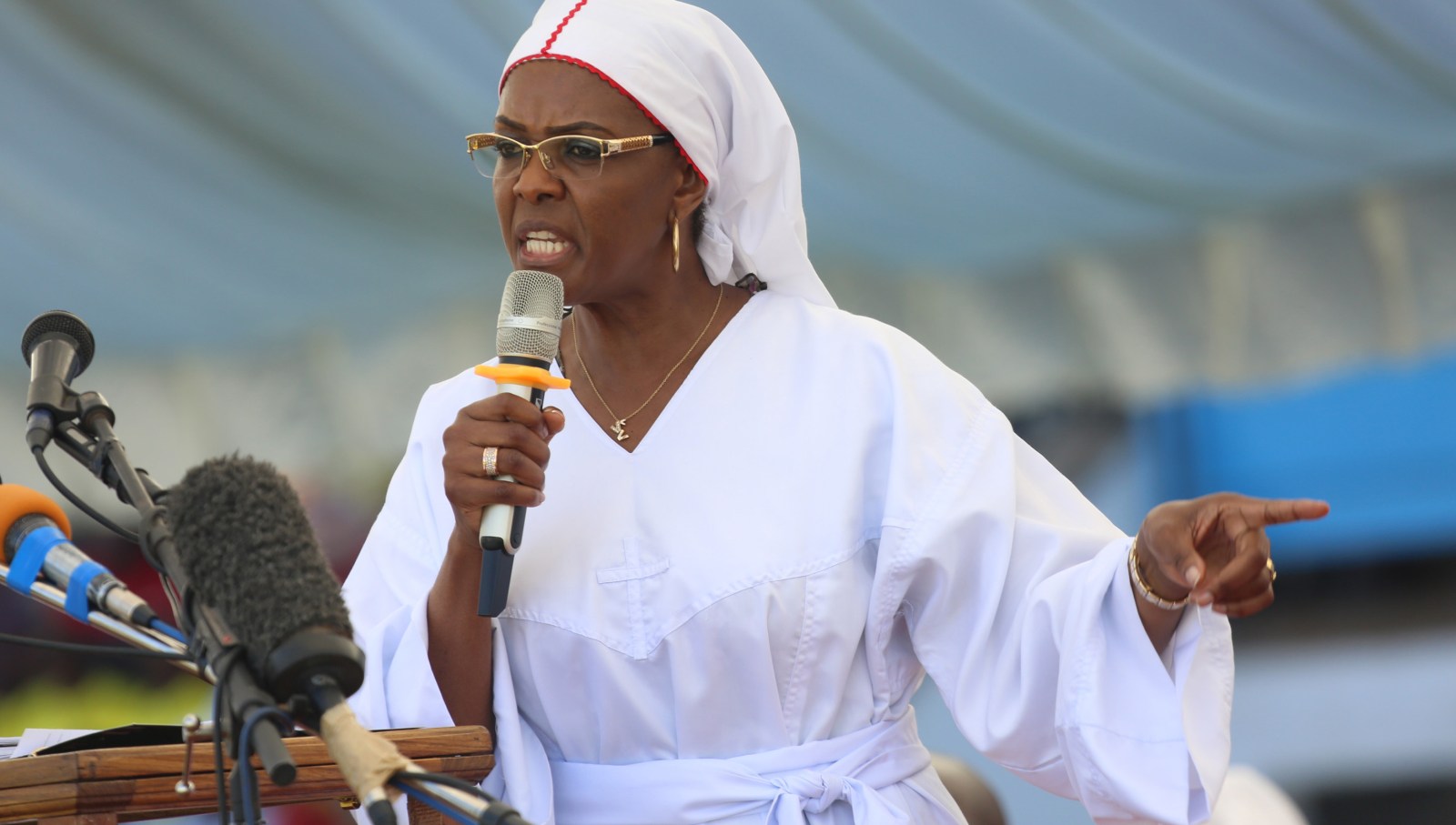 Zimbabwe’s President Emmerson Mnangagwa has sacked a prominent academic, apparently as part of his purge of members of the country’s ‘Generation-40’ grouping.

In what is believed to be part of the purging of individuals in government and other institutions who are part the Generation-40 faction, University of Zimbabwe Vice Chancellor Levi Nyagura was suspended over his conferment of a Doctor of Philosophy degree in 2014 to the former first lady, Grace Mugabe, under controversial circumstances.

Numerous government officials, among them senior Zimbabwe Republic Police (ZRP) and Central Intelligence Organisation (CIO) officers, were sacked by President Emmerson Mnangagwa for their purported links with the G-40 formation, which was pushing for the ascendency of former First Lady Grace Mugabe to the presidency.

Nyagura’s suspension, his second since Mnangagwa took over the running of the country through military intervention, is believed to be part of this purge. Nyagura was initially suspended by the University of Zimbabwe Council in February 2018.

The 30 July elections could also have triggered further purging as parliamentary candidates in some constituencies garnered more votes than those of Mnangagwa, who stood as the ruling Zanu-PF’s presidential candidate, raising suspicions of sabotage by Members of Parliament.

The ruling party secured two thirds – or 143 seats – against the Movement for Democratic Change (MDC) Alliance’s 63 seats in parliament, yet the presidential candidate, Mnangagwa, got only 50.8% as compared to his opposition opponent Nelson Chamisa’s 44.3%.

In a letter addressed to Higher and Tertiary Education Minister Amon Murwira, dated 16 August, Chief Secretary to the President and Cabinet Misheck Sibanda said Mnangagwa, in his capacity as Chancellor of the University of Zimbabwe, was suspending Nyagura with full benefits until a case against him has been finalised. He is facing abuse of authority charges.

“The suspension is in terms of Section 340 (1)(f) of the Constitution of Zimbabwe, read together with Section 28 of the Interpretation Act (Chapter 1:01) and is with immediate effect with full benefits,” Sibanda said.

In 2011, Nyagura is said to have approved, on his own, without involving or consulting the relevant faculty or department, Grace Mugabe’s application to study a Doctor of Philosophy (PhD) in Sociology.

It is believed UZ lecturer Claude Mararike was appointed to administer Grace Mugabe’s thesis without approval from the board. Nyagura went on to appoint examiners in violation of the University of Zimbabwe Act (Chapter 25: 16) and Ordinances 1998-99 volume 11, a role that is superintended by the Senate committee.

However, in February 2018, 10 lecturers from the department of sociology submitted a petition to the anti-corruption board, the Zimbabwe Anti-Corruption Commission (ZACC), wanting Grace Mugabe’s PhD to be revoked and nullified.

In the petition, the UZ lecturers from the sociology department cited that the awarding of the degree did not go through the processes that other candidates were subjected to.

“This was a shock to many members of the department as most members never (saw) or heard about the proposal, progress reports, thesis examiners and outcome of such study by the candidate. In fact, all of the departmental board members heard about the graduation in the media and saw the pictures on the university calendar the following year,” the petition reads.

Grace Mugabe is said to have enrolled and acquired the PhD in three months, a programme that normally takes four or more years to complete.

Nyagura’s term of office, his fourth since 2003, will end in December 2018. His case is expected to resume in September.