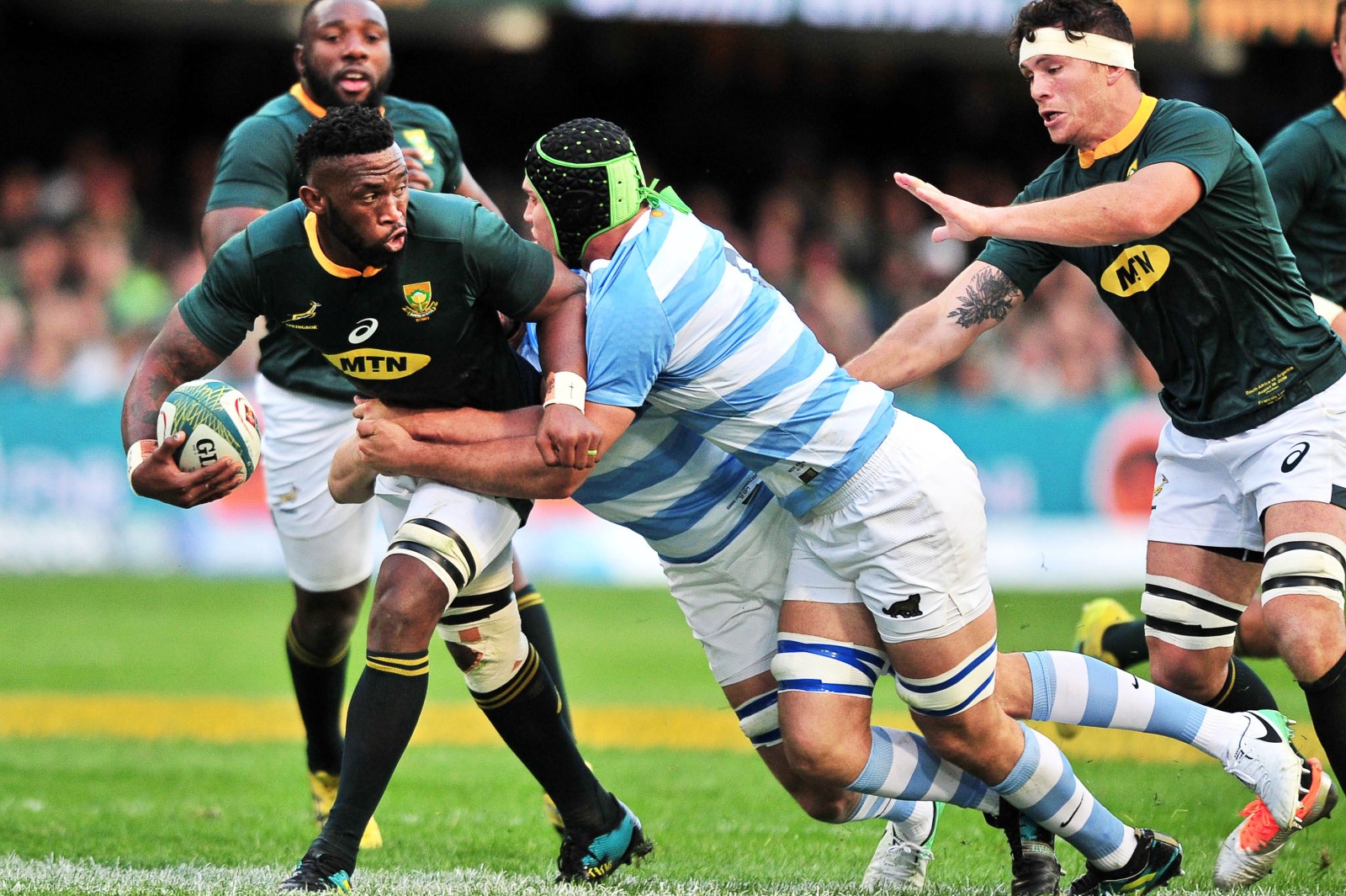 The Springboks got The Rugby Championship campaign off to a winning start with a victory over Argentina on Saturday. A decent effort, even if coach Rassie Erasmus found just half an hour of it to his liking.

There were a few times in Allister Coetzee’s reign where it looked as if the Springboks had turned a corner. Not because they played well, but rather because it appeared that they were fostering a culture that went beyond the results on the field, however grim they were.

Coetzee would routinely remind anyone who would listen that his time with the team had been limited and it was only a matter of time before it all came together.

He was right. Only, the coming together would not happen under his tutelage. Because while Coetzee had his wily moments, as a man-manger, something was lacking. As a tactician, he was cut from old-school cloth.

At the weekend, the Springboks rallied from behind to beat Argentina in their opening fixture in the Rugby Championships. Trailing 14-10 at half time, the Boks came back to win 34-21, despite some awful kicking from Handre Pollard (converting two from seven).

The side will now travel to Mendoza for the return leg this weekend and coach Rassie Erasmus has already indicated that he will make up to five changes to the squad.

But the Boks’ performance in the Rugby Championships is just one part of a puzzle that needs to be completed before the 2019 Rugby World Cup in Japan.

Finding the right combinations, enough game time and testing players under pressure is all part of the bigger picture.

The approach of risking (or sacrificing) a few games with a long-term goal in mind might seem pragmatic now, but it is in stark contrast to how Coetzee and even Heyneke Meyer approached the job.

Since Erasmus took over, there has been no shortage of gulps at fresh air. While will not solve the systemic problems that continue to plague rugby’s grassroots development, that’s not his job – not entirely anyway.

But in a few short months, he has done things which seemed entirely obvious – and he has brought out the best in the team culture that has clearly become ingrained.

What sets Erasmus apart from those who came before him is the way he manages people. And that he does not care for the “status” that comes with coaching one of the most-high profile teams in the world. Whispers abound that he is not adverse to sacrificing from his own pocket to make sure his players are treated like high-performance athletes.

Encouragingly, too, is that Erasmus does not skirt around issues. From being blunt about his task to continue the transformation of the national side to being brutally honest in his assessment of how his team performed, the coach isn’t one for mollycoddling, despite having a reserved public demeanour.

“The first 25 or 30 minutes in the second half was probably the only decent rugby we played. I was expecting I would say, not a fluent display, but it was worse than I thought in the first half,” Erasmus said of Saturday’s result.

It’s unthinkable that previous regimes would have been so frank. Instead, platitudes about the “character” of the squad would have been regurgitated, while everyone wondered if the lack of performance had even been noticed.

Perhaps those before him felt that any sort of honesty would be perceived as criticism. Criticism, though, is not wholly negative, provided the person who delivers it has ideas on how things can change.

Maybe those before Erasmus just ran out of ideas. Or maybe they just weren’t very good at dealing with people.

Take the return of Mzwandile Stick as an example. Made the scapegoat for the Boks’ diabolical 2016 season, Eramus insisted on his assistant’s return, recognised where he added value and backed his man.

“He’s got a specific skill – he was the sevens captain, he was the sevens player of the year as captain, he coached the under-19s at EP, he coached their Vodacom Cup side, he was an assistant coach in Super Rugby, he was assistant coach at the Springboks and the Junior Springboks,” Eramus said in an interview with SuperSport after Stick’s appointment.

“He brings a specific skill set which is not a backline coach or attack coach… but I’m definitely going to utilise him in something specific, which was the intention two years ago.”

And here we are a few months later, with the backline being praised for their efforts with champagne rugby bubbling from the back and the side being led by new captain Siya Kolisi, who many thought should have been appointed much sooner.

Combined, the pair have allowed the team culture, which everyone knew was there, to blossom.

Optimism is being rebuilt. The things that can be achieved when nobody cares who gets the credit could be catalyst for a complete revival.

If you need any more evidence of that look no further than Aphiwe Dyantyi “giving up” his hat-trick at the weekend when he offloaded to Makazole Mapimpi because he “was in a better position”.

Selfless, sensible and salient. As the kids would say, #SquadGoals. DM