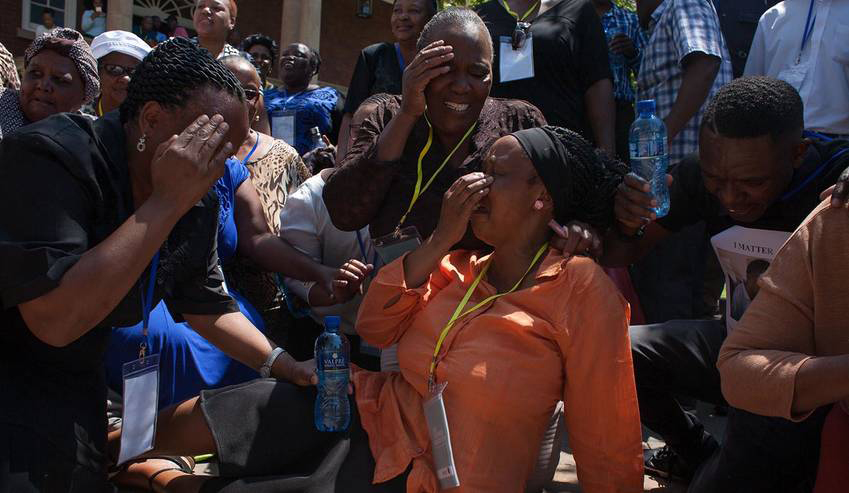 Family members of the 143 patients who died after being moved from Life Esidimeni were angered by suspended Gauteng director of mental health services Makgabo Manamela's no-show at the Life Esidimeni arbitration. Photo: Greg Nicolson

In this open letter addressed to the acting National Director of Public Prosecutions, families affected by the Life Esidimeni tragedy say the NPA has done nothing about the case — for five solid months.

For us, this decision is long overdue.

For five months, Mr Abrahams did nothing about the findings by retired deputy chief justice Dikgang Moseneke that key individuals in the Gauteng provincial government were responsible for the death of at least 144 people and the torture of an additional 1,418.

We plead with you – as the new acting head of the National Directorate of Public Prosecutions – to intervene, and to intervene quickly.

To remind you: no criminal action has been taken against the three key people involved, even though they were clearly identified by Judge Moseneke as being responsible for this tragedy:

We find this totally unacceptable and call on you to act, and to act now.

In case we need to remind you: Judge Moseneke found that the government officials concerned had acted in “blatant breach of the law and the Constitution”.

He said the decision to end the Life Esidimeni contract and move patients without regard for their wellbeing was “irrational”. He also said the mass discharge of patients was “torture”.

But despite all this, the NDPP has failed to act – whether it is against Mahlangu, Manamela and Selebano, or against the NGO owners, social workers, administrators and many unnamed officials who still occupy positions within the Gauteng provincial administration.

We know for a fact that all the evidence presented before the arbitration hearings has been made available to the SAPS. This was done on the instruction of Judge Moseneke.

We know for a fact that 45 inquest dockets have been sent to the NDPP by the police. This has been confirmed by SAPS spokesman Brigadier Vish Naidoo.

All we are waiting for is for the NDPP to do the right thing: to press criminal charges against all those involved.

There can be no doubt that your directorate has the authority to do so. The NPA’s responsibility is clearly outlined in Section 179 of the Constitution of the Republic of South Africa, and its mandate is outlined in the NPA Act 1998 (Act No. 32 of 1998). These clearly state that you have the power to institute and conduct criminal proceedings on behalf of the state and to carry out any necessary functions incidental to instituting and conducting such criminal proceedings (this includes investigation).

Despite this, there are no signs that the NPA has done anything about this case, for five whole months.

Injustice anywhere is a threat to justice everywhere. And we will not allow this particular injustice – which affects the lives of the vulnerable and the poor – to go unpunished.

Through your failure to act, we believe the NPA has abandoned its core responsibility and functions – and in doing so, has spectacularly failed the families affected by the Life Esidimeni tragedy, and the South African public as a whole.

We believe there is a trend in South African society to avoid holding public officials accountable for wrongdoing.

We refuse to let the NDPP endorse that trend, and we demand that this case is made a priority – and that all those involved are brought to book.

We therefore request an urgent meeting to update you on this matter, and to ensure it gets the attention it deserves. DM