SABC Television is unfixable – so we shouldn’t try 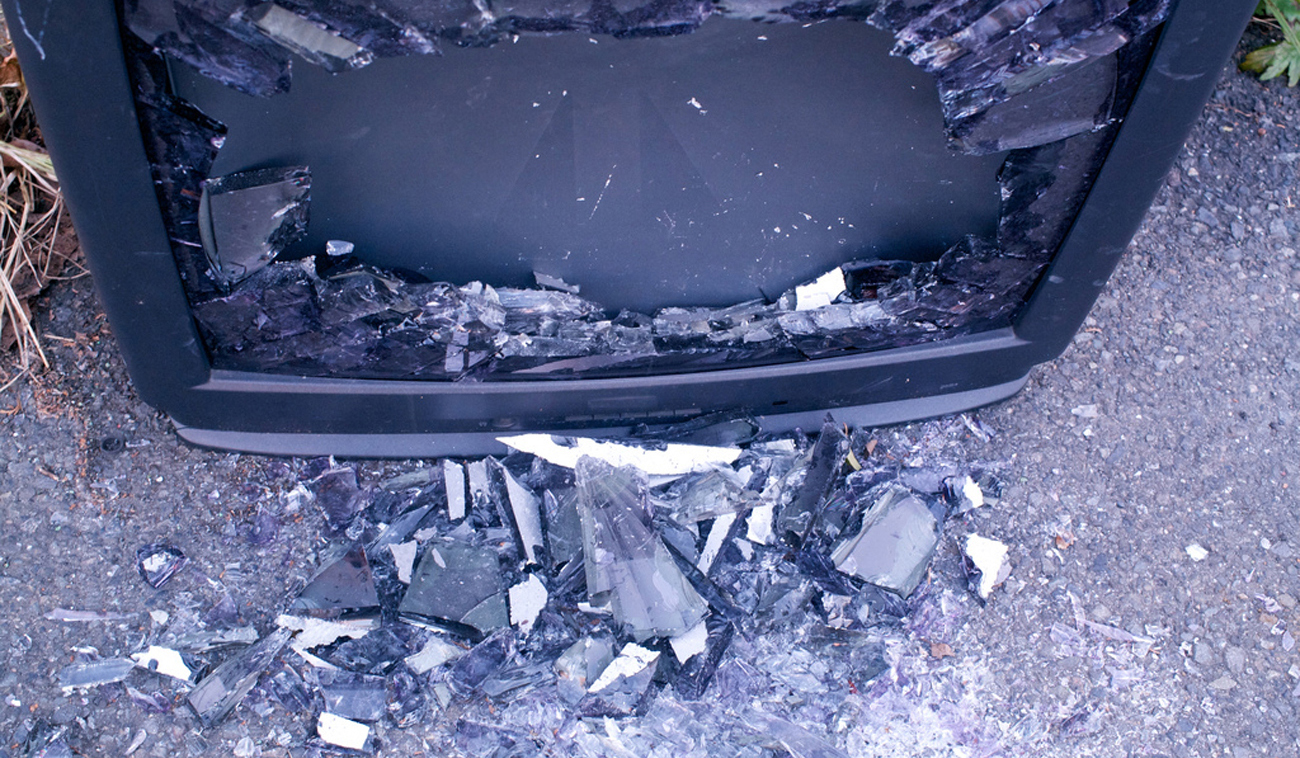 There is a widespread misapprehension that with the appointment of a new board late in 2017 together with the appointment of new executive management to replace (and there is no kinder way of saying this) the clown show under Hlaudi Motsoeneng, the SABC could somehow be fixed. Well, it can’t, and we should think carefully about wasting precious resources in doing so.

To help frame the reasons why the SABC is a lost cause, imagine the following: If the SABC had not existed but a need for what we now call public broadcasting did exist, would we set up something anything like the SABC to deliver it? The answer in 2018 must be no. The base assumptions that underlie public broadcasting are rapidly falling away or do not exist any more. Perhaps the very poor management and oversight by the previous SABC board masked the profoundly flawed operating model.

Despite all its difficulties and for legacy reasons, the SABC is still by far the largest media company in South Africa. This is especially so if one includes the radio services. This is what makes it particularly attractive to politicians looking for audiences.

Under apartheid, television was entirely prohibited until 1976 when the first channel was introduced. Although TV licence fees contributed to funding the SABC, as television began to be broadcast for most of the day, advertising became the main source of income. Under apartheid, the SABC was obviously a state broadcaster, pretending to be a public broadcaster (using the BBC model), but funded like a commercial broadcaster. This set-up could work. The only non-SABC broadcasting services permitted were in the form of television and radio stations broadcasting from the notionally independent homelands like Bophuthatswana TV (Bop TV, Radio 702) and Ciskei (Capital Radio). LM Radio from Maputo could also be received in some parts of the country.

The first task of the then IBA (which has since morphed into the broader communications sector regulator Icasa) was to set out rules following its triple inquiry into viability of the public broadcaster, local content rules for radio and television, as well as cross-media rules limiting significant common ownership of broadcasting and print interests. While there was an effort to regulate broadcasting using conventional categorisations of public, private and community broadcasting used in places like Canada and Australia, many of the pre-existing arrangements were “grandfathered” into a new regulatory regime. Later, the Broadcasting Act of 1999 became the main legislation governing the SABC and its public service mandate.

The biggest change to our free broadcast television sector was the licensing of a new service which came to be known as e.tv. At the outset, even though e.tv was commercial, its licence conditions included several public broadcasting-like commitments such as local programming, news obligations and so on. After a difficult start, e.tv, facing just the SABC as a competitor, became solidly profitable, generating great returns for its shareholders – until recently.

SABC’s revenues also performed rather well as more advertising spend moved on to television, chasing audiences on a scale unavailable on any other medium.

At around the same time, huge changes in television elsewhere were under way under a new concept called “convergence” or the breakdown in the distinction between broadcasting and telecommunications (through the internet). This led to the merging of the Independent Broadcasting Authority with the then telecomms regulator to form Icasa, the new converged regulator. New legislation, the Electronic Communications Act in 2003, re-ordered telecommunications and broadcasting legislation to deal with this converged media environment. While efforts to introduce a competitor to the dominant MultiChoice/DStv platform were launched, none of these has been successful and MultiChoice has operated more-or-less as a monopoly in its market sector at the outset.

In terms of the Broadcasting Act, the SABC is required to broadcast in 11 languages (it does 13 on radio), run a minimum number of hours of bulletins and current affairs programmes on radio and TV and run a quota of educational and children’s programming. By 2012, advertising and commercial sponsorships represented 87% of total revenues with licence fees making almost all of the balance. In contrast, public broadcasters elsewhere do not take advertising and, instead, are funded by a licence fee or by taxes.

Other than awful management and a bloated cost structure, the dynamics in television have not been in the SABC’s favour. Competition from e.tv cut into the available advertising spend for television. Reliable figures are hard to find, but research suggests the SABC still has a 48% share of all television advertising, with e.tv’s share at 25%. However, both free-to-air broadcasters have felt the effect of MultiChoice’s pay TV presence.

By 2013, MultiChoice had already surpassed e.tv’s share in television advertising and now this share would be significantly larger. Various delays in the introduction of digital terrestrial television (DTT) due to very poor policy and several policy reversals over many years mean that satellite pay television has been able to move ahead without competition. Out of about 12 million television households in South Africa, DStv has perhaps 5 million subscribers, or 41% of the total. The delay in DTT is now so far behind that several commentators now suggest that it is too late to introduce it. Multichannel television will either be delivered via satellite or via the internet through a broadband connection.

The rot at the SABC now runs so deep that it delays publishing its financials, so it is hard to get an accurate picture of its current position. The most recent available financials for the year to March 2017 show that the SABC, from revenues of R7.5-billion (including radio), reported a net loss (before accounting adjustments) of nearly a billion rand (R977-million). This loss was on top of losses of R411-million recorded in 2016 and a loss of around R600-million in 2015.

A number of issues in the financials strike one immediately. Revenues from licence fees are down at R915-million from R986-million in 2016. The SABC is now spending more on trying to recover unpaid licence fees than it receives from them. In the 2017 financial year, the SABC spent more than 170% on staff salaries and executive remuneration at R3.84-billion than it did on programming of R1.97-billion. Of course, the salary bill would cover the news and actuality programming produced by the SABC in-house by its own journalists and production teams in television and radio. News, radio, television and sport employed 1,580 people. The SABC separately disclosed that it employed 3,613 permanent employees in 2017 at an average cost to the company of R720,000 per employee.

The current woes of not being able to pay suppliers could have been predicted. At the end of its 2016 financial year, the SABC’s cash and cash equivalents stood at R881-million but at the end of the 2016/17 financial year, these were just R82-million. Effectively, the SABC has probably been technically insolvent for over a year now. On this basis, the SABC’s frustrated suppliers might well be justified in taking the view that they have a well-founded legal claim against the SABC’s directors personally for reckless trading or trading under insolvent circumstances.

Other countries that insist on public broadcasting pay for it. This was proposed in a 2017 SABC parliamentary hearing. Previously, in 2013, the SABC asked for an increased licence fee but its collection rate on the existing licence fee. The abandoned Public Service Broadcasting Bill, first published in 2009, proposed eliminating the existing licence fee and replacing it with a combination of sources to fund public broadcasting. Suggestions included a ring-fenced personal income tax of up to 1%, contributions from business, money appropriated by Parliament and contributions from the broadcasting services licensees. As the campaign against the fuel taxes shows, South Africans are not well disposed to paying any additional taxes, to say the least.

The current approach of government and the SABC board chairperson, Bongumusa Makhathini, seems to be that the SABC should be run like a commercial business and that key new appointments would allow for this to occur. But much of this is just hopeful thinking. The funding model we have for public broadcasting does not work and things are likely to get worse as broadcast television moves over to digital terrestrial television. This move is going to be both expensive and open further competition for available advertising spend.

Organisations like the SOS Coalition, a civil society organisation campaigning for public broadcasting, warns against the dismantling of the SABC. It argues that doing away with the SABC simply puts subscription-based operators in a stronger position and deepens the “digital divide”. The SOS argues instead for a higher public funding commitment, a rebuilding of the SABC’s internal financial systems and the revenue collection capacity of the TV licence department. Other ideas include a loosening of the intellectual property provisions with independent content producers to allow them to be shared between them and the SABC. Perhaps regulations that would limit MultiChoice’s access to television advertising or regulations requiring MultiChoice pay to carry SABC channels may help a bit.

There are no easy options but the SABC’s funding hole is far too big for mere tinkering. The whole model needs a rethink. In a multichannel and converged environment where an increasing amount of news is consumed via online and social media platforms, perhaps the way to go is to directly fund local content production and not fund this indirectly through a broadcaster, especially one with the SABC’s heavy cost overheads.

It is reported that the SABC is to be a recipient of an ill-defined stimulus package that appears to be an omnibus funding package for failing State-owned Enterprises. Bailing out the SABC in its present form is really just kicking the can down the road. No matter how well it is run, it will be short of money again and will need another bailout. It is past time to rethink the whole premise of the SABC. There must be better ideas than endless series of emergency bailouts. DM