Mark Minnie, who lived in China where he was a teacher, was in South Africa conducting further investigations in Port Elizabeth – the city where the paedophile ring operated back in the 1980s.

He is survived by a son and a daughter.

He was also in South Africa for the launch of the book he co-authored with Chris Steyn, the journalist who first investigated the suicides and the rumours of a paedophile ring involving senior Nationalist Party cabinet ministers. According to the book, the ring would abduct or pay young street children, fly them in military helicopters to Bird Island where Allen had a guano concession. There the boys would be abused. 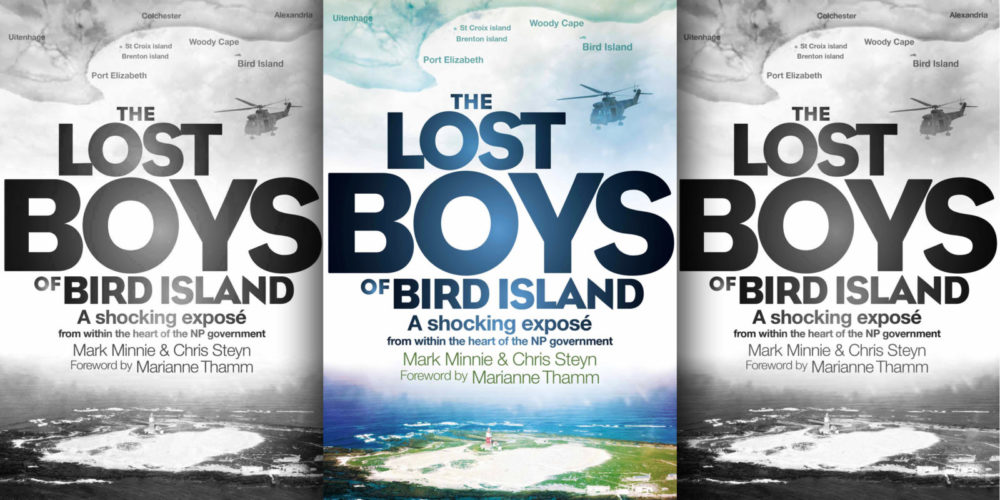 Minnie came to the case when one of the victims had been injured when a gun allegedly inserted into his anus had been fired. Minnie was the first to interview the victim who had been secreted to a whites only hospital in the city.

Minnie – a former undercover narcotics agent – and Steyn had not met until preparations for the publication for the book last year.

Minnie was found dead with an apparent gunshot wound to the head on a smallholding near PE on Tuesday morning. The former cop had been visiting a friend. In May last year, Minnie wrote to this writer in an email that he was working on a second book about his life after leaving the South African Police.

Daily Maverick understands that several more victims of the alleged ring, involving Malan, the second most powerful man in the apartheid government as well as Minister of Environmental Affairs, John Wiley and PE businessman Dave Allen had come forward since the publication of the book this month.

Daily Maverick can also reveal that further investigation was also being conducted into a “state-sanctioned” unit which might have been used to perform “staged suicides” during the apartheid years.

In May last year, Minnie wrote in an email to Chris Steyn and me that a former contact who had been employed by the Rhodesian Police before he had joined the SA Security Services “handed me certain documents which was sufficient to convince me to leave the country”.

Both Allen and Wiley died – from apparent suicides – shortly after Minnie had arrested Allen for the possession of child pornography. Minnie told me, and also wrote, that Allen had “sung like a canary” after his arrest. Allen “killed” himself before he was due to appear in court. Shortly afterwards Wiley was found dead from an apparent suicide in his Noordhoek home.

My dealings with Mark Minnie came about when he submitted a raw manuscript to his publishers. Reading the manuscript I realised that I had worked with Chris Steyn at the Cape Times in the 1980s. She had been investigating the Allen, Wiley, Malan paedophile allegations. Steyn’s stories later appeared but severely watered down. I connected Minnie with Steyn, who both began to compare notes.

Steyn is devastated by Minnie’s death and is en route to Port Elizabeth.

In one of his earlier emails to the publisher, Chris and me, Minnie wrote: “I have a wonderful job in China. Teach 12 hrs per week, and the rest of the time I’m free. This is when my mind works overtime, pondering on the project which all of us are involved in.”

Minnie also found several other surviving victims of police abuse during the course of his return to this investigation which had haunted him for much of his adult life.

During my meeting with him in Cape Town last year he informed me that he feared for his life and that the book would stir a hornet’s nest. He also said that those who had done the bidding of the former government were still around and had never been called to account.

At the weekend Rapport newspaper confirmed that former State President PW Botha had personally called, in March 1987, for Minnie’s docket relating to Malan, Wiley and Allen to be removed from Minnie’s office in PE. A retired colonel, who did not wish to be identified, confirmed the removal of the docket to the writer Herman Jansen.

He said that PW Botha had ordered Brigadier Ernie Schnetler, then the divisional commissioner in Port Elizabeth, to get the docket on his desk at 7.30 the following morning.

My last communication with Minnie was last week when he asked my advice about a journalist who had wanted to interview him.

When I reminded him that the WhatsApp was from me and that it might not have shown up on the message he replied “my phone does show your name” to which I replied “you’re are a good cop :)”… Minnie responded with a laughing emoji.

At the time of writing police were still at the scene of Minnie’s death on the smallholding. For now, a statement has been issued that no “foul play” is suspected.

This is an ongoing story. DM

Read the foreword, by Marianne Thamm, to the book, The Lost Boys of Bird Island, here: