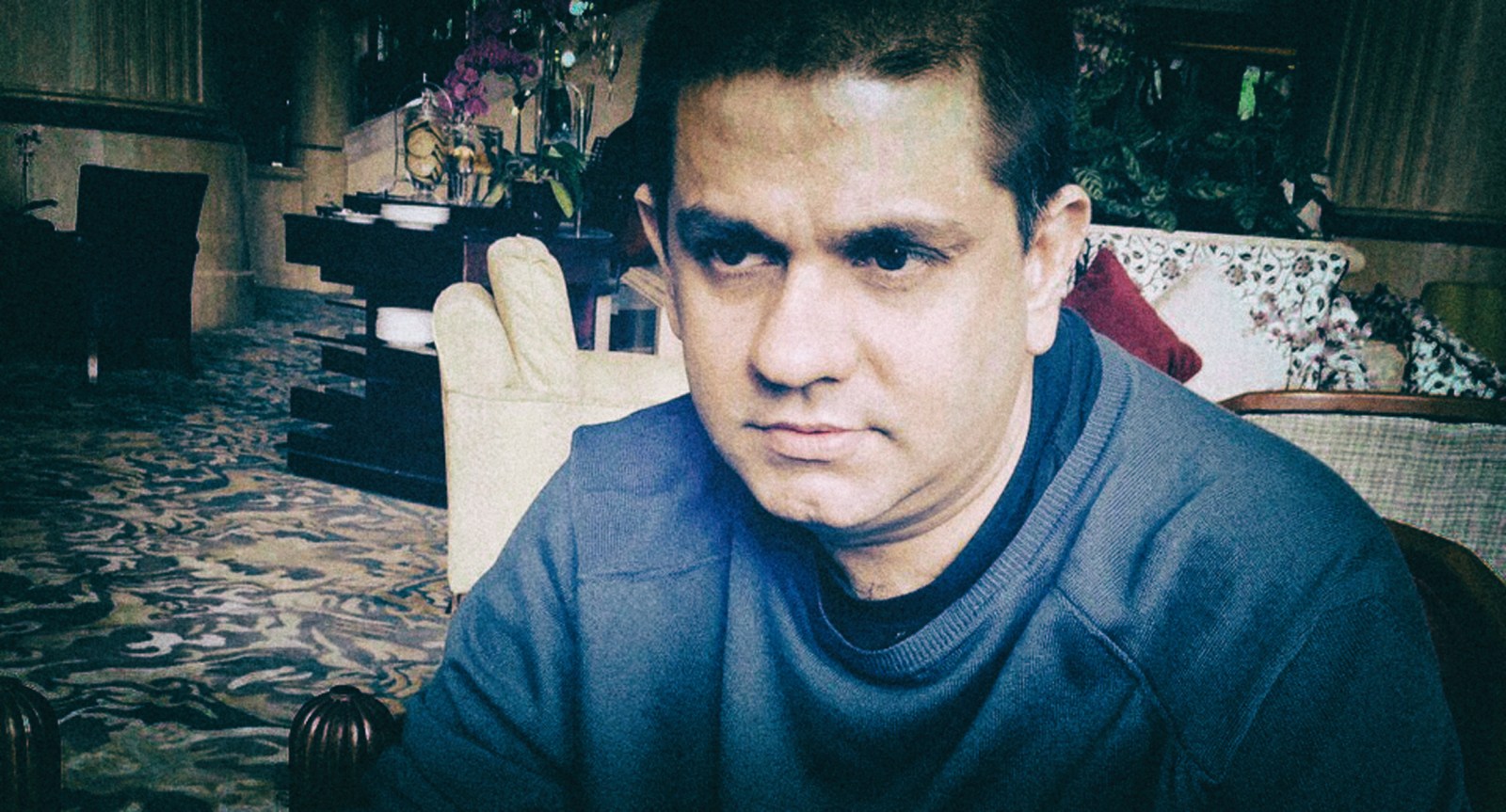 On Wednesday, one of Mozambique’s most wanted men arrived in Maputo in police custody after being deported from Thailand. Nini Satar was behind the 2000 assassination of investigative journalist Carlos Cardoso, but is also accused of masterminding a syndicate responsible for the kidnapping of Mozambican businessmen. With South Africa currently in the grip of an unprecedented rise in similar crimes, could Satar’s detention help unlock the mystery?

Since late 2016, it has been happening – quietly – at the rate of at least three a month in South Africa.

A wealthy businessman is kidnapped outside his home or work. A call is placed to his family, instructing them to pay an enormous ransom for his return.

The abducted man is held, sometimes for a few days, sometimes for several months. The lucky ones are rescued by police, or released by their captors after the ransom payment. Some are murdered even if the ransom has been paid.

Even months or years after the kidnappings, the affected families rarely discuss them publicly. This silence stems partly from fear, and partly from advice by police. The subject of ransoms – how much was paid, and how – is particularly taboo.

Kidnappings are nothing new in South Africa. The last available statistics from the SAPS show that over the 2014/15 year, 4,252 abductions were recorded.

But these particular kidnappings bear a number of unusual hallmarks.

The sums demanded in ransom are astronomical: sometimes as high as R50-million. A 2017 report from Praesidio Risk Managers stated that during the last quarter of 2017, two of the five highest ransom demands recorded globally were in South Africa.

What little we know about the modus operandi of the kidnappings suggests a level of sophistication often absent from local crime.

The methods of ransom collection are complex and hard to trace. In one case Daily Maverick has knowledge of, the kidnappers demanded that part of the money be paid via hawala – a system of transferring money between individual brokers without involving banks – and part of the money be transported in cash to Dubai for collection.

The most significant aspect of these kidnappings, however, is the profile of the individuals they target. A strikingly high percentage are Muslim businessmen.

An April 2018 report from SI Risk International estimated that 90% of the victims were of South Asian descent. Such figures almost certainly understate the true incidence rate due to the wall of silence around the crimes from both the families and police.

Liaquat Parker’s family last saw him on the morning of Monday 9 July 2018. Just after 09:00, Parker was kidnapped from the parking lot of his office in Parow, Cape Town.

Parker, 65, owns a chain of supermarkets named Foodworld. Though he is successful, Parker was described to Daily Maverick by a friend of the businessman as “neither the flashiest nor the richest guy around”.

Family spokesperson Walid Brown told Daily Maverick he could not reveal any details of the investigation thus far. All that is publicly known is that Parker is still being held, almost a month after his abduction.

In response to questions on a number of kidnapping cases, police spokesperson Vishnu Naidoo was frank with Daily Maverick.

“As a rule we do not comment on cases of kidnapping as we run the risk of placing the lives of victims in greater danger. However, as a general comment, we view cases of kidnapping very seriously and we act on such cases immediately after they have reported to us.”

Back in August 2017, Naidoo dismissed the idea that a kidnapping syndicate might be operating in South Africa, saying there was “no evidence” to support the notion.

But a look at what has been happening in neighbouring Mozambique since 2011 may have changed the minds of police.

Journalist Mercedes Sayagues, who has worked extensively in Mozambique, once described Nini Satar as “the baddest of the baddies”.

Momad Assife Abdul Satar, better known as “Nini”, was brought back to Maputo on Wednesday from Thailand, where he had been evading an Interpol arrest warrant.

Satar is most notorious for his involvement in the 2000 murder of investigative journalist Carlos Cardoso, for which he was sentenced to jail for 24 years and six months. Satar did not serve his full sentence. In 2014, he was released on medical parole and fled Mozambique.

Three years later, an international warrant was issued for Satar.

Mozambique’s Attorney General released a statement at the time accusing Satar of having “formed a criminal organisation with the purpose of kidnapping Mozambican citizens, so that later large amounts of money in ransom could be demanded”.

More than 100 kidnappings have taken place in Mozambique since 2011 – and there is one obvious similarity with South Africa’s current spate of abductions.

“Wealthy Muslims have been the main targets of the kidnappings,” reports APA news.

Paul Fauvet, the editor of the English service of the Mozambique News Agency, has been tracking Satar-related developments for years. His interest is personal as well as professional: Fauvet was a close friend and colleague of Carlos Cardoso’s, and co-authored a biography about the slain journalist.

“The Satar family, even before the Cardoso murder trial, was notorious for loan-sharking, lending money at extortionate interest rates to other Muslim-owned businesses in Maputo,” Fauvet told Daily Maverick this week.

“The family was feared and hated among sections of the Muslim community. Why were Muslim or Indian-origin business people targeted [for kidnapping]? Because they are rich – and many of them would be known to Nini Satar.”

Daily Maverick understands from a source close to the Parker kidnapping investigation that South African police have been interested in Satar for his potential involvement in local kidnappings for some time.

Leonardo Simbine, of Mozambique’s National Criminal Investigation Service, was reportedly asked at a press conference in Maputo this week whether Satar would face indictment on South African kidnapping charges as well as Mozambican.

It’s not hard to see why Satar would be of interest to South African authorities trying to make sense of their own kidnapping problem. But not everybody is convinced Satar could be directly behind South Africa’s recent spike in such incidents.

“Why would he want to?” asked Sayagues, when Daily Maverick canvassed the journalist on whether she thought it plausible that Satar could have expanded his kidnapping operation to Mozambique’s neighbour.

In her view, it is more likely that South Africa’s versions of the crime are the work of “some enterprising Satar lieutenants who learnt the trade and exported it”.

A source close to the Parker investigation, who would only speak on condition of anonymity, was adamant: “It’s not Nini.”

The source told Daily Maverick that a theory being explored is that the kidnappings are the work of a Pakistani syndicate whose members gain access to local mosques and undertake reconnaissance into the wealth of worshippers to pick their targets.

Daily Maverick understands that one of the reasons police have been so cagey about their kidnapping investigations is out of concern that, even if the crimes are committed by foreign nationals, local gangs may become inspired to embark on copycat crimes. This is particularly the case given the large sums of money demanded in ransoms.

While the existence of any kind of syndicate is yet to be proven, alarm among Muslim businessmen in South Africa is growing.

The Muslim Judicial Council has expressed its concern over the apparent targeting of its community. There are already stories of businessmen moving into hotels with their families for safety, as well as talk of emigration among those who consider themselves particularly under threat.

Beyond the risk to individuals, the idea that a kidnapping epidemic in the style of Mozambique’s may have taken root in South Africa has other alarming implications.

“They are using criminal elements in the police to conduct both reconnaissance of potential victims and field well-armed teams of kidnappers. They manipulate and undermine the judicial system. They feed off the impunity enjoyed by a greedy, well-protected political elite and the corruption and incompetence that prevail throughout the governmental system in Mozambique.”

The chilling question is whether this could hold true for South Africa too. DM