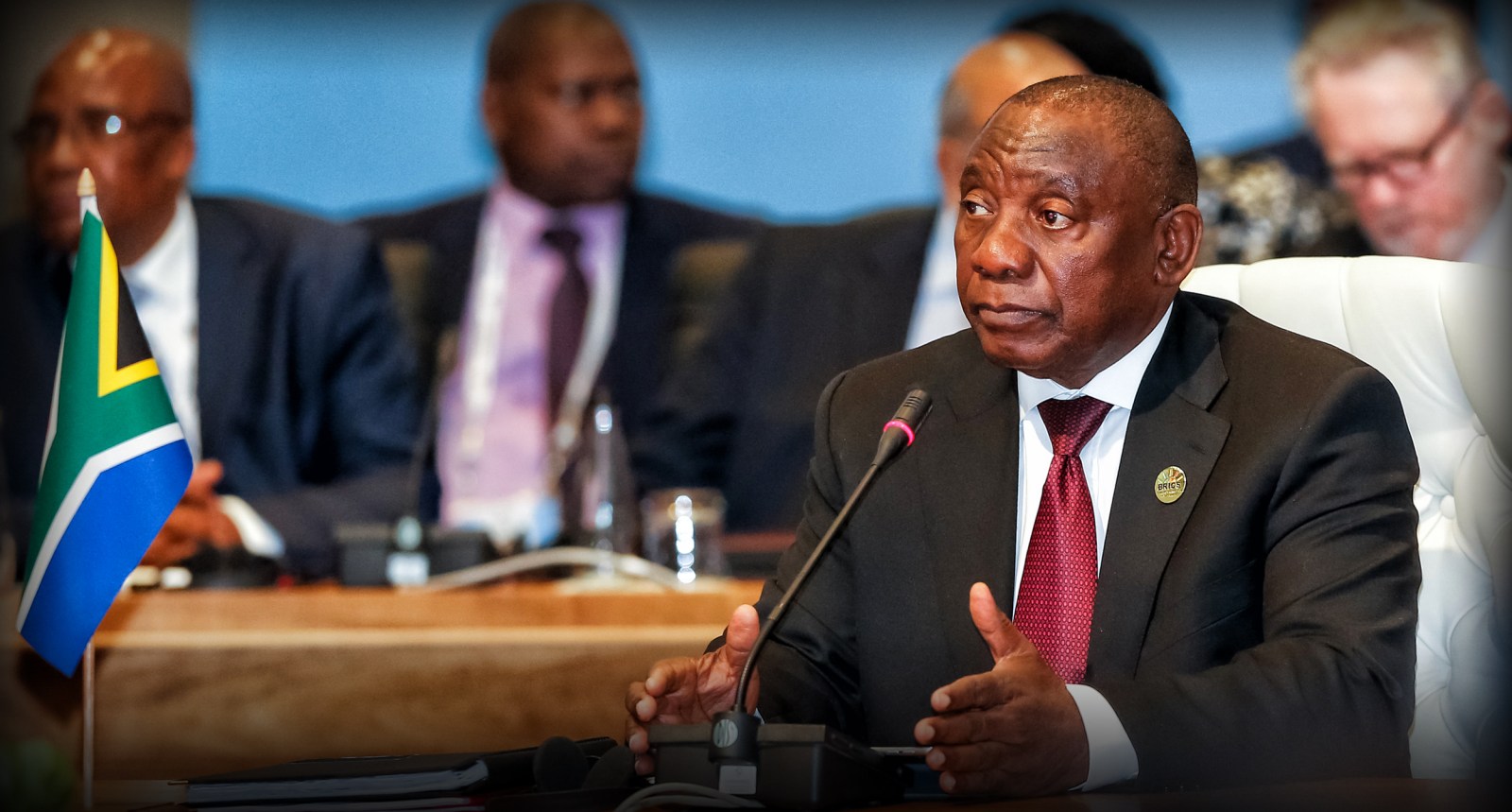 There are big numbers, and there are small numbers. And then there’s context, although with the 2019 elections steadily approaching, politicians may well just do a number to gain voters’ support at the hustings. As American business administration professor Aaron Levenstein said: ‘Statistics are like bikinis. What they reveal is suggestive, but what they conceal is vital’.

It looks attractive in the new dawn spin: $20-billion of the $100-billion investment President Cyril Ramaphosa said he’d raise over five years are in the bag, well before even the first year has passed.

What’s less clear is what those pledges would actually finance. Energy was mentioned in relation to the Saudi Arabia undertaking but that, like the United Arab Emirates pledge, would be finalised at the investment summit first mentioned by Ramaphosa at his State of the Nation Address (SONA) in February, now scheduled for October.

The one-time unionist turned business magnate, politician and now president clearly has a knack for the money stuff. It’s a good thing, because public finances are not pretty – from the Budget deficit to economic indicators like inflation, up to 4.6% in June; economic growth, revised down to 1.2%; and unemployment, remaining stubbornly high at 26.7% or, more realistically, 36.7% on the expanded definition that includes those too disheartened to continue trying to find a job.

And while the impact of the higher value-added tax (VAT), up to 15%, from 14% since 1 April 2018, “appears to have been less than anticipated”, according to the South African Reserve Bank (SARB) Monetary Policy Committee statement earlier in July, that’s from a macro perspective.

Ask any South African, and a different tale of smaller but cumulative numbers emerges: the VAT hike affected not only food prices, but also electricity costs, municipal rates, bank fees and just about anything and everything else. It means there’s less money in the pocket, particularly as the recent consecutive petrol price hikes also affected those with a car, and those relying on buses and taxis. There’s pain all round.

Tuesday is the deadline for government’s independent expert panel to review the list of zero-rated goods, currently 19 foods, and to “consider the most effective way to mitigate the impact of the increase in the VAT rate on poor and low-income households”, according to a National Treasury statement at the end of May. By early July the economic cluster ministers also stepped in to call on business and others, given the cyclical nature of petrol price fluctuations, to “be circumspect prior to increasing prices” and to “take into consideration the negative impact increases to their products may have on the most vulnerable”.

South Africa’s particular extractive type of corporate capitalism isn’t really that interested in a social compact beyond photo opportunities with government VIPs, and couldn’t give two hoots about doing its bit. Here’s a small numbers example: a bank in central Cape Town charges bistros and delis a R40 fee to change notes into smaller notes and coins!

Although consumer confidence in these days of Ramaphoria remains up, though not necessarily backed up by consumer spending given the tight purse strings, business confidence? Not so much.

“The growth forecast has deteriorated and the outlook remains constrained,” said the Monetary Policy Committee (MPC) of the South African Reserve Bank (SARB) earlier in July when it was announced that the repo rate would remain unchanged at 6.5%, leaving intact also the prime lending rate of 10%. The MPC statement cited the Rand Merchant Bank/ Bureau for Economic Research (BER) business confidence index that showed a drop from 45 index points down to 39 in the second quarter of 2018. It stood at 34 index points recorded in late 2017.

It’s the vital stuff that is remaining hidden, including reasons why business confidence is slipping just a few months down the road of the Ramaphosa presidency. Or why South African companies are sitting on R1.4-trillion rather than investing this in the national interest. There’ll be the usual blah blah blah regarding policy uncertainty, turbulence and all that, but there are a number of South African companies that had little hesitation investing in less than sure things elsewhere in the world.

In South Africa’s political economy, hardship hits all around unless patronage and political connectivity provide buffers. The cost of State Capture to the public purse runs into tens of billions of rand, and not only at Eskom which came under scrutiny as a central player in the parliamentary State Capture inquiry.

SAA remained in the air only after well over R12-billion in bailouts over the past year or so. After a series of political machinations required to finally replace board chairperson Dudu Myeni, also chairperson of the Jacob Zuma Foundation, the national airline seems to be stabilising, but not without some turbulence around executive pay and an estimated further required R21.7-billion.

Eskom has incurred losses of R2.3-billion in the 2017/18 financial year, according to its financials announced on Monday. And R19.6-billion of irregular expenditure going back to 2012 was discovered as part of the ongoing clean-up by the board and executives.

Much is being made of non-payments to Eskom that aren’t helping its precarious balance sheet. But the vital bit of information hidden from plain view is that government itself owes Eskom R21.45-billion – R14.3-billion by municipalities, R3.12-billion by national government departments and R4.03-billion by provincial departments, according to a briefing to Parliament’s spending watchdog, the Standing Committee on Public Accounts (Scopa), in June.

This week Eskom got a R33-billion loan from the Chinese Development Bank, according to one insider, that covers some 62% of its immediate financing requirement. That looks good, but less apparent remain the risks. With government guarantees totalling R350-billion, the February Budget Review put it like this:

“Eskom’s financial position is now a major risk to the economy and the public finances.”

And South Africa’s political economy and public finances are in a state, in no small way because of the approximately R50-billion tax under-collection by the South African Revenue Service (SARS), hamstrung by various politically motivated appointments, down from now suspended Commissioner Tom Moyane.

The economic growth forecast hovers at just over one percent in 2018 – less than the 1.55% population growth to 57.73-million that Statistics South Africa announced earlier in July.

National debt is approaching R2.5-trillion, according to the February’s Budget Review. In the financial jargon used more often than not to obscure, the budget deficit stands at 3.6% of gross domestic product (GDP). And that means debt – debt service costs have risen by approximately double the rate of inflation, or 9.4% – and taxes like the VAT hike and the 52 cents extra per litre of petrol in fuel levies and cuts in government spending.

Provinces and municipalities had their direct transfers from the national coffers slashed by R8,4-billion, as the Budget Review also outlined other cuts in grant funding like R7.2-billion taken off the housing settlements development over the next three years and the R3,3-billion from the education infrastructure grant.

There are at least around R30-billion in savings to be found following the above-inflation, and not budgeted for, public sector wage settlement. In the run-up to the 2019 election, it was a politically important agreement involving many of the affiliates of the governing ANC’s alliance partner, labour federation Cosatu.

Election campaigning in 2019 will undoubtedly bring out the numbers, what the governing ANC has delivered, or not, depending on which political party is doing the electioneering.

And as the politicians are painting pretty pictures on the campaign trail, the vital number of South Africa’s political economy and public finances are at risk of being obscured. And that’s just a disservice to all. DM