Bo-Kaap: The 7 Steps Minstrels give 67 minutes of their...

Bo-Kaap: The 7 Steps Minstrels give 67 minutes of their best 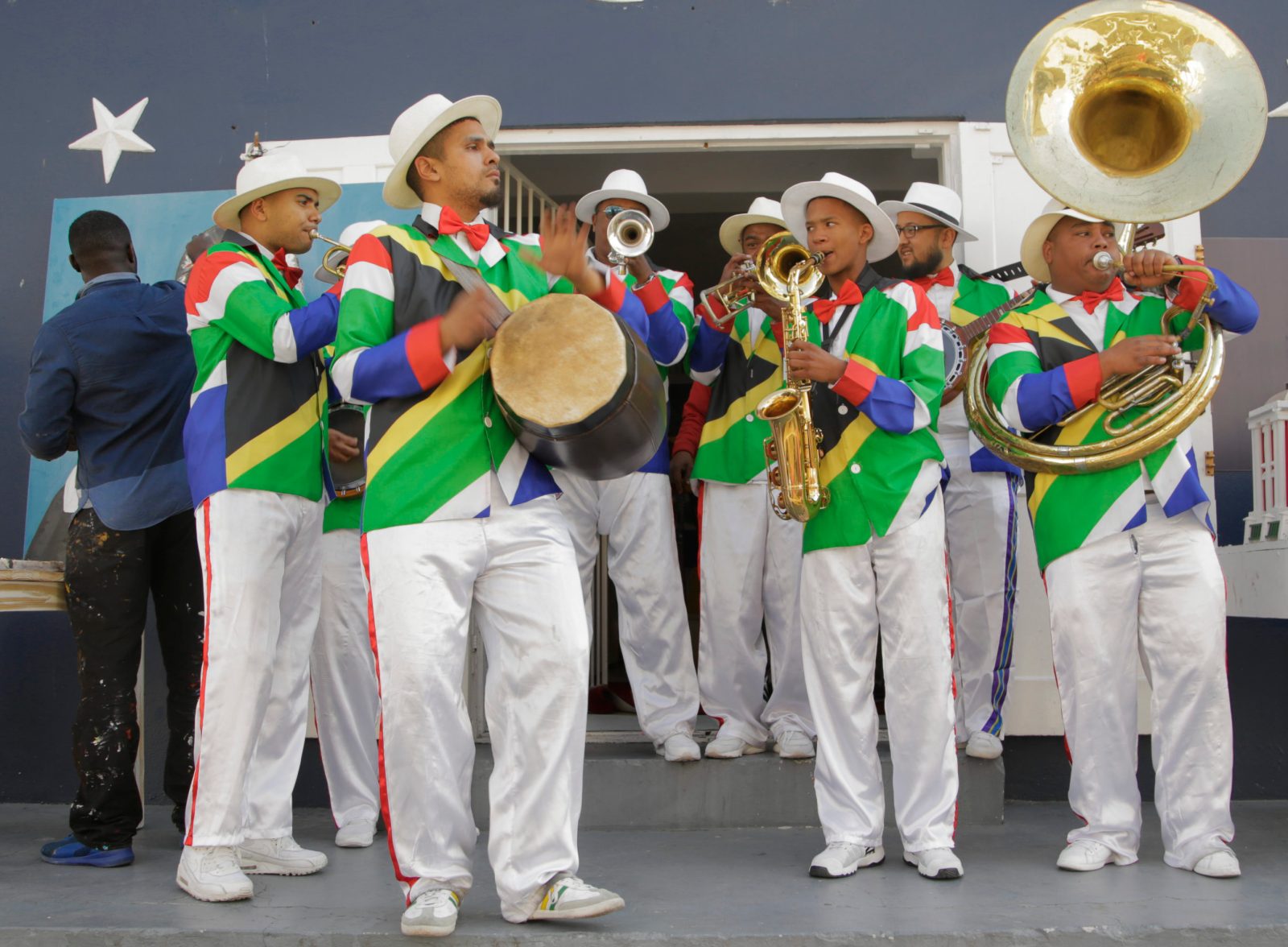 “When Mandela was released from jail, he came to Bo-Kaap,” said Kader Miller, the organiser of a 67-minutes for Mandela event held in Bo-Kaap, Cape Town on Wednesday.

The 7 Steps Minstrels troupe, based in Bo-Kaap, Cape Town, performed for 67 minutes on Mandela Day – which celebrates what would have been Mandela’s 100th birthday – while an artist completed a portrait of the icon.

When asked about the issues arising in Bo-Kaap with residents protesting against gentrification in the area as well as increased municipal rates, which are mostly unaffordable for elderly residents, Kader Miller said: “But today is about Nelson Mandela.” He placed emphasis on the event itself.

When Miller spoke to Daily Maverick, he said there were plans for Wednesday’s event to become an annual celebration of the life of South Africa’s first democratically elected president.

“Look here is a Congolese man and an artist from Bonteheuwel. Look at this – art makes the world go around” Miller told Daily Maverick.

The Congolese artist in question, Eric Gbolia moved from the DRC in 2006. He told Daily Maverick that the portrait of Mandela was his contribution to the celebrations.

But for other residents living in the area, what is happening in Bo-Kaap overshadowed Mandela Day celebrations.

Thirty-five-year-old Gadija Samuels, who has lived in Bo-Kaap for her entire life, said while the former president means “to care for the next person and to share and you can see his fight for the country wasn’t in vain,” the fight for Bo-Kaap should continue, she said, because “there are three families living in a house, and it isn’t right”.

Another resident, 69-year old Rugayha Esau, draped in an ANC scarf, said “everything is perfect” about life in Bo-Kaap – notably the area’s close-knit community, proximity to the centre of Cape Town and sense of culture.

When Esau spoke to Daily Maverick, she said planned developments in the area would create havoc for residents, many of whom have raised objections (see Op-Ed here: We will block BLOK and the city’s attempt to ransack our heritage).

“My house is opposite the 19-storey building they’re planning. I will have no sun, no view, it will cramp our style.”DM