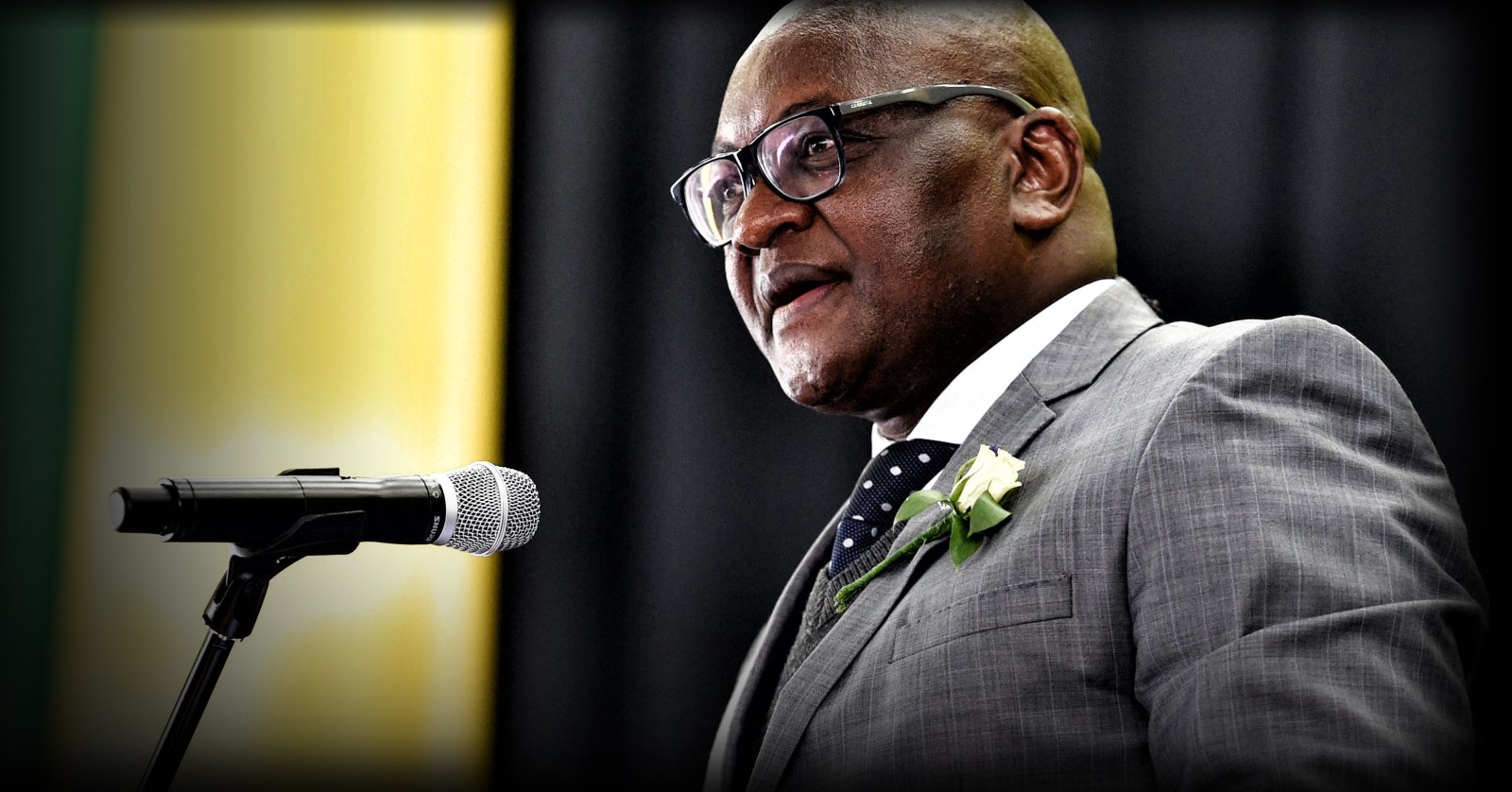 Gauteng Premier David Makhura has come out strongly against the corrupt upheaval at VBS Mutual bank, calling the alleged stealing of funds by the bank’s management obscene and objectionable. He believes that this derails efforts to transform the financial sector as the ANC in Gauteng pushes for the establishment of a provincial state bank at their provincial conference this coming weekend.

The ANC in Gauteng has proposed in its draft resolutions for its upcoming provincial congress, next weekend, that a provincial state bank be established – in collaboration with the municipalities in the province. The argument behind this proposal is that instead of enriching commercial banks by entrusting them with public funds, the provincial state bank would be used for a transformative agenda.

“You hear us talking about the provincial state bank… so these institutions are very important. You can’t push transformation unless the transformative forces have their footprint in the financial institutions.”

If this argument seems all too familiar, it’s because it was the same premise that municipalities and the Public Investment Corperation were convinced to blindly put public funds in VBS bank. But reports indicate that money was looted from the bank and some of it used to shower the Venda king with gifts worth R12-million. At the same time, the bank’s executives lived large, flying in helicopters and purchasing luxury cars.

Now, the VBS bank is under curatorship with the South African Reserve Bank investigating fraud and malfeasance. The Hawks too have instituted a probe into corruption by its Serious Corruption Investigative Unit. There have been a number of interventions to soften the blow for the poor who deposited their money in the bank while there are investigations ongoing into how the PIC and many municipalities decided to invest in VBS despite being advised against it.

Makhura is very aware that the scandal surrounding VBS bank may hamper any talk of a provincial state bank which would even vaguely follow the same business model, and he is annoyed.

The premier has dubbed the actions of the bank’s executives which led to the turmoil as “obscene and objectionable”, saying their only motive was sheer greed.

“It’s a big disappointment for many of us who worry every day that the transformation of South Africa’s economy gets undermined due to sheer greed,” Makhura said.

He is right. The Reserve Bank, let alone the public, would be sceptical of supporting the Gauteng ANC’s provincial state bank ambition. More so that Gauteng itself was not shielded from the scandal around VBS. Makhura said the provincial treasury is investigating how two municipalities in the West Rand got to invest their money with VBS.

Makhura has come to realise that the VBS scandal makes their bid to establish a provincial bank a delusion but he hopes to convince people otherwise.

“We need this. This is the time in our economy that we need, particularly, black financial institutions that would harness the savings of people and deploy those savings to economic transformation and empowerment,” he said.

He is further quick to note what those involved in the corruption at VBS have done; “it shames us who are pursuing change”.

Another issue facing the coming ANC provincial conference is how it deals with corruption as several research reports show that the ANC loses at the polls when it appears to be soft on corruption. This has become a challenge for Makhura who has been accused of using investigations into corruption against his detractors.

Makhura himself is not contested for the position of ANC provincial chairperson but it’s the deputy chairperson position that is up for grabs. MEC for economic development Lebogang Maile, MEC for education Panyaza Lesufi and former Johannesburg Mayor Parks Tau all have their eyes set on that position.

Makhura faced the wrath of a part of the ANC Youth League who are supporting Maile, who accused him of instituting an investigation into alleged corruption against Maile to derail his political campaign.

They made the same accusation in relation to Emfuleni Mayor Jacob Khawe who is contesting incumbent Hope Papo for the provincial secretary position. He too is facing a corruption probe.

Makhura remains committed, saying he was not using investigation to purge political detractors, but rather wanted to see consequences.

“Every year you had stockpiles and stockpiles of lack of consequence management. So I decided last year that now let’s go back to all the forensics reports instituted in the province. Let every department show the action they took out of those findings and those responsible are held accountable.”

The run-up to the upcoming provincial conference has seen serious contestation which was not the case at the last conference in 2014. Makhura held firm to the notion that contestation is healthy and does not mean there are cracks within the party.

“We are not worried about contestation. We are confident that this contestation will give us the best and most talented team we can ever get in this province.”

While Makhura and provincial secretary Papo said all is on track for the conference that is due to begin on Friday morning in Irene, there is a possibility of a court challenge. ANC members in Sedibeng have instituted legal action against the provincial and national leaders, claiming that there was maladministration in the regional conference where there were allegations of a breach of party processes.

Both Makhura and Papo insist that they will be vindicated by a court because they followed all internal processes to the letter. They have also threatened that members who take the party to court and lose would have to pay the full legal costs from their own pockets.

Makhura noted that these court cases were not merely about aggrieved party members but hinted that it may be sponsored externally – a view shared by other party leaders. DM

Hunter is an EWN political reporter.