In Numbers: The World Cup's frivolous facts and figures...

In Numbers: The World Cup’s frivolous facts and figures summed up 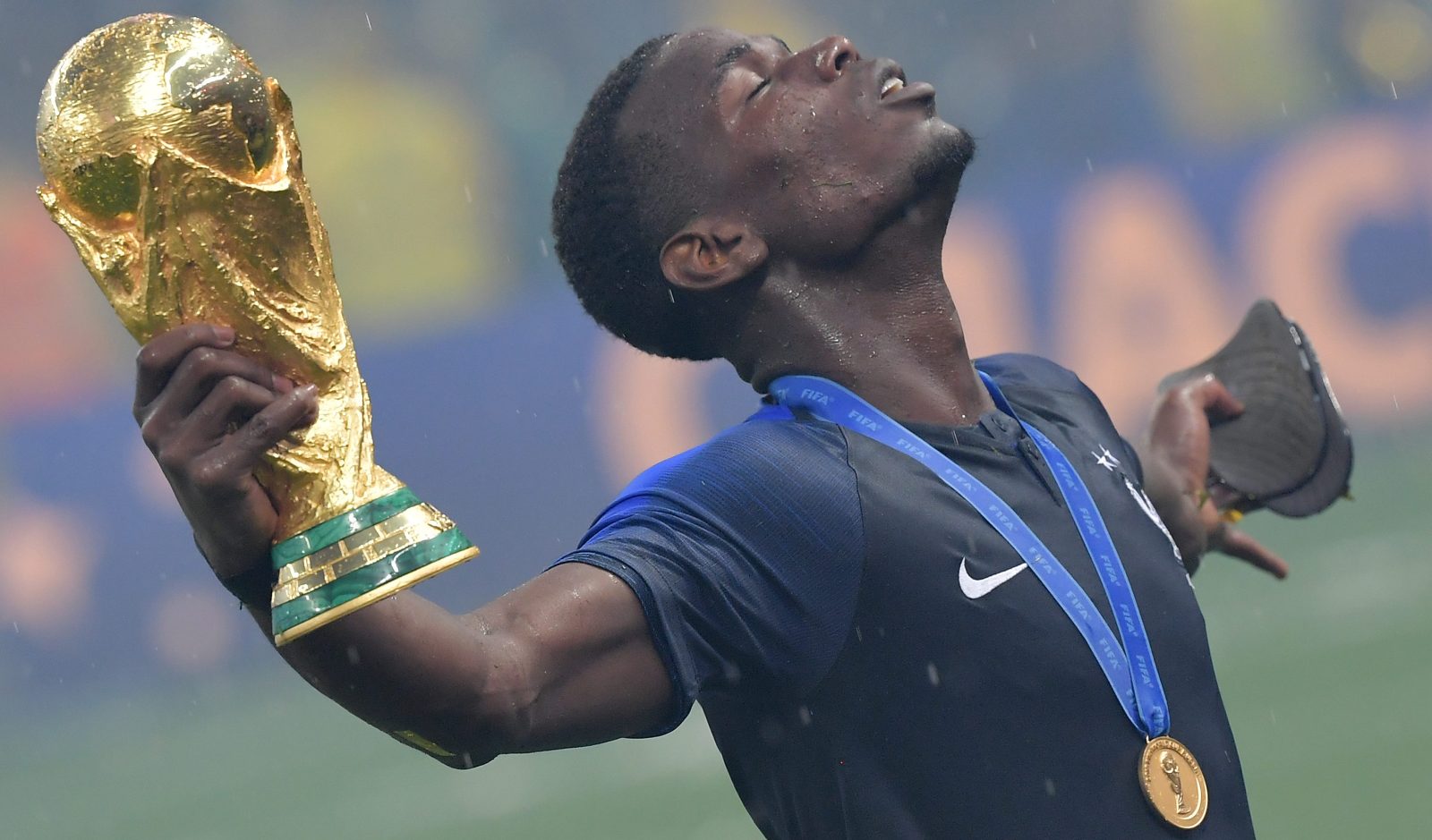 Paul Pogba of France celebrates with the trophy after winning the FIFA World Cup 2018 final between France and Croatia in Moscow, Russia, 15 July 2018. EPA-EFE/PETER POWELL

It's not a World Cup until you've chewed over all the numbers.

After a whirlwind 64 matches, the 2018 World Cup ended like it started: with a glut of goals as France secured their second title with a 4-2 win over Croatia.

Luka Modric earned himself the player of the tournament award, Harry Kane the Golden Boot and Thibaut Courtois the Golden Glove.

The average number of goals at this year’s tournament, a touch less than the 2.67 average in 2014.

The number of goals scored in the final, the most in a final of the tournament since 1966, when England beat West Germany 4-2.

The number of penalties scored out of the 29 awarded.

The number of penalties missed or saved.

The number of own goals.

The stoppage time minute of the tournament’s latest goal. Neymar holds that honour.

The number of goals scored by Belgium.

Egypt’s total points tally in all World Cups. Ever.

The number of yellow cards at the World Cup.

Total number of passes completed in the entire tournament.

Neymar’s attempts on goal for his total of two goals.

The number of goals scored in the 90th minute or later (excluding extra-time), more than in any previous edition of the competition.

The number of goalless draws at the tournament.

The number of goals scored through set-piece situations, the highest percentage since 1966.

The estimated number of times somebody complained about seeing (and hearing) that Three Little Birds advert. Here it is, for the last time, hopefully never to be repeated again: