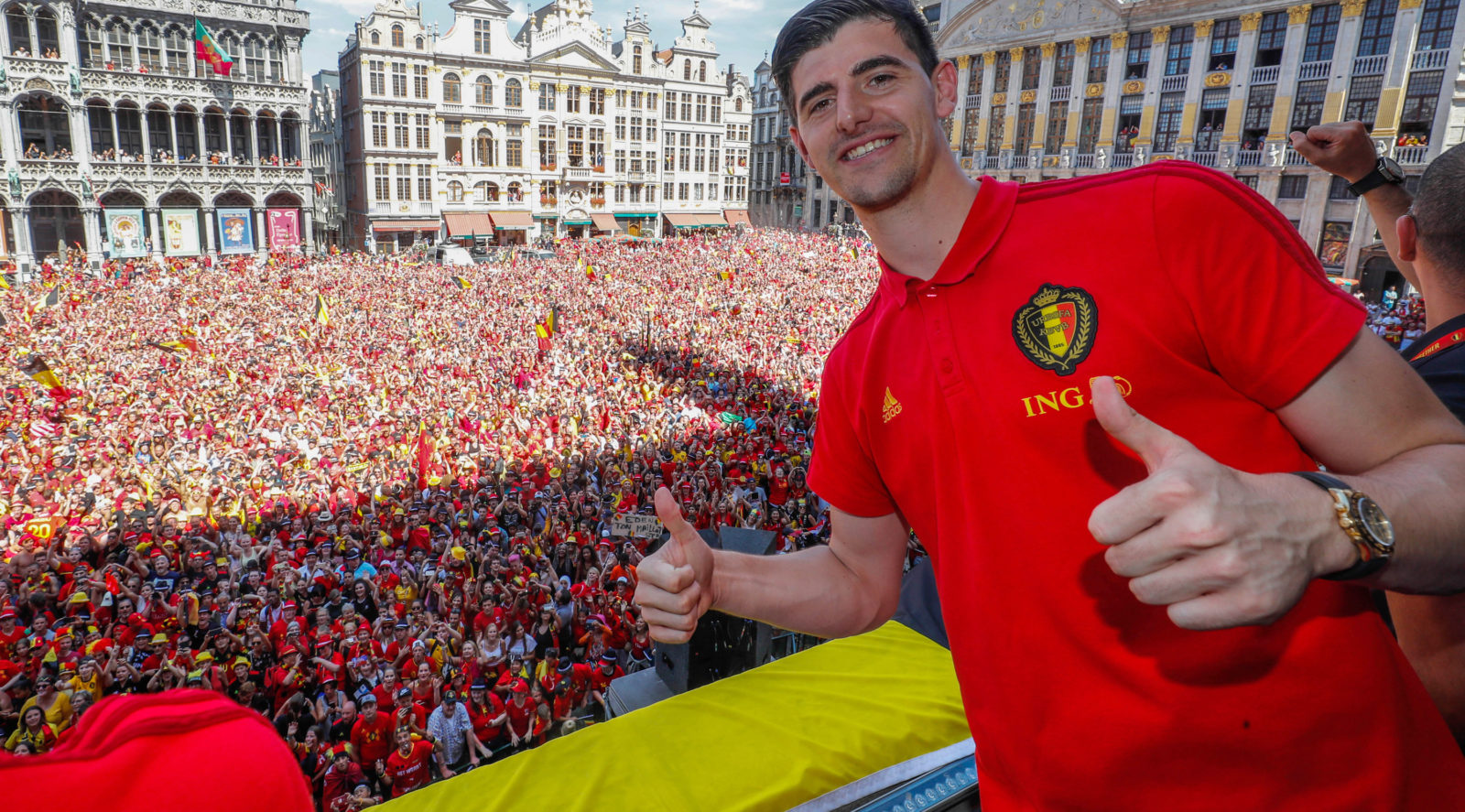 Belgian soccer team goalkeeper Thibaut Courtois waves to the fans while appearing on the balcony of the city hall at the Brussels' Grand Place in Brussels, Belgium, 15 July 2018. Belgium got the third place in the FIFA World Cup 2018 in Russia. EPA-EFE/YVES HERMAN / POOL POOL REUTERS

Glovemen don't get nearly enough love. Unlike the Golden Boot award, the last two winners of the Golden Glove both came from the tournament-winning team; this year is an exception.

Goalkeepers tend to be remembered for the things they do wrong and while almost everyone can rattle off the names of the tournament’s leading scorers, the glovemen don’t get much love.

So, while you’re watching the highlights drooling over fancy footwork, spare a thought for the last line of defence.

A total of 27 saves in six matches played. The lanky Belgian wasn’t the most accurate percentage-wise, but he was mightily impressive. It’s his second Golden Glove award in 12 months, having also won it with club side Chelsea in the Premier League in the 2016-17 season.

With 25 saves in four games, Mexico’s Guillermo Ochoa almost single-glovedly helped his side progress to the last 16. It didn’t help much when they couldn’t score (or defend) against Brazil, but credit to the keeper who before the tournament was most famous for the rumour that he had six fingers.

What could have been

No pressure when your dad is Peter but if there was any, Kasper more than lived up to it. His monumental effort in the (terrible) penalty shootout against Croatia wasn’t enough to see Denmark through, but he did have the highest save-rate percentage (91.3 percent) of players who featured in four or more games. Who knows what might have happened if Denmark had progressed.

Beyond all of England’s sports science mechanics, they have Jordan Pickford to thank for helping them exorcise the ghosts of penalty shootouts past. With 17 saves in seven games, his save rate of 68 percent is the lowest of the top five, but he had enough brilliant moments to remind everyone that the future of English football is northern.

Not even a dodgy hamstring could force the Croatian off the pitch before a penalty shootout. He ended the tournament with 12 saves in five games and while he couldn’t muster up any magic in the final, he gets an A for effort.

Part-time filmmaker, full-time legend. Hannes Halldórsson saved a Lionel Messi penalty to earn a Man of The Match award – and make his dad immensely proud. He conceded five goals in the tournament, sure, but if we can’t have a moment of “nice” then what can we have?

The moment when your son saves a penalty from Lionel Messi and is voted man of the match. Proud and full of emotions. We love this game!

Joining the honourable giant-penalty-saver club, Iran’s keeper cemented his place in footballing folklore by repelling a Cristiano Ronaldo spot kick. That effort was enough to secure a memorable draw for his team. He made seven saves in three games, conceding just two goals. If that’s not enough, his story of being a runaway who slept on the street to make it as a footballer should go some way to warming the cockles of your heart.

He had to wait until Egypt’s last game of the World Cup for his chance, but Essam El-Hadary made history by becoming the oldest player at the tournament. At the tender age of 45, he put in a valiant shift against Saudi Arabia, saving a penalty. But his heroics weren’t enough to save the Pharaohs from a humiliating defeat which left them bottom of the group and yet to earn a single point at any World Cup.

Just one save in four games (a meagre 14 percent save rate), De Gea, much like his team, had a ‘mare of a tournament. We’re not going to rip the Premier League’s reigning Golden Glove winner too much, so we’ll just say this: ag shame. DM