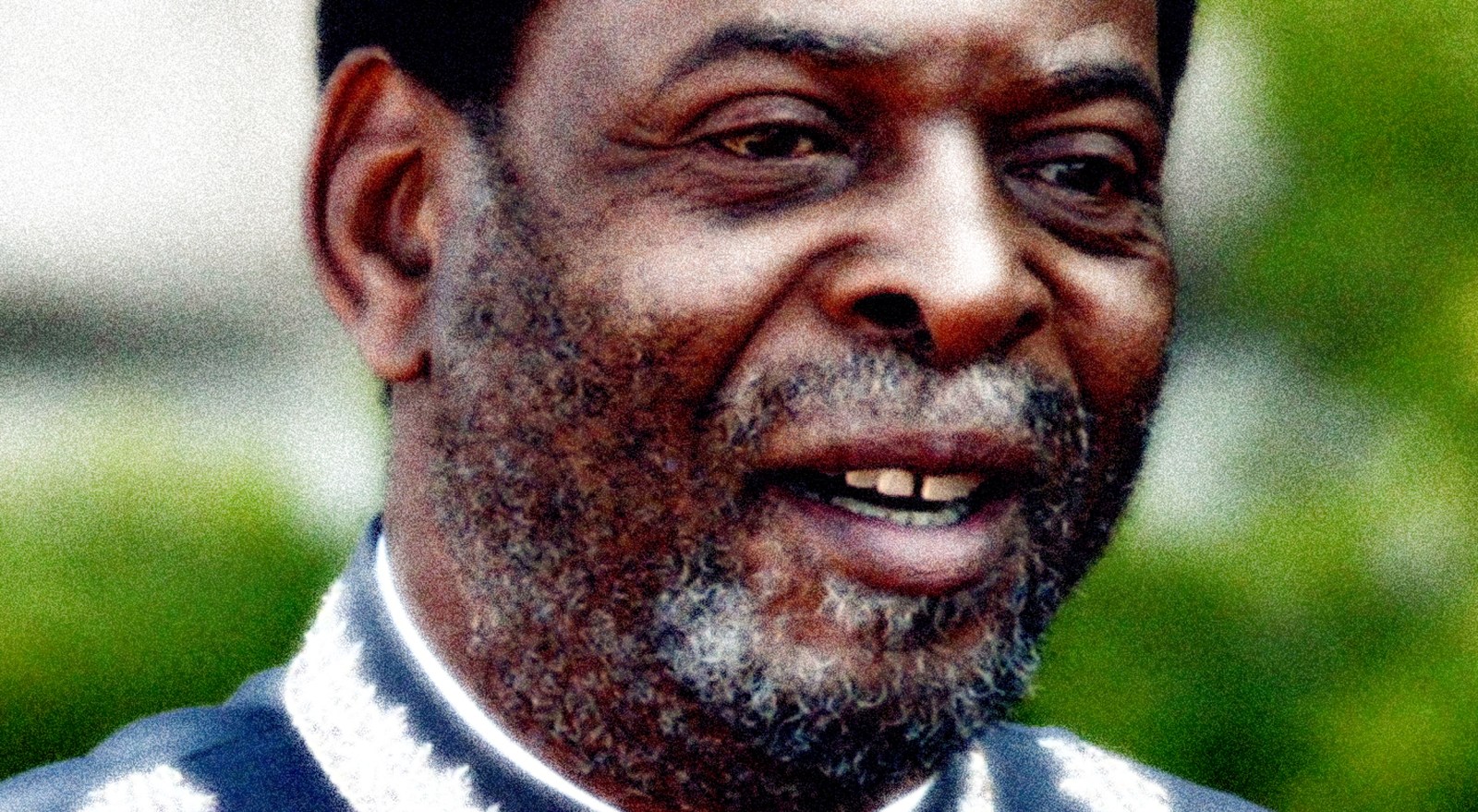 Speaking in Ulundi on Wednesday, amaZulu leaders including King Goodwill Zwelithini and IFP leader Mangosuthu Buthelezi rallied against changing Section 25 of the Constitution to expropriate land without compensation. In reality, they were conflating different land issues and using scare tactics to keep control of land under the Ingonyama Trust rather than allow tenants their customary land rights.

Addressing a land imbizo he hosted on Wednesday, Zulu King Goodwill Zwelithini defended traditional leadership’s right to control land under his Ingonyama Trust and said he and his people will fight to maintain the status quo as land expropriation and land ownership in communal areas are in the national spotlight.

Zwelithini employed the often-used tactic by traditional leaders when their powers are threatened of suggesting he would instruct his people not to support any political party that challenges the powers of his monarchy.

The king was speaking in Ulundi, KwaZulu-Natal, as Parliament continues to hold public hearings into whether to amend Section 25 of the Constitution to promote the expropriation of land without compensation.

Zwelithini and IFP leader Prince Mangosuthu Buthelezi both denied they wanted to go to war over potential attempts to change the laws governing land controlled by the Ingonyama Trust, but still suggesting in their denials that they might mobilise supporters to rally against any political opposition and defend their position with any means necessary.

The Zulu leaders’ defensiveness and claims to victimhood are strange in the context of the Section 25 discussions. Beyond calls for the expropriation of white-owned land without compensation, there has been little conversation about what should happen to land administered by traditional authorities, such as that under the Ingonyama Trust, which oversees almost 30% of land in KwaZulu-Natal.

Zwelithini and Buthelezi are less worried about expropriation than plans, which have long been policy proposals, to provide those living in communal areas with security of tenure. That would include dismantling the Ingonyama Trust, accused of autocratically administering land, which is lucrative to the traditional leadership and forms the basis of its power.

Buthelezi on Wednesday summarised a speech he gave at the National House of Traditional Leaders last week, where he said the institution of traditional leadership is currently under threat. He correctly said government has offered no detail on how land expropriation might occur or how such land might be administered. But he then became defensive:

“Effectively, the first land expropriated without compensation would be the land of traditional communities,” he said.

The Zulu traditional leadership are purposefully trying to conflate two separate but related issues – expropriation and security of tenure in communal areas – to mobilise support in order to maintain their power.

“This is completely separate from that debate,” University of Cape Town’s Dr Aninka Claassens, who has vast experience in land issues, said on Monday on the Ingonyama Trust and expropriation.

There have long been calls to provide security of tenure for the 17 million people living on communal land, the former homelands, and recommendations in former president Kgalema Motlanthe’s recent high-level panel report endangered traditional leaders’ vast powers over such land.

That’s really what Zwelithini and Buthelezi are against.

Motlanthe has been criticised for saying traditional leaders who administer land act like “tin-pot dictators”. His panel said people living in the former homelands are vulnerable in terms of their access to land rights and the Ingonyama Trust Act should be repealed and the Interim Protection of Informal Land Rights Act be strengthened to protect citizens’ customary land rights.

The recommendations from Motlanthe’s panel have not been adopted by government. At the ANC’s last national congress it committed to exploring the idea of land expropriation and said the party must “democratise control and administration of areas under communal land tenure”.

Co-operative Governance and Traditional Affairs Minister Zweli Mkhize said last week that it would be meaningless to expropriate land from traditional authorities as they are essentially already black-owned and administrated.

To woo traditional leaders, politicians in the democratic government have reinforced the rule of traditional leadership, the current iteration of which was established in the pre-apartheid and apartheid eras, which currently co-exists with the values of the Constitution but in reality is often enforced in the same manner wielded by autocratic traditional leaders who acted as stooges for the apartheid government before they saw the writing on the wall and embraced the ANC.

“The very people who bore the brunt of the Land Acts [from 1913 onwards] are again being subjected to imposed tribal identities that undermine their right to equal citizenship and constrain their capacity to enforce their property rights,” wrote Claassens in a 2015 essay.

Buthelezi and Zwelithini want to make sure it stays that way.

On Wednesday she said the Ingonyama Trust and similar systems across the country were meant to be a temporary arrangement where tenants have nominees, the trust, acting on their behalf. But the systems have continued, even been reinforced by law, and as ownership rights are denied, traditional leaders can make unilateral decisions on what happens to someone’s land, such as giving it to mining companies, with no recourse.

“In my view what’s wrong on communal land exemplifies the dangers of expropriation,” said Claassens.

Families can be dispossessed of their land at any time and traditional leaders can do so for the benefit of mining companies or other investors, often meaning that the elite continue to benefit, with no mechanisms to hold the leadership accountable.

“We cannot have a situation in South Africa where one man has control of all the land.”

She added: “Our people are being tenants in their own land, either Zwelithini’s tenants or government’s tenants.”

She said communities need the right to be consulted on what happens on their land, which in communal areas they’re currently denied. On land expropriation she said experience has shown that politicians will not prioritise the poor but use it to benefit connected businesses.

Speakers at the Wednesday imbizo denied that the Ingonyama Trust failed to benefit people and hit out against Motlanthe’s recommendations.

“It’s jumping the gun to say this is justified because they are concerned about land tenure. It’s really silly,” he said.

The IFP leader claimed the trust had been administered with transparency, was audited by the Auditor General, and those calling for reform were “clever by half”.

But the system continues to deny residents the right to tenure of security and control over what happens on the land they occupy. Zwelithini and Buthelezi are threatened by calls to empower regular citizens and don’t mind suggesting they will destabilise the country if they don’t get their way. They’ve done it before. DM