Last 16: Winners and goals as Brazil and Belgium edge t...

Last 16: Japan were worriers and Brazil go rolling on 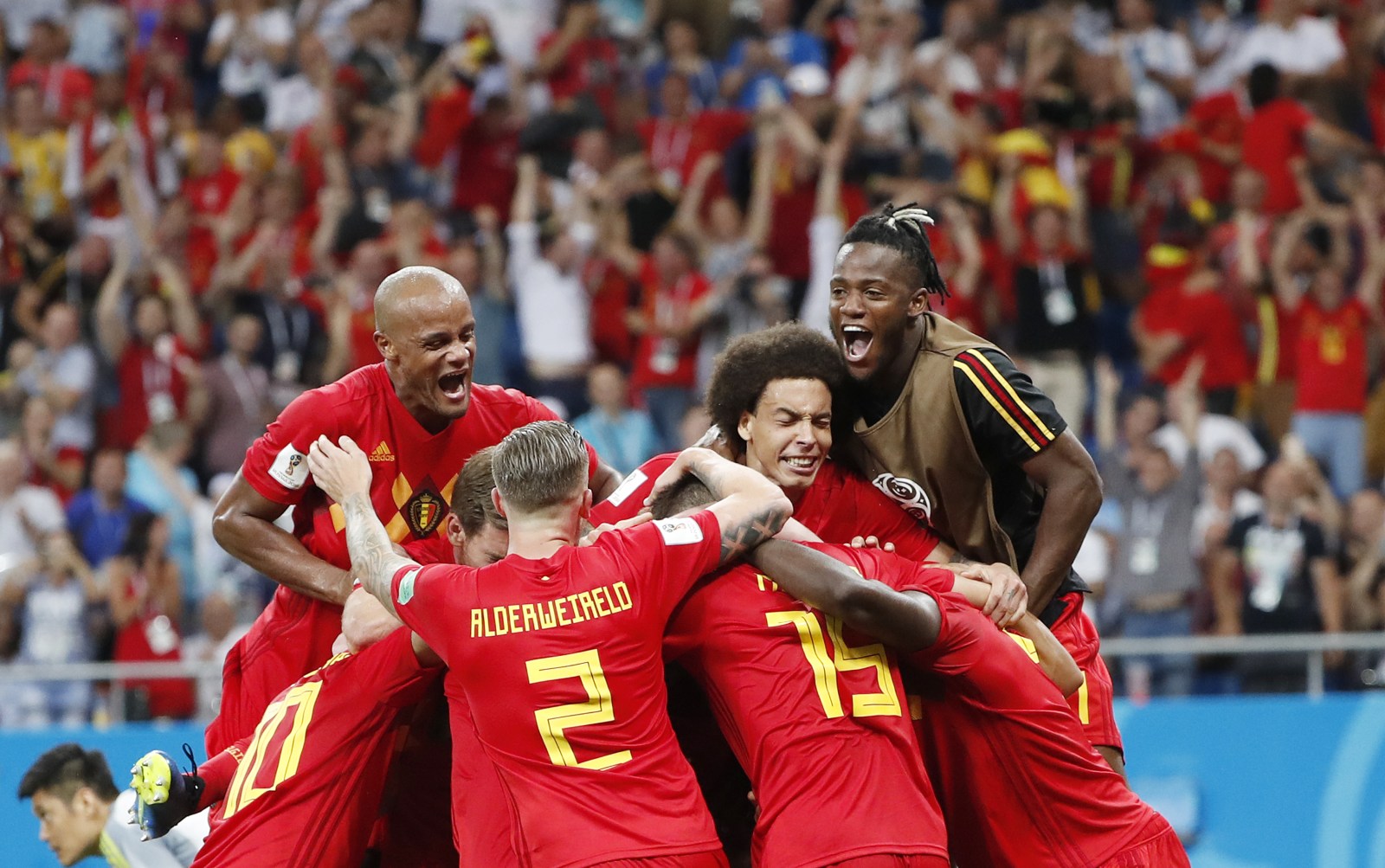 Players Belgium celebrate after scoring the winning goal during the FIFA World Cup 2018 round of 16 soccer match between Belgium and Japan in Rostov-On-Don, Russia, 02 July 2018. EPA-EFE/FRANCIS R. MALASIG

Brazil are through. Belgium nearly aren't. Japan are buckets of fun. Mexico are nowhere. The big guns will meet in the last eight.

As the kids would say, with this World Cup: “we can’t even”.

Brazil are on course for a sixth title after booting Mexico out, Belgium and Japan kept the “what the hell is going on” tradition going strong.

Japan, who wriggled their way into the last 16 through fair play, very nearly rewrote the history books by upsetting Belgium.

It took more than 45 minutes for the teams to get going but when they did, it was quite something. The hope of using “Takashi’s Castle” as a headline was ultimately ruined, but thumbs up to Japan regardless.

Not only did they very nearly give Belgium a lesson in clutch-play, they gave Brazil a lesson in how to play without needing to throw a vloer moer when things don’t go your way.

Belgium were the better team in the first half, but Japan defended like warriors and even threatened a few breaks of their own. The second period was mad from the off. Genki Haraguchi and then Takashi Inui found the back of the net within minutes of the whistle for the underdogs.

But this is the 2018 World Cup and things don’t happen without drama. First, Jan Vertonghen headed home with what is either the goal of the tournament or the fluke of the century. Then Marouane Fellaini, on as a substitute, headed home to level.

We looked set for another bout of extra-time until Nacer Chadli, in the dying seconds of stoppage time, forced in after Belgium broke following a fluffed Japan corner at the other end. Perhaps it was a touch of inexperience manafesting as panic, but Japan bow out gracefully.

For Belgium, this performance was a far cry from the riot they started the tournament with. Maybe it was all that time off against England for their big names. Boss Roberto Martinez made ten changes to his XI for this fixture. Maybe this fright has woken them from their slumber.

Goal of the match: Vertonghen’s fluke

For the first time in a few days (and only for about 90 minutes), the 2018 World Cup behaved normally. Sort of. Brazil, who have a record sixth title in their sights, easily beat a Mexico side that crashed out at the last 16 stage for the seventh consecutive time.

Romantics would have you believe something special was possible, especially after a cagey first half from Brazil. But not long into the second Neymar turned his class into an opener, with Roberto Firmino sealing the deal just two minutes before regulation time was up.

But scorelines alone don’t always tell the full story. Mexico had 14 shots with just one on target, while Brazil had 20 (ten on target) which perhaps offers a more meaty nugget of what transpired.

Credit, too, must go to the Brazilian defence. They have conceded just one goal at the World Cup so far and have not conceded more than two in a match since the 2-2 tournament qualifier against Uruguay back in 2016.

In Russia, it doesn’t even look like the Samba Boys have reached their highest gear yet. Unless you count Neymar’s theatrics. The striker was, once again, the subject of much scrutiny and ridicule.

Does he hold the cure to all the world’s ills considering how briskly he seems to be able to recover after the apparent severity of injuries he routinely suffers?

It’s a shame that one of the world’s best players feels the need to play-act so extensively when he can do so much more with his feet than clutch them with a wince. As somebody remarked, perhaps the “Jr” in his name stands for “Just Rolling”.

Neymar has sneaked into the Golden Boot standings with two goals to date, but he’s a long way back from leader Harry Kane.

Goal of the match: Firmino’s firepower

With an assist from Neymar to boot, of course. It’s the kind of fleet-footed, silky tap-in loveliness that’ll make their next opponents feel  damn uncomfortable. DM