Driving nails into the coffin of Safari Club International 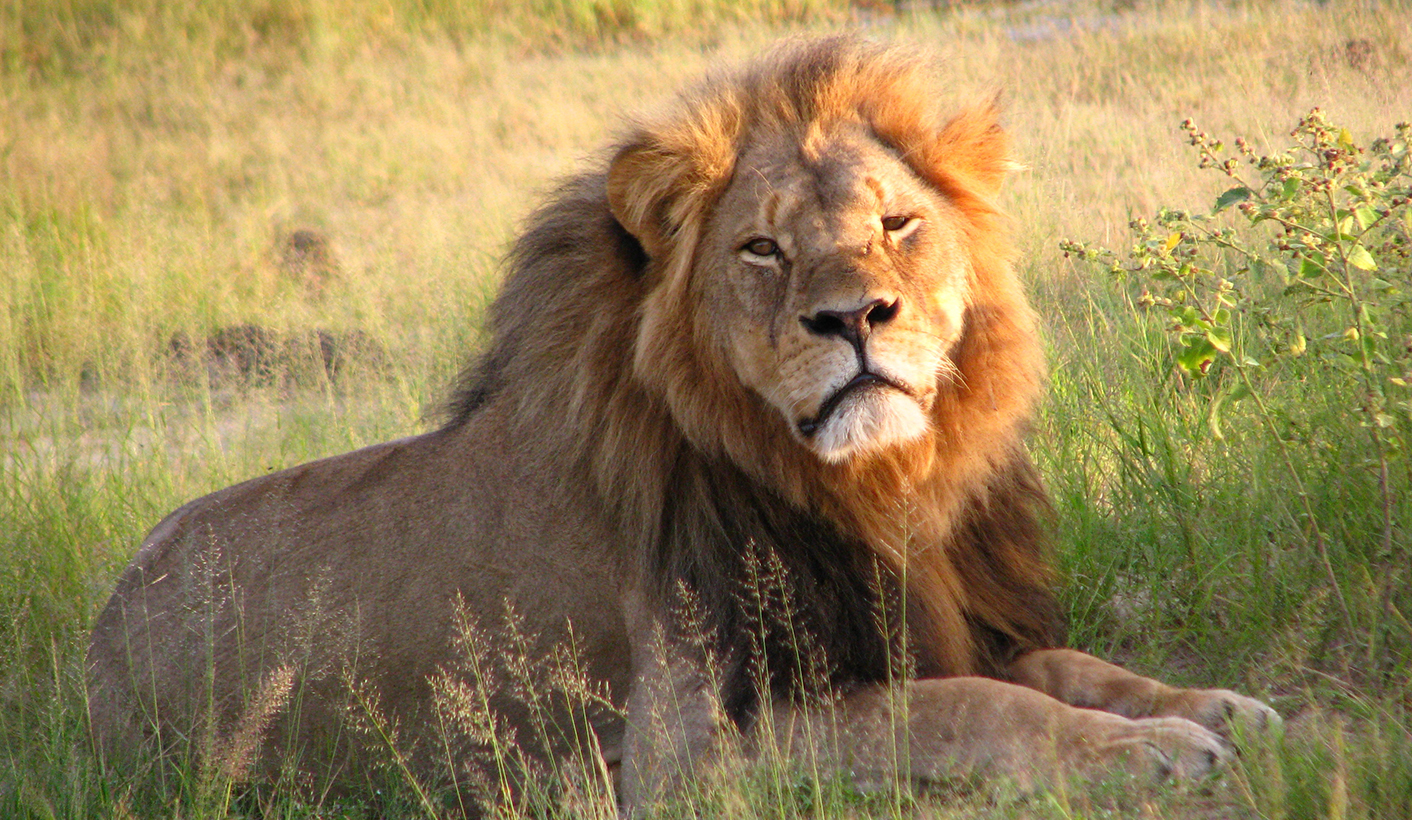 Trophy hunting is not about science, rights or traditions, or about personal choices. It is about right and wrong, good and evil. The self-evident truth is that killing for pleasure and profit is morally wrong.

People around the world are following the search for Skye, the pride male lion who disappeared after a 7 June hunt. There was no such mystery after the killing of Cecil – three years ago next week – in Zimbabwe. We knew the details and identities of those involved immediately, and international headlines appeared within 24 hours. But the hunt industry has since closed ranks, and as journalists beat the bush for information, those who have the answers are withholding them.

The selling of animals to globe-trotting trophy hunters has long been controversial. But Cecil was a turning point, igniting unprecedented outrage.

His killers exposed trophy hunting as the merciless business it has always been and which is now a threat to our planet’s rapidly disappearing wildlife.

Afterwards the hunt industry sought absolution with extravagant conservation claims, including providing an anti-poaching presence, which were not, however, supported by evidence.

These claims began in earnest with a growing need to buy public acceptance. For the first time, professional hunters and their clients were and continue to be under scrutiny. The reality is that wildlife watching has the lion’s share of total tourism revenue in Africa and everywhere else. So it is not only wildlife populations threatened by the killing of the biggest and best, but tourist numbers as well. Many are repelled and angered by the grisly details of hunts circulating in mainstream and social media.

It has been reported that Skye was killed by a Kentucky millionaire. We can guess his identity, but in a way it doesn’t matter. He is a Safari Club International member, and one of a subculture of elites who enjoy killing large numbers of rare big “game” animals.

In one decade, American trophy hunters alone killed 5,552 African lions. From 2005 to 2014, they brought home more than 1.2 million trophies of more than 1,200 different kinds of animals. They compete in killing the most animals for the most rewards, and are avid collectors of victim body parts.

They stage gala award events to celebrate and congratulate. It’s all tax-exemptible guts and glory, and without it does anyone imagine they would be interested in protecting wildlife? If they sincerely want to save species, let them offer the dollars without demanding a life in exchange.

US journalist, author, and prominent Republican Matthew Scully has spent considerable time watching and writing about the SCI, dispelling any idea of it as an environmentally-friendly, conservation-minded organisation. They are coldhearted killers, he tells us, and “respect” means only the courtesy of leaving enough behind for the next hunter. Surveying the stacks of marketing brochures filled with the “pornography of bloodlust” and price lists, he writes:

“You don’t have to be the fainthearted type to take in a scene like Safari Club and feel that something has gone horribly wrong, something involving our own human dignity every bit as much as the animals’.”

Still SCI manages, through intense lobbying and funding, to convince governments everywhere to facilitate what its members do. But it seems lawmakers and even mainstream media are not yet recognising the change in public attitudes towards all nonhuman animals.

We now know much more about the high intelligence and complex social behaviours of lives that parallel our own. Trophy hunting is not about science, rights or traditions, or about personal choices. It is about right and wrong, good and evil. The self-evident truth is that killing for pleasure and profit is morally wrong. It is a crime against nature and opposition across North America is rapidly becoming political.

“The state of California can’t stop a misguided African government from allowing the hunting of endangered animals in its country. Nor can it stop the US government from permitting the importation of these trophies. But it can discourage such hunting by barring hunters from bringing new trophies to California and keeping them in their homes or elsewhere. This bill would mean no new heads mounted on walls should it be approved.”

In a more direct response to the June hunt, US conservation and welfare groups are now urging the Trump administration to immediately deny import permits for all lion trophies taken near Kruger National Park in the Umbabat Reserve.

Safari Club types largely come from the west; we know them well. Canada is the leading exporter of trophies to the US, ahead of South Africa. We know they are not interested in conserving wildlife except to protect their game. They assuredly do not acknowledge that iconic species are now struggling for survival with intense human-caused pressures on habitat and range movement. But there is no time to wait while we work out our differences. If future generations are ever to live in the same world as wild lions, elephants, giraffes – and all targeted victims the world over – these people must be stopped. Ethics-based approaches to wildlife conservation and co-existence issues must be and are being found.

Tourists Against Trophy Hunting (TATH) is an international lobbying coalition. We are conservationists, journalists, photographers, activists, tourism operators, and tourists, and through member connections reach a global audience in the millions.

We oppose trophy hunting everywhere. One year ago we challenged hunts surrounding Kruger National Park in an Open Letter published in South African media. We now challenge it again. It is appalling that wildlife in a protected park continues to be traumatised by hunting concessions along its boundaries.

The dropping of fences ostensibly to improve both wildlife-watching and offer more room to roam was in reality a cold calculation. SCI hunters in their forums refer glibly to Kruger as the “factory”, reliably turning out their trophies.

Sabi Sands is one model of how to shut these killers out. Umbabat, Timbavati and the other area “game” reserves callously use the fences to profit from both sides. In spite of ongoing challenges to these opportunistic hunts, we see a government that is unresponsive and seemingly indifferent to the fate of African wildlife.

A keynote speaker at the UN World Tourism Organisation recently said it is time for ecotourists to find their voice. We are, and our contempt for this pillaging of the world’s wildlife is being heard. TATH joins the urgent call for details and names surrounding the June hunt. We want this killing, along with the murder of Cecil and Xanda and all of the unnamed elephants and lions, bears and wolves, to become another nail in the coffin of Safari Club International. DM

Judy Malone writes on behalf of Tourists Against Trophy Hunting.