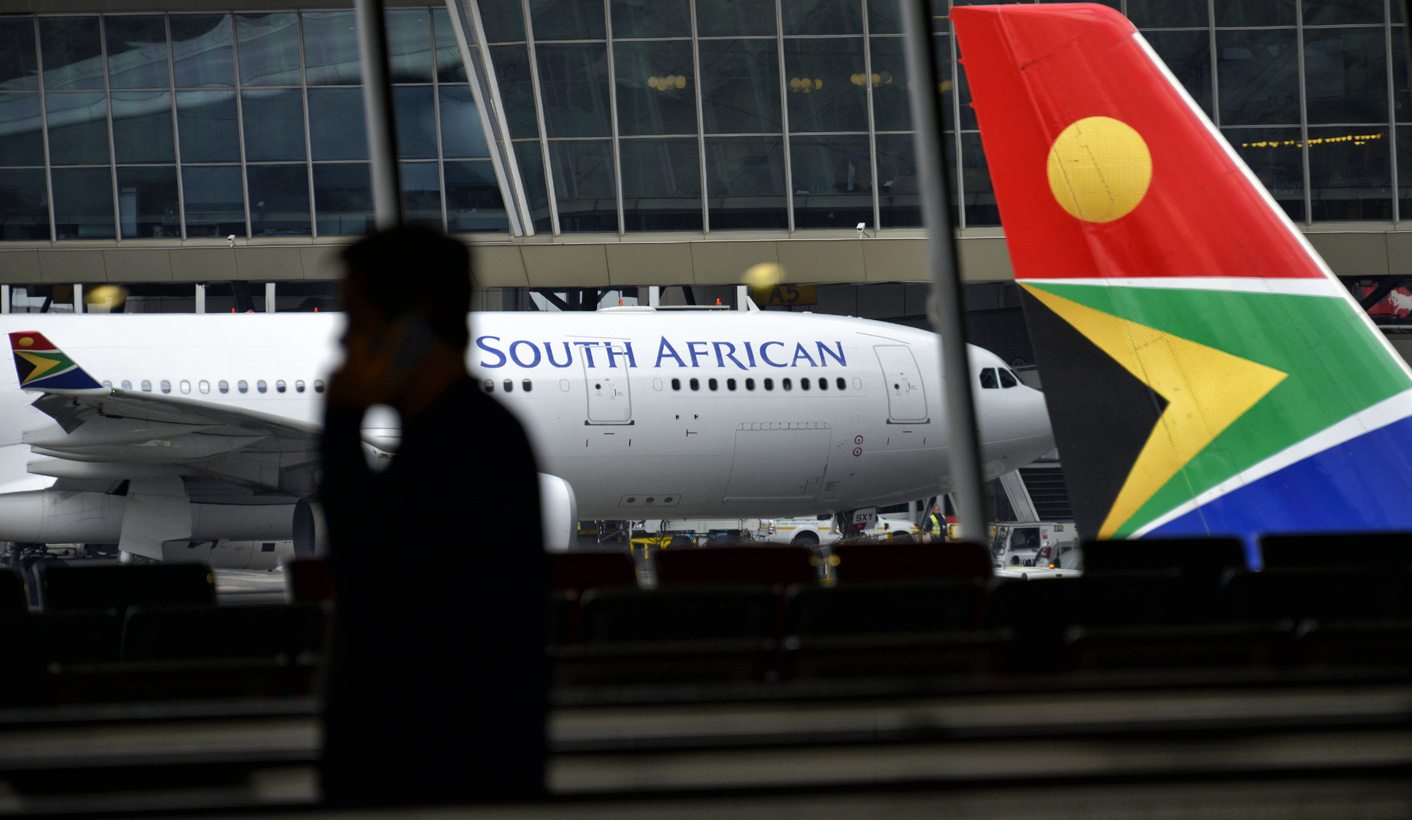 Archive Photo: OR Tambo International Airport. Archive Photo: A passenger passing a South African Airways (SAA) plane and the tailfin of another at OR Tambo

Former acting CEO of South African Airways, Musa Zwane, has broken his silence following media reports of a disciplinary finding against him. 'I might have made mistakes in carrying out my duties but by no means in a dishonest way.'

Zwane had earlier told Daily Maverick that he could not comment on the outcome of the hearing before chairman, senior advocate Nazeer Cassim, as he had not been sanctioned as yet by SAA.

Following media reports, Zwane released a short statement in which he apologised for his role in the BnP Capital scandal, a deal that triggered the charges against him.

“I would like to inform the public that I take full responsibility for what took place at SAA when I was Acting Group CEO.

“It’s important to note that I took up this position when no one in our team was prepared to risk their careers.

“I was fully conscious that it could end in the manner that it has ended. My decision to take this job was informed, to a large extent, by my love for the 11,000 SAA employees.

“I would like to reiterate that I am not a dishonest person, I merely did this job the best way I could. I might have made mistakes in carrying out my duties but by no means in a dishonest way.”

Zwane, who was chief executive officer of SAA Technical when he was suspended in March 2018, is one of several executives who had worked at SAA during the tumultuous tenure of former SAA chairwoman, Dudu Myeni.

While some have regarded him as a Myeni acolyte during that time, those sympathetic to Zwane have urged the public to be mindful that executives at SAA worked under incredibly difficult conditions as a result of the actions of the former chairwoman. DM