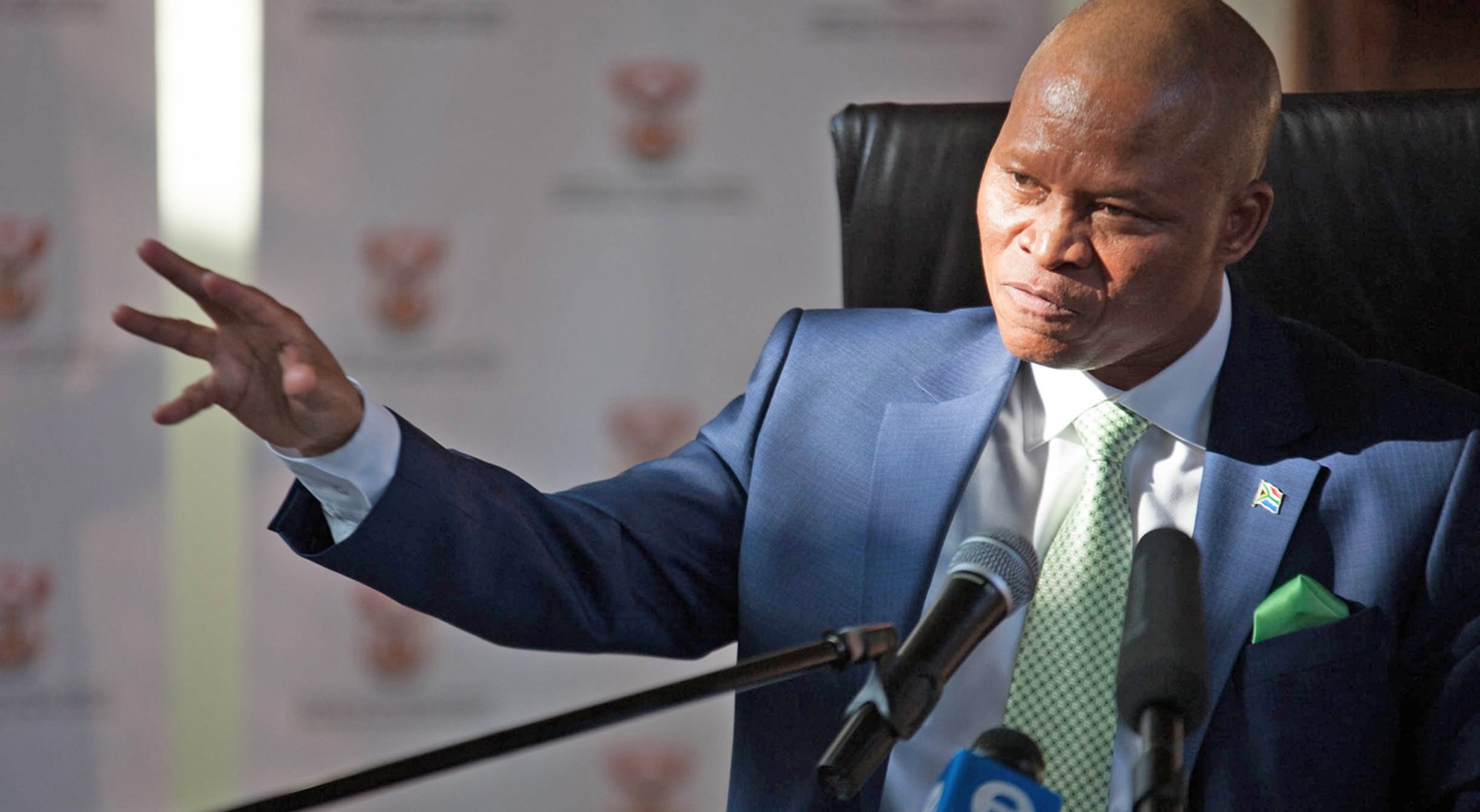 The second day of interviews to fill the vacancies within the Independent Electoral Commission’s leadership are over. Now, Chief Justice Mogoeng Mogoeng and his panel must select eight candidates for Parliament to whittle down to three new IEC Commissioners. With the 2019 general elections set to be the most hotly contested since the dawn of democracy, the stakes have never been higher.

In the two days of public interviews to select the newest IEC Commissioners, we have heard 23 sets of theories about what ails the IEC, and 23 sets of ideas about what could be done to fix its problems.

There was, to say the least, considerable overlap.

Most candidates agreed that the issue of the incomplete voters’ roll is the IEC’s current biggest bugbear, with an estimated 1.2 million voter addresses yet to be captured.

The Constitutional Court has given the IEC a deadline of 30 June to resolve the issues with the voters’ roll. But Reverend Bongani Finca, a current IEC commissioner applying for reinstatement, told Chief Justice Mogoeng Mogoeng on Monday that the deadline would not be met, and that the IEC has applied to the court for another extension.

Over the course of the interviews, Mogoeng repeatedly expressed frustration to candidates about why the process of capturing South Africans’ addresses appeared to be so difficult.

When it came to informal settlements, he said: “All you have to do is draw up a list of numbers and give them to unemployed people to paint” (on dwellings).

“What’s the problem?” Mogoeng asked. “Go there with gallons of paint, brushes and numbers. Why is it so difficult?”

He didn’t get a clear answer to that question, though candidate Ilona Tip, from the Electoral Institute for Sustainable Democracy in Africa, pointed out that there were limits to the IEC’s powers in this regard.

“The IEC cannot zone areas and give them addresses,” Tip said, suggesting that this task could only be achieved in collaboration with municipalities.

Almost all candidates were asked to supply possible solutions to the problem of address gathering.

Among the responses: go door to door like Stats SA; use mobile registration units; liaise with the Department of Human Settlements to obtain the housing register; obtain data from Telkom and Eskom; ask traditional leaders and churches to help capture addresses.

It would be bizarre if the IEC had not yet tried these measures – but if so, let’s hope Mogoeng and his team pass on a memo.

The other problem which candidates identified with the IEC’s work currently is a lack of success when it comes to voter outreach and education, particularly during the long period between polls. There was a strong perception that the IEC only swims into public consciousness in the year leading up to elections.

The question of how to address this gap prompted a lot of extremely vague suggestions from most candidates about engaging the youth and involving communities.

More specific proposals were thin on the ground – and when they came, sometimes dubious.

Economist Landiwe Mahlangu suggested that to simplify processes, local and government elections should be held together – as happens in Australia, he claimed. Unfortunately for him, Mogoeng was fact-checking answers on the fly, and informed him that this appeared not to be the case.

Nomalanga Tyamzashe, currently a commissioner at the Commission for the Promotion and Protection of the Rights of Cultural, Religious and Linguistic Communities, proposed that the IEC should engage in voter education at “music festivals”, in order to reach the youth.

“People want to sing and dance, they’ve got no time for that,” Mogoeng pointed out.

But a few interesting ideas about how South Africa could improve its electoral functioning did emerge from the interview process.

Nkosikhulule Nyembezi, a researcher at UCT’s Democracy and Governance Research Unit, told the selection panel that he could not understand why South Africa had not yet followed international best practice in adopting translucent ballot boxes.

Businessman Alan Campbell pointed to Nigeria, where he was involved in running elections, as an example of somewhere where people were able to vote using their biometric information – though the system has been described as “Orwellian” elsewhere.

Most candidates agreed that South Africa is not yet ready for electronic voting, but Reverend Finca made a strong case for technology to be brought into the process of counting votes in order to combat fatigue among election workers.

The need for sharp thinking to streamline election processes will be heightened as 2019 approaches.

The 2019 elections will be of a “somewhat extraordinary nature”, to quote Mogoeng. There was consensus among the candidates that the poll is likely to be the most heavily contested since the advent of democracy – and also that it is likely to face threats, ranging from cyber-attacks to fake news, which no previous elections locally have had to tackle.

That makes it all the more crucial that the people in charge of the 2019 elections can be trusted to run a tight ship.

Mogoeng and his panelists from Chapter 9 institutions have interviewed 23 candidates over two days; 26 were originally on the shortlist, but the withdrawal of three – including analyst Mzukisi Qobo – was announced on Monday.

As Daily Maverick noted after the first day’s hearings, some of the initial interviews were decidedly weak, and a number of candidates received an intense grilling from Mogoeng.

On Tuesday, it was the former chair of the Commission for Gender Equality, Mfanozelwe Shozi, who found himself in Mogoeng’s hotseat.

Shozi’s interview appeared to be progressing unremarkably until Mogoeng brought up an opinion piece Shozi had written for The New Age newspaper in May 2016.

In the piece, which Mogoeng quoted from extensively, Shozi had accused the judge who granted parole to Chris Hani’s killer Janusz Walus of racism. He had suggested that parole was granted because the victim was black and the perpetrator was white.

As others have learnt the hard way, one does not touch Mogoeng Mogoeng on his judiciary.

“Is this the kind of statement that befits the chairperson of a Chapter 9 institution to have published in a national newspaper?” asked Mogoeng. He was only warming up.

“I was writing in my personal capacity,” said Shozi. “My intention was not to actually offend the judiciary.”

If he regretted his statements, said Mogoeng, he should have retract the piece. But he had not.

“I’m asking you to explain yourself as the leader of a very important institution,” said Mogoeg. Gesturing to the article with disdain, he asked: “What is this?”

“I was trying to explain the importance of the three arms of government,” quavered Shozi. “Judiciary, executive, and… communities as well.” (The third arm of government is actually the legislature.)

After an extended back and forth, Mogoeng questioned Shozi’s impartiality.

“What should we make of your suitability as a candidate for the Independent Electoral Commission?” he asked.

Shozi protested that his track record at the Commission for Gender Equality showed a number of instances in which he had made findings against powerful bodies and individuals, such as President Jacob Zuma in the case where the former president made sexist comments on an interview with Dali Tambo for People of the South. But Mogoeng did not seem particularly mollified, and that was the note on which the interview ended.

In contrast to the first day’s interviews, when almost half the candidates admitted to being card-carrying members of the ANC, the second day saw only one candidate – Advocate Lufuno Nevondwe – make the same acknowledgement.

On Wednesday, Mogoeng and his panel – Public Protector Busisiwe Mkhwebane, Human Rights Commissioner Angie Makwela and the Commission for Gender Equality’s Tamara Mathebula – will decide on eight candidates to recommend to Parliament.

From there, Parliament must select just three to become IEC Commissioners, joining Janet Love and Glen Mashinini in that role.

Only one can be predicted with any certainty. South African electoral legislation prescribes that one of the five commissioners must be a judge, and only one judge was interviewed – Judge Dhayanithie Pillay, of the KwaZulu-Natal High Court. DM