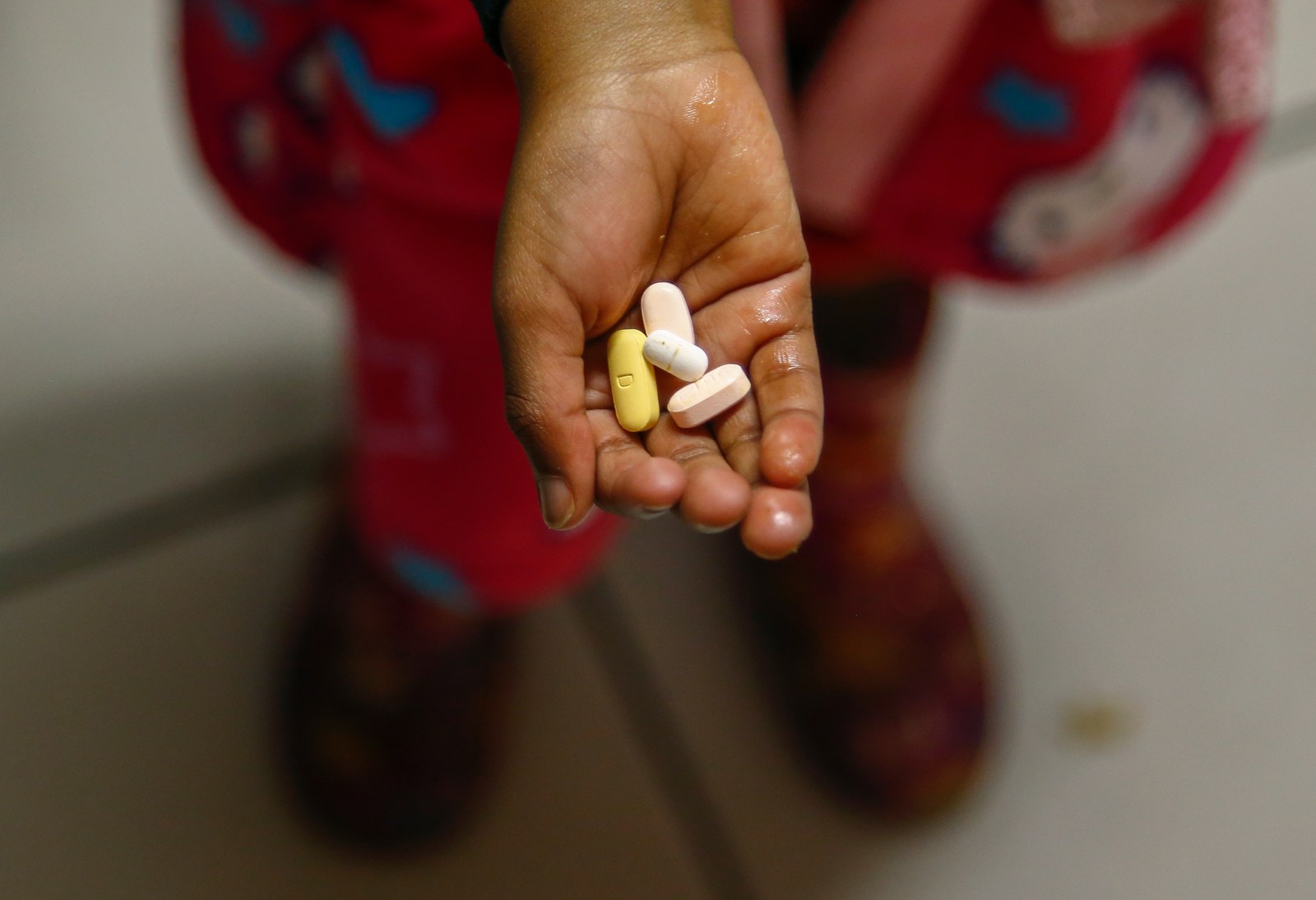 About 60% of South Africans with HIV have started antiretrovirals.

There are over four million people with HIV on antiretroviral treatment (ART) in South Africa. Over 90% are being treated in the government hospitals and clinics. It may be the largest chronic care programme in a public health system in the world.

UNAIDS, the United Nations body that deals with the HIV epidemic, estimates that by 2016 conventional blood tests cannot detect HIV in over three million people on ART. This is brilliant. It means that besides the fact that many have returned to good health, they cannot transmit HIV to other people. (But if they stop taking treatment, the virus bounces back.) UNAIDS also estimates that new HIV infections halved between 2010 and 2016.

Two large clinical trials over the last decade have changed the way HIV is treated. A massive one called START, whose results were published in 2015, showed that starting ART as soon as you’re diagnosed with HIV, rather than waiting for your immune system to decline, reduces your risk of getting ill. Another large trial, called HPTN052, published in 2011 that showed that people on ART are unlikely to transmit the virus to their HIV-negative partners.

Before these trials, if you were diagnosed with HIV, you would typically wait until your CD4 count — a measure of how well your immune system was functioning — dropped low enough. Now that has been done away with: if you are diagnosed with HIV in South Africa, you are supposed to be offered, ART immediately.

What is preventing us from treating everyone? And how do we speed up starting more people on treatment?

In 2016 South Africa’s HIV changed to a “test-and-treat” policy. This means that everyone diagnosed with HIV should be started on ART, regardless of CD4 count.

To get people onto treatment they (1) first need to be tested, and (2) they then need to be offered treatment if they have HIV. Hiccups occur at both steps.

“We have fairly good data showing that once people start they tend to stay on and they tend to take their tablets well,” says Venter. But to start treatment you first need to be tested. “Testing rates, especially among men and young people, are poor, meaning these groups come in when sick or not at all.”

Dr Michelle Moorhouse, the editor of the Southern African Journal of HIV Medicine says promoting self-testing will help. She says self-testing will make it easier for people to find out their status. It “can be administered in your own time and space, and also reduces the burden on already congested clinics,” she says. Then, if the self-test is positive, it is essential to have the result confirmed at a clinic.

But the lack of testing may not be the bottleneck to getting more people onto treatment. A study estimates that 85% of South Africans with HIV know their status. The problem may lie more with not getting diagnosed people onto treatment. Dr Leigh Johnson, the lead developer of the Thembisa model, estimates that by 2017 about 62% of all people who knew their diagnosis were on treatment. That means more than a third were not.

“Without substantial improvements in the rate of ART initiation following diagnosis, it is unlikely that the UNAIDS target of 90% of people who know their status and start treatment will be met by 2020,” states Leigh Johnson and Rob Dorrington in their 2017 report on the Thembisa model.

Millions of people were diagnosed prior to the test-and-treat policy. If they had high CD4 counts they would have been told they should return for treatment later – when their CD4 counts dropped. Some of these patients never returned.

Moorhouse says this group is particularly difficult to reach. “We have made great progress getting people onto ART, but we still have around three million people that need to be started. And what we are finding is that is becoming harder and harder to find those that are still ‘MIA’ for want of a better term,” she said.

It was hoped that the new test-and-treat policy would reduce the number of new HIV infections. Besides the HPTN052 study mentioned above, getting more people onto treatment has seen a drop in new HIV infections in several cities including San Francisco and Vancouver.

But a study of test-and-treat in KwaZulu-Natal whose results were published in March did not have such a happy result. Known as TASP, the trial worked like this: 22 communities were randomly assigned so that their residents were test and then either offered treatment immediately or until their CD4 counts dropped (the trial started in 2012, long before the new test-and-treat policy). It was hoped that the test-and-treat communities would have fewer new HIV infections over time.

Unfortunately there was no statistically significant difference in new infections between the two types of communities. The researchers who ran the trial said this was most likely because of the problems getting people who tested HIV-positive onto treatment. They estimated that only about 30% of people diagnosed with HIV who weren’t previously in care, went to a clinic where they could receive treatment within six months. This means that 70% of people who found out their HIV status on the study were not getting treatment for one reason or another. It’s no surprise then there was no noticeable effect on new infections.

Professor Graeme Meintjes, from the Wellcome Centre for Infectious Diseases Research in Africa, explains that there is a “complex interplay” of reasons why people diagnosed with HIV do not get treatment: patients do not always accept their diagnosis, are not always willing to start lifelong treatment, and have (unnecessary) lingering concerns about the safety of ART. Also, the public health system is not easy for patients to understand. There are also long queues and health workers often do not communicate clearly.

Simple things, such as the nearest ART clinic being too far away or not being able to afford the taxi fare to get there, are obstacles that people may have to overcome to access treatment, said Moorhouse.

She also said some groups of people such as teenagers, men who have sex with men, or transgender people may find that the clinic isn’t a welcoming space.

Moorhouse has some suggestions to “put people back at the centre of health care”. She suggests longer opening hours, more workplace and community-based care options, and innovations such as the medicine dispensing ATM-type machines.

Meintjes says there needs to be “more effective communication, providing messages that speak to a person’s particular concerns and deepen their understanding of the disease and the enormous benefits of ART”.

“Also, the way the health services are provided needs to make the transition from diagnosis to treatment as seamless and easy to negotiate as possible,” he says.

This could include having testing and treating at the same location, as is already available in some health facilities.

But “achieving these things successfully in an overburdened and under-resourced health service is challenging” says Meintjes. He also says that it is often health workers who are the ones who are able to support patients to get diagnosed, to start treatment and to stay on treatment.

Professor Linda-Gail Bekker of the Desmond Tutu HIV Foundation points to some out-of-date ideas as to why people are reluctant to start ART. “This may be left over from the ‘ART is toxic’ era and also because we made a big case in times gone by that ART initiation was rarely an emergency and people should think very carefully about starting.”

Moorhouse agrees. “Some people are afraid of starting ART – they may have heard all sorts of horror stories about side effects of ARVs, and this makes them reluctant to start treatment.”

But in fact antiretrovirals have improved dramatically over the last 20 years. For the vast majority of people who start treatment, there are no side-effects or they are minor. Antiretroviral treatment is life-saving, usually easy to take, and — once it has reduced the virus to undetectable levels in the blood — makes it almost impossible to transmit HIV. DM