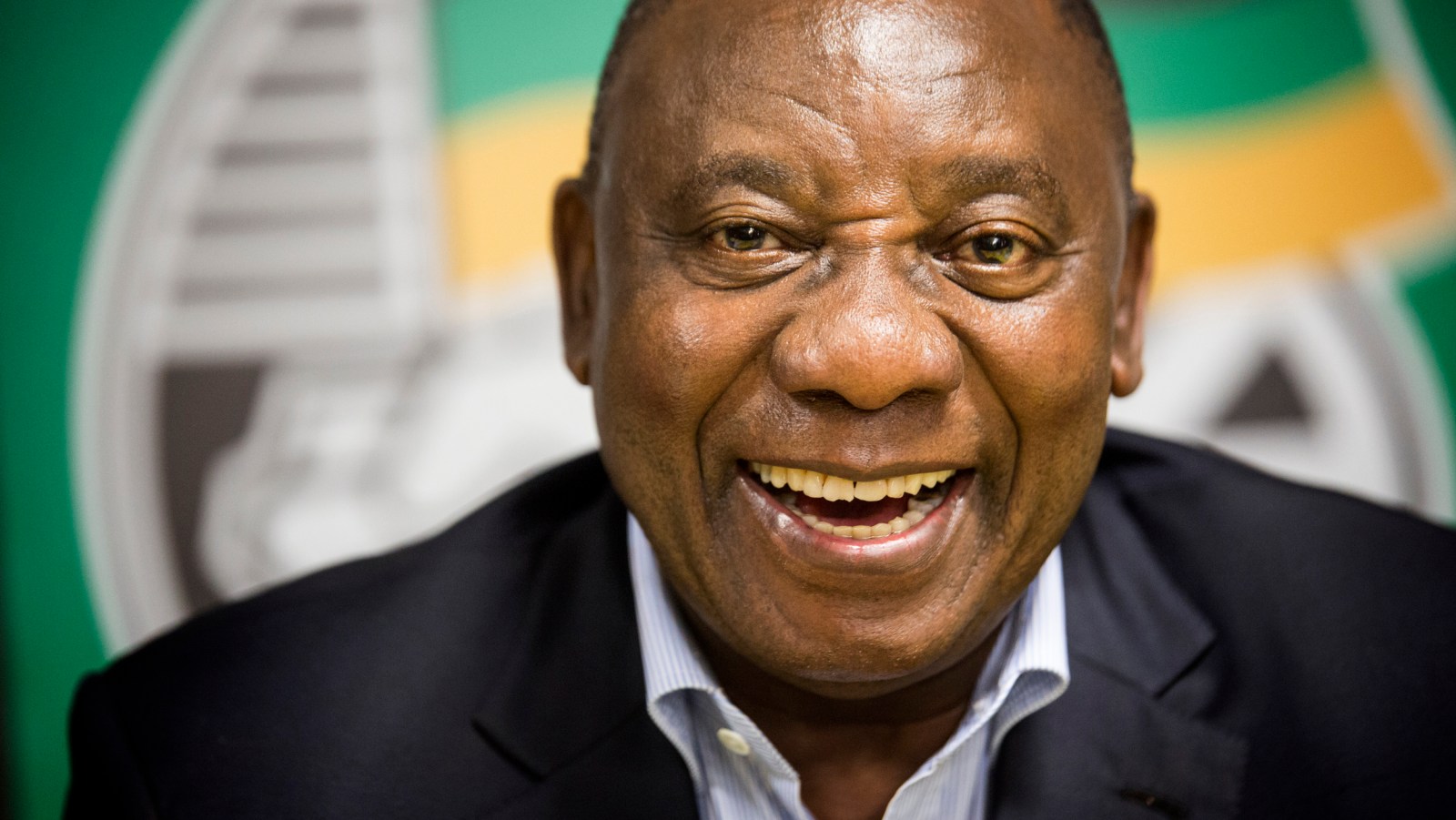 The ANC has set the wheels in motion in preparation for the general election in 2019, trying to reposition itself as a broad church as it actively seeks outside views and robust engagement.

The ANC held a manifesto consultative workshop in Irene where it brought together more than 600 national and provincial leaders, deployees in government from across the country, well known activists and even academics.

The objective was to bring together a range of ideas to put together a set of ideas that would be their vision of what’s best for the country in the next five years.

The ANC is trying in earnest not to be inward looking or to be sidetracked by the paralysis caused by constant provincial contestation. There seems to be a perhaps unifying realisation that convincing the electorate will not be easy.

Which is why when President Cyril Ramaphosa addressed the opening of the conference he challenged participants to be honest and call a spade a spade.

“I want to say in this workshop people are invited to debate issues robustly, to be as open and not to mince their words. If you think certain statements may hurt the leaders of the ANC please don’t hold back. Say it as it is because we are ready for that. It is an open invitation to all of us, especially those who are not immediately part of the structures of the African National Congress. Be as direct as possible. Call a spade a spade and don’t call it an eating spoon.”

This set the tone for the nine working groups which were meant to deal with different topics the manifesto would include. This was interpreted as an effort by Ramaphosa to bring closer pundits and thought leaders who were participating in the conference but at times were at loggerheads with some of the party’s big-mouths.

Ramaphosa acknowledged the baseline of where the party is starting, saying the ANC can no longer count on South Africans to vote for the party simply because it led the country to liberation. They have to have a solid plan in place. He said:

“The manifesto that we’re meeting to discuss today must, therefore, be firmly focused on the future. Knowing very well that the very firm and good foundation was built and set out in the past, but we cannot dwell on that past, we must build a manifesto that will take us to the future and focus on that future.”

Ramaphosa made it clear that the inclusion of a wide array of views in the meeting was not incidental and the party wanted to consult widely before putting together their final document.

“The manifesto will not simply be a survey of South African opinion, it will describe the programme of action.”

Building on this, Minister Jeff Radebe, who doubles up as ANC head of policy, told the media while commissions were ongoing that they realised that the party cannot be inward looking when it comes to the manifesto, and that they cannot only preach to the choir.

“As the ANC, we should not develop a manifesto based solely on card-carrying members of the ANC,” Radebe said.

He said party resolutions were not enough to convince an entire electorate to vote for it.

This may be a noble premise, but finding the middle ground to woo voters would be a difficult task for the party whose own leaders are falling over their feet in disagreement. Take land reform, for example: how specific will the ANC be in its manifesto at a time when party leaders themselves still disagree on the best way forward for land redistribution?

Typical of the ANC, the meeting found some controversy when it emerged that ANC NEC member, and convicted fraudster, Tony Yengeni was chairing a commission on crime and corruption. Yengeni was convicted in 2003 and sent to jail for not disclosing a discount he got on a car while he was ANC chief whip in Parliament, for which he served a jail sentence. So it was no surprise when the irony of a convicted criminal leading discussions around ending fraud and corruption was pointed out. But Radebe defended Yengeni, saying he served his dues and was an elected leader of the ANC who deserved to be deployed. For many this was the ANC of old rearing it’s head in the New Dawn.

Unsurprisingly, former president Jacob Zuma waltzed into the meeting when Ramaphosa was about two-thirds done with his address and participated in commissions. This was after the Sunday Times reported that some senior ANC leaders were disconcerted by Zuma’s presence in meetings where he sits in the back and observes quietly without saying a word. Some have labelled it an act of intimidation to stop them from discussing him or his administration.

This consultative workshop indicated that the party is trying hard to paper over the gaping cracks in its provincial structures before the election campaign kicks off. ANC’s head of elections Fikile Mbalula said once they begin mass consultations on the manifesto across the country they will begin the process of putting together lists of candidates to serve in the National Assembly and the provincial legislatures.

Mbalula suggested too that the ANC cannot be constantly focused on intra-party dynamics, saying that by the end of July structures ought to be done with their conferences and by the end of the year all processes leading up to the election campaign must be complete. As an aside, Mbalula said almost as fact that there was a “serious underground destabilisation of our movement” but didn’t go any further.

He later hinted that elections may be earlier than predicted but the party insists that earlier elections are not on their agenda.

“We must not have a situation where next year we are chasing time. Time must chase us. We don’t know when the elections will take place. Whenever the elections come we must be ready,” he said.

The Ramaphosa-led ANC leadership have realised that they cannot keep preaching to the converted and have to make an effort in broadening the party’s appeal to people outside of its formal party structure. Party members and diehards are a minority when compared to the electorate and a governing party’s obligation is to the people in general, not only it’s members.

The manifestos of the last two elections were vague and somewhat sloppy. This time around Ramaphosa has called for a manifesto premised on data and research as well as a manifesto that caters for the youth which will be just under half of the electorate in the 2019 elections.

It is yet to be seen whether the party has what it takes to be the broad church it is trying to be or whether its factional divide has managed to break the party at its core. DM