In Pictures: Day Eight of the World Cup 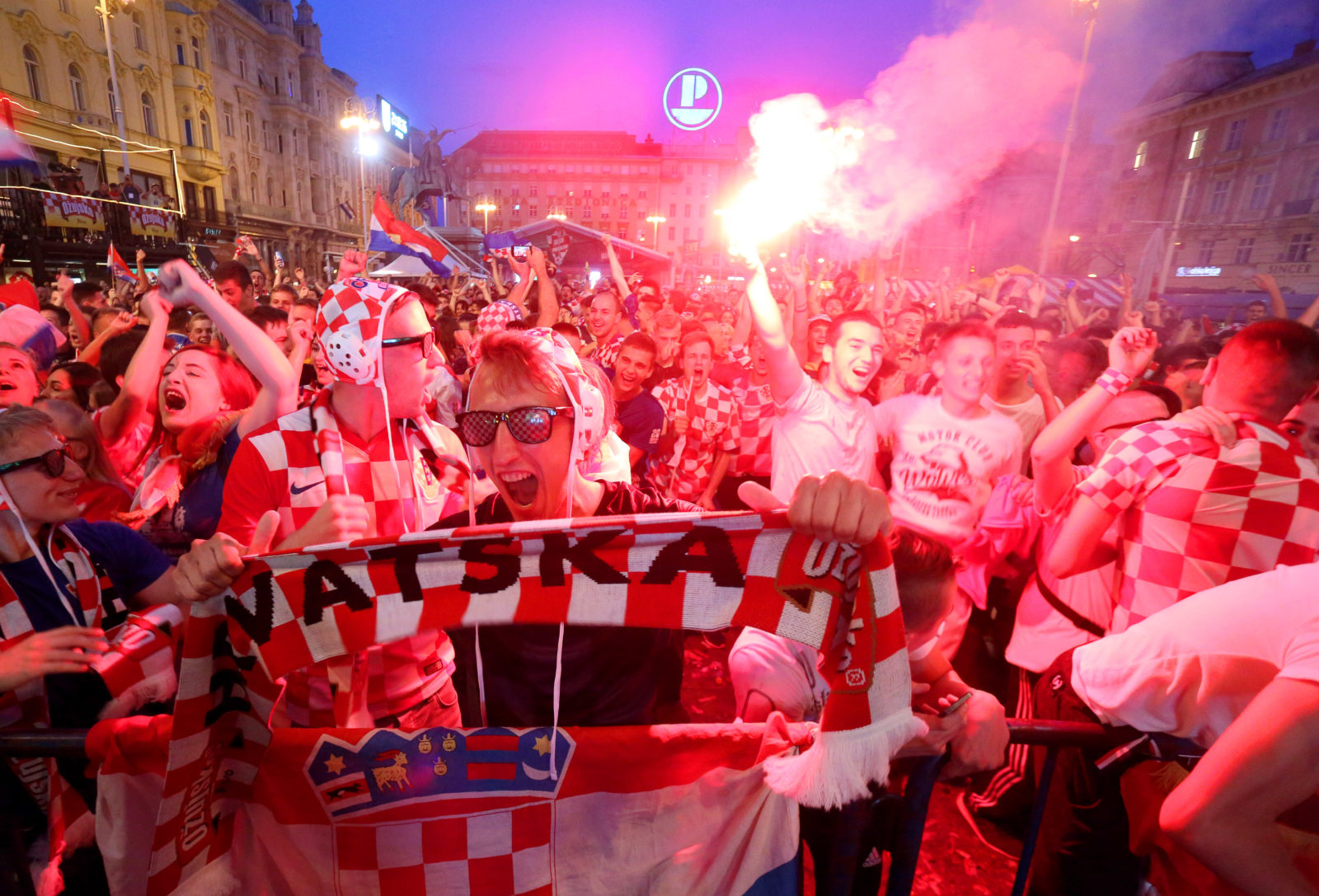 Supporters of Croatia celebrate as they watch the broadcast of the FIFA World Cup 2018 group D preliminary round soccer match between Argentina and Croatia in central Zagreb, Croatia, 21 June 2018. EPA-EFE/DANIEL KASAP

We know we keep saying this, but it's definitely not a World Cup until Sepp Blatter shows up to tell everyone how he definitely never did anything wrong. And then there's the small matter of a shock loss.

It was a bit rough and ready between Argentina and Croatia. But not as rough as the Argentine fans will be feeling after another shocker of a result. Humiliation probably sums it up most kindly. We’ll let the pictures do the rest.

Kylian Mbappe made history by becoming the youngest French player to score at a World Cup. The 19-year-old scored the only goal of the game in Ekaterinburg, which was enough to book France’s spot in the Round of 16 and send Peru packing.

Bad news for the teams who still have to play Les Bleus, Didier Deschamps’ side don’t even look like they’ve hit their straps yet.

Christian Eriksen’s early goal was cancelled out by a VAR-assisted penalty, netted by Aussie captain Mile Jedinak late in the first half, helping the Socceroos to a valuable point in Group C. The Australians were on the receiving end of a VAR decision in their opening match and weren’t too happy about it.

This time, though, Australia might have changed their tune. Yussuf Poulsen was penalised and booked after replays showed that the ball had hit the Danish attacker’s outstretched hand. But the ball had bounced awkwardly off an Aussie noggin, only changing course at the last minute before hitting Poulsen’s hand. Could he have avoided it? VAR won’t tell you.

The Aussies now have to beat Peru if they want to have a hope of progressing. But they’ll have to do so without striker Andrew Nabbout, who looks set to be sidelined for the rest of the World Cup after he injured a shoulder falling awkwardly.

And just because it would not be a World Cup without him, here’s a picture of Sepp Blatter rocking up in Moscow to remind the world that he never did anything wrong.

Who could possibly show up tomorrow? DM