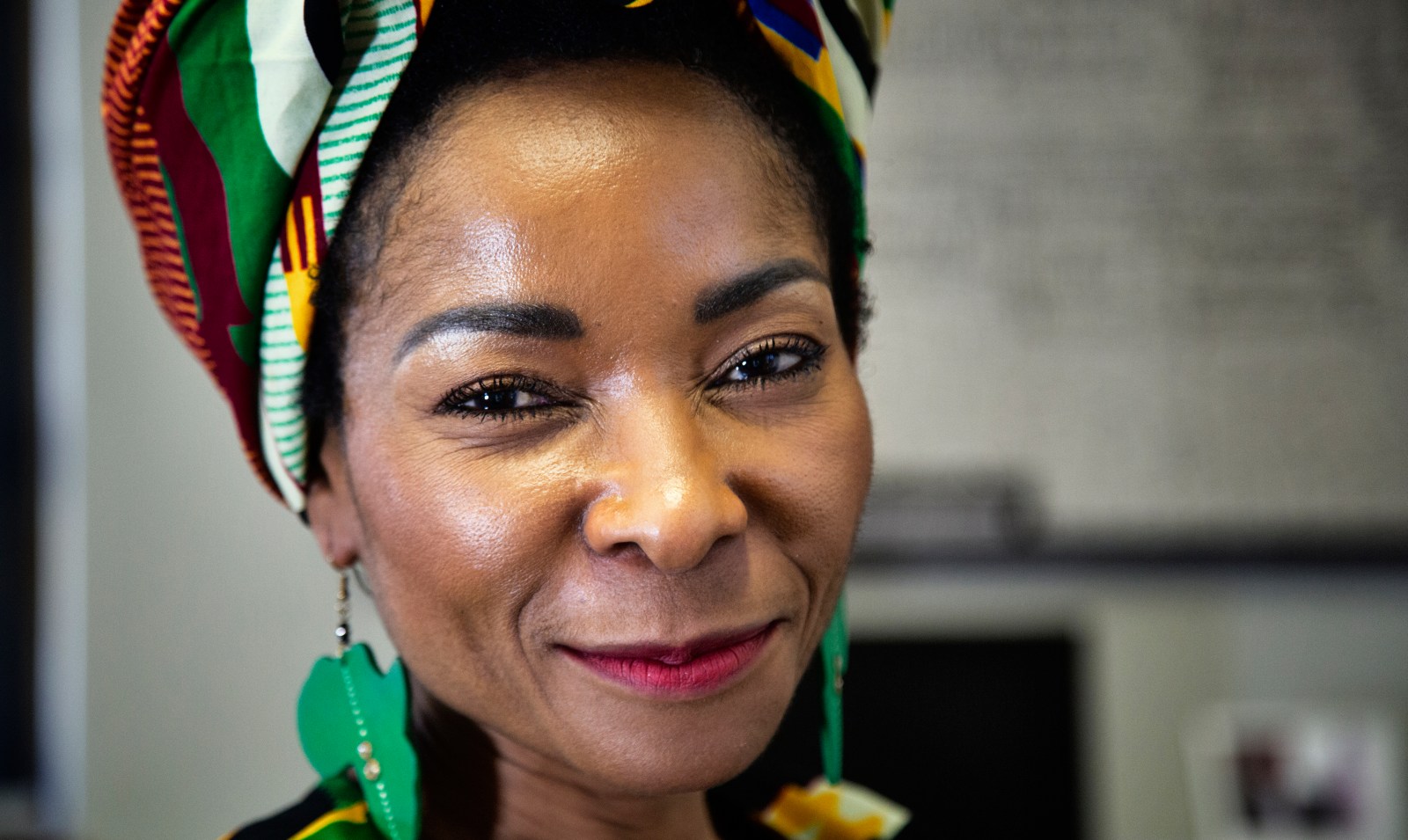 Come 1 July 2018, the University of Cape Town will have a new vice-chancellor. Professor Phakeng takes over from Dr Max Price at one of the most challenging periods in the institution’s history, following recent years roiled by student protests and fierce debates over transformation. But when Prof Phakeng sat down with Daily Maverick for a recent interview, she came across as a woman with a clear vision of what her role should be.

Professor Mamokgethi Phakeng is in a slightly awkward position. The 51-year old is not yet the vice-chancellor of UCT, but since her appointment was announced in March she has increasingly been thrust into the public eye as if she was. Interview requests have been coming thick and fast: finding time to sit down with Daily Maverick required an acrobatic juggling of her schedule.

Phakeng is sitting in her office in UCT’s Bremner Building, a warm space lined with books and awards. She won’t be here much longer. In just over a fortnight’s time, the professor of mathematics education will be swopping this room for the vice-chancellor’s office downstairs – an office which was petrol-bombed in 2016 during the heat of student protests.

One of the reasons why her appointment has attracted so much attention is because it comes on the heels of what outgoing VC Max Price described candidly as a “stormy period”, when introducing Phakeng to the media.

The highest ranked university in Africa became a lightning rod for many of the fiercest debates about transformation and culture in South Africa after UCT students rose up in protest in 2015 against the presence of a statue of Cecil John Rhodes on their campus.

Since then, UCT has not experienced a year in which student protests have not affected academic teaching. It has also attracted a reputation as an institution riven by deep fractures in its institutional culture.

For Phakeng, this kind of heat comes with the territory.

“You can’t be the top university on the continent and people don’t keep looking at you,” she says.

“It’s like the pretty girl down the street in the township who everyone talks about. You know, you can’t have a down day. You always have to look on point. And I think that’s part of the reason we attract the attention.”

While acknowledging that reports of polarisation at UCT are “probably not over-hyped”, Phakeng says that it remains a university characterised foremost by excellence.

“No institution is perfect. But some institutions are great. And let me tell you, we are.”

She is taking on a five-year job which, from many perspectives, seems unenviable.

As well as continuing to manage the existing tensions over transformation and institutional culture, Phakeng dons the VC’s mantle in a period of unprecedented funding uncertainty for South African universities, with then-president Jacob Zuma’s announcement of fee-free higher education for poor households in late 2017 having raised still unanswered questions about how the resulting funding gap will be met.

But while Phakeng is the first to admit that the road ahead is not easy, she already has her vision mapped out.

“My priorities are three things: transformation, excellence and sustainability,” she says.

Talk of sustainability leads on to the question of staff flight, amid reports in recent months that UCT is still struggling to fill a number of critical vacant posts.

“I’ve seen the data of the fact that we are losing some staff,” Phakeng says. “I am of course interested in seeing who are the staff – what level they are, sort of what quality are we losing.”

The issue is most pronounced not at the level of academic staff, but of management. Phakeng says that there are five vacancies at the dean level which have yet to be filled – but she suggests that this could be seen as an opportunity rather than a challenge.

“In a way, when you get a new vice-chancellor, it’s a new beginning, and perhaps there will be people who see where we are going as something they want to be identified with. And my hope is that we will be attractive to some people who maybe, previously, we were not attractive to.”

She is under no illusions that, as a relatively young black woman, she may have her work cut out in winning the hearts and minds of some sectors of the UCT community.

“In the apartheid categorisation, they are moving from the top end to the low end, if you like,” she quips wryly.

Phakeng is armed with her academic credentials as a shield, pointing out that she is “one of the very few” black South African women to have a B1 rating – the second highest ranking internationally – as a researcher.

“I would never have gotten this job as a black woman if I didn’t have the credentials, the academic experience,” she says. “Nobody takes a chance on a black woman.”

Despite her heavyweight academic background, Phakeng also projects an image of a woman firmly in touch with popular culture.

She sports tattoos, jokes about TV show Date My Family at one stage, and grows animated when discussing the importance of social media – because “that’s where young people hang out”.

Under the Twitter handle @FabAcademic, Phakeng has built a following of over 38 000 – not as many as Wits vice-chancellor Adam Habib, she points out – and uses it as a platform on which to dispense liberally hashtagged messages of inspiration. She says she is regularly contacted by students from all over the country asking for advice.

“I’m there to motivate, to inspire, to give students hope – especially black students, who don’t always hear positive messages about who they are, about what they can achieve,” she says.

On her first official day of work on 1 July, when students will not be on campus, she is toying with the idea of using social media to broadcast a special message to them – “saying hello to them through the media that they get”.

One gets the sense that Phakeng is a vice-chancellor for a new era: Twitter-savvy, down with the youth, and determined to engage with students on their own turf.

In another sign of a determination to break with the past, Phakeng drops the fact, as the interview is concluding, that she has resolved not to have an inauguration ceremony. It’s a “very conscious decision”, she says, but she won’t talk about it more just yet.

“I’m controversial, as you can see. I’m a maverick,” she says – and bursts into peals of laughter.

“You’re not going to put this on Twitter, online, that I’m a maverick? I need a job, come on!” DM