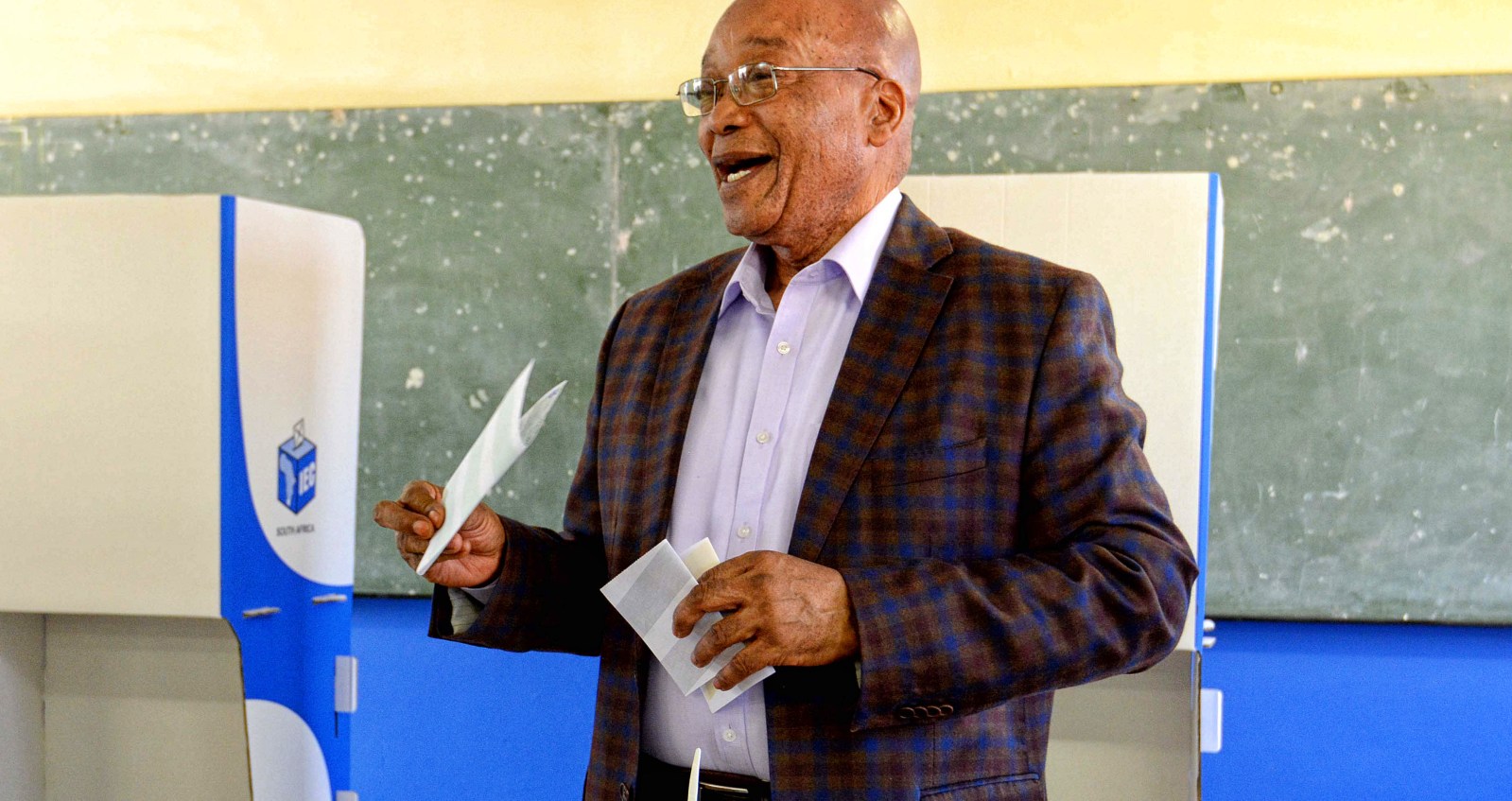 The 2019 elections will only be as trustworthy as the officials who run them. The IEC is about to appoint three commissioners, of only five in total, and there are 26 candidates to choose from. We should all be watching.

The votes were still being counted, but using prediction models DA leader Mmusi Maimane announced the party would be the leading party in Nelson Mandela Bay. Mantashe lashed out at Tselane, accusing him and the IEC, without merit, of leaking the results to the opposition party.

The respected IEC veteran withstood the criticism and later retained his credibility after ANC leaders, in the wake of the party’s election losses, reportedly labelled Tselane an “enemy” of the party.

As the hotly-contested 2019 national and provincial elections approach, his successors will be under pressure to follow his example and maintain the public’s trust in the IEC. The country’s political system depends on it.

Twenty-six candidates have been shortlisted to fill three of five IEC commissioner posts ahead of the elections. The opportunity for the public to comment on the candidates closed on Monday, 11 June, 2018 and interviews will take place later this month.

IEC commissioners oversee the election body’s work and once elected can serve two seven-year terms. Three positions are available after Tselane has completed both his terms and Rev Bongani Finca and Judge Thami Makhanya have completed their first terms. The other two posts were filled when Glen Mashinini, the current chairman, was appointed in 2015 and Janet Love in 2016.

Sarai Savanha, an electoral systems researcher at civil society organisation My Vote Counts, said the results of the 2019 elections are likely to be the closest during the country’s democracy and political parties will likely try to pressure and discredit the IEC. Commissioners are expected to be impartial and resist buckling to the inevitable challenges.

“The IEC’s role in ensuring that the Electoral Code of Conduct is respected cannot be overstated. We as the public and civil society must be vigilant in ensuring that this is so,” wrote Council for the Advancement of the South African Constitution (Casac) executive secretary Lawson Naidoo and My Vote Counts national co-ordinator Janine Ogle in March, 2018.

“Concerns stem not only from whether a commission with limited experience will be able to respond to the challenges that a closely contested campaign will bring, but also from attempts to undermine that institution from political parties themselves,” they continued.

Neither Mashinini nor Love have run a national election as commissioners. Finca has applied to be reappointed but he has to go through the same process as the other 25 candidates. Savanha said their lack of experience is concerning and the new commissioners will need to hit the ground running and utilise the IEC’s institutional knowledge.

Savanha said the 26 candidates, who will be interviewed on June 25 and 26, 2018 by Mogoeng’s panel, had a range of experience including working at the IEC or on elections or at other Chapter 9 institutions.

After the interviews, the panel will recommended eight candidates to the portfolio committee on home affairs, which will choose its commissioner candidates and present a report to the National Assembly. If the report is adopted, it’s up to the president to appoint the candidates. It’s unclear how long the parliamentary process will take.

My Vote Counts and Casac researched each of the 26 candidates’ work experience, qualifications, business interests, professional conduct and political affiliation ahead of the public interviews.

Naidoo said there are two concerns. Five candidates have served in other Chapter 9 institutions, raising questions of officials going through a revolving door and a potential public perception that they are impartial. Twelve candidates work or have worked for the IEC. Not all technocrats make good commissioners, Naidoo said.

Moss Chikane, the former ANC MP and ambassador to Zambia and Germany, is the most high-profile nominee in the list that includes academics, lawyers, economists and previous leaders of institutions such as the Commission for Gender Equality, Commission for the Promotion of the Rights of Cultural, Religious and Linguistic Communities, and the SAHRC.

The IEC’s former chief electoral officer, Mosotho Moepya, made the shortlist. He oversaw the 2014 and 2016 elections, but according to the public protector’s investigation into former IEC chairwoman Pansy Tlakula’s lease scandal he should have faced disciplinary action for his role in the debacle. None had been taken when he left the IEC in 2017.

One of the five commissioners must be a judge, but only Judge Dhayanithie Pillay, who has sat on the KwaZulu-Natal High Court bench since 2010, made the shortlist. Savanha asked whether her appointment was now a foregone conclusion. As far as Naidoo could recall, she was the only judge nominated.

A number of candidates have current or past political ties. IEC commissioners are barred only from holding high office in a political party, but Savanha said Mashinini’s election highlighted the challenges of electing commissioners perceived to be politically partisan. Mashinini had worked as a political adviser to former president Jacob Zuma and his election was opposed by opposition parties.

“We want a commissioner that is respected by all political parties and when someone is a member of a political party that falls away,” she said.

Another challenge likely to come up in the interviews is with candidates whose businesses or family members might have worked with the IEC and whether any conflicts of interest may arise, similar to the Tlakula scandal.

The appointed candidates’ first task will be ensuring that the 2019 elections are transparent, free and fair. The IEC has long held public credibility, despite the Tlakula challenges, but maintaining that trust will be crucial for next year’s elections to be credible.

Withstanding political pressure is a constant challenge for IEC officials and the organisation still needs to collect millions of voters’ addresses to ensure the roll is complete and all registered voters can participate in the elections. If it’s passed, the IEC will also soon be responsible for overseeing the implementation of the Political Party Funding Bill, requiring new commitments and resources.

For the IEC to be seen as credible during the 2019 elections and in the future, the process of appointing its new commissioners is crucial. With the chief justice and representatives of other Chapter 9 institutions leading the early stages, the process has so far been safe from political interference. We should all be watching what happens next. DM