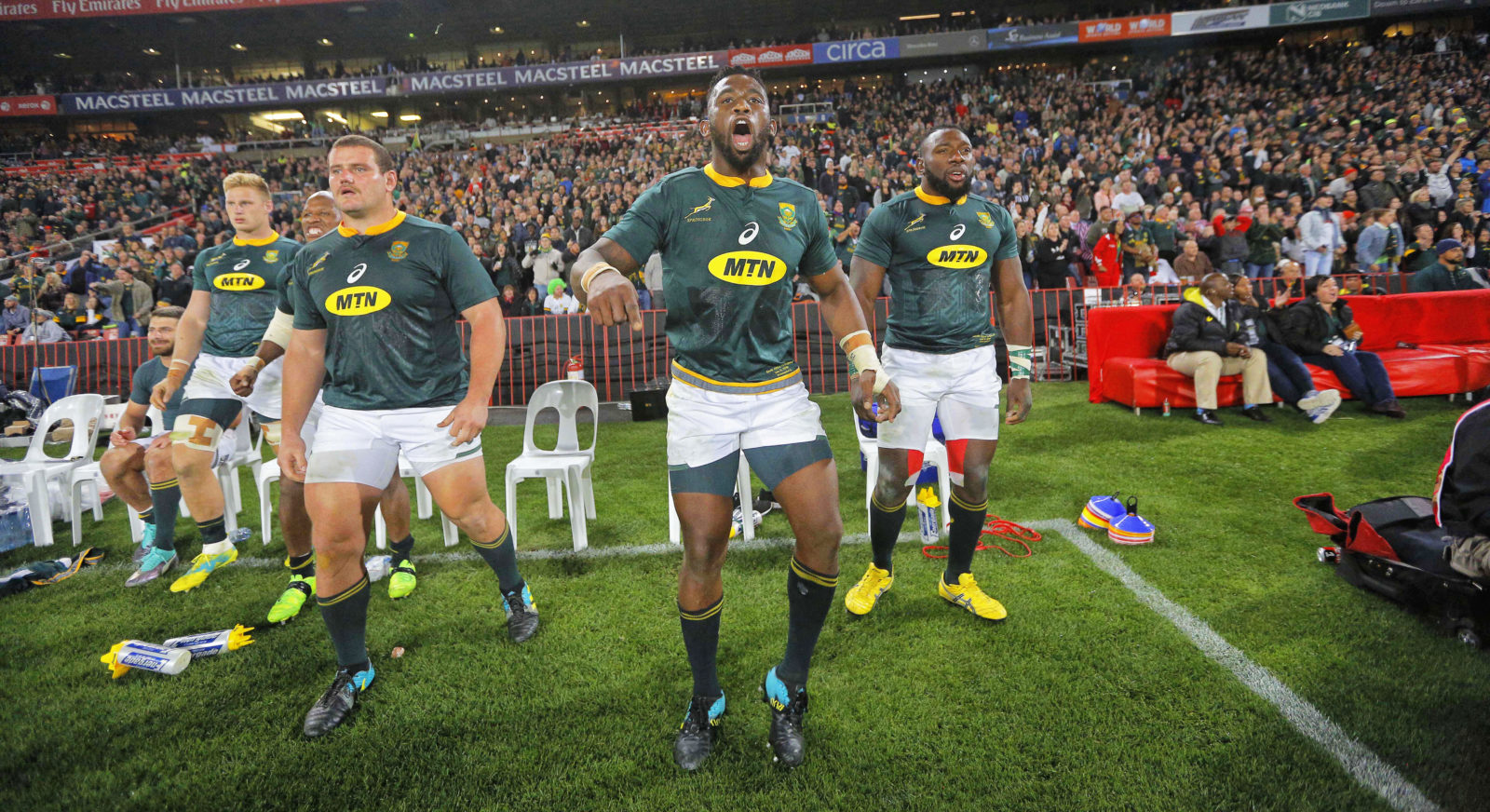 Tests at Ellis Park are always magic. Sometimes, like on Saturday night, that magic tends to linger a little longer. The Springboks are far from the finished product, but the comeback win over England showed that there are glimpses of something special.

It might be the memories of the 1995 World Cup. Or maybe it’s the altitude. But there’s something about a Test at Ellis Park that just raises the intensity a bit. The anthem is louder. The silence hums harder.

And your own bones can almost feel the crunching of tackles and the grass burns of the tries.

Even if you are not physically there, the atmosphere creeps up on your neck hairs and calls them to attention.

Then, once in a while, another jolt is added for monumental moments. Tests against the All Blacks. A much-anticipated debut. Or Siya Kolisi’s first Test as Springbok captain.

Sentiment around South Africa’s sports teams tends to swing from extremes and it was no different on Saturday night as the Springboks engineered the kind of emphatic comeback nobody would have thought possible just over a year ago.

The team lived up to all the hype and produced a flawed but magical performance that brought not only relief, but showed what is possible when a side backs their skills and flair instead of the buckling to conservatism that so often bogs them down.

Trailing 3-24 in the first 25 minutes, South Africa beat England 42-39 to lay down a marker for the remainder of the series and, many will hope, for the rest of the season.

By half-time, the Boks had already regained the lead. The overall delivery was far from perfect, but the strength of character to produce the result can’t be faulted.

Staying clam in a crisis sometimes comes naturally and in his post-match, Kolisi said that the team knew how to respond without needing to be told.

“I did not have to say much when we were in trouble because everybody was calm. We knew we were going to rock and the guys picked up the momentum,” the captain said.

The influence of his lieutenants, many back in the green and gold for the first time in months after the “ban” on overseas players was lifted, and who have experienced all of this before, went a long way in lifting the rookies who were trusted by the coach, Rassie Erasmus.

On the wings, Aphiwe Dyantyi and Sibusiso Nkosi hunted in pairs on debut, unburdened by the conservatism that so often besets the South African rugby blueprint and encouraged by the fearlessness of youth.

Diminutive Faf de Klerk was a menace, owning the job of being the irritating jack-in-the-box, always ready to pounce.

The list goes on. Willie le Roux and Duane Vermeulen made their presence felt. RG Snyman’s lanky limbs never looked awkward on his body. Bongi Mbonambi didn’t look like he’d been laid low with a burst appendix for much of 2018.

There were blips, with a few moments of defensive mistakes, but it was notable that, unlike under the Allister Coetzee regime, these errors weren’t brushed aside.

Coach Erasmus was refreshing, admitting that he was wrong in his assumption that England would opt for the kicking game and under no illusions about the work that lies ahead.

“It was a tactical mistake on my part, but as soon as we realised we needed more width on defence, and the players adapted on the field, things started going our way. When you have such a big number of players with very few Test caps, a lot of work will have to be done,” said Erasmus.

“If we had lost it would’ve created doubt, but it will be a bit easier now to get consistency in selection. Still, we will have to try a few things next week and we will have to make big calls going forward, which probably means we’ll lose some matches, but we have to get players exposed to Test rugby and see if they have what it takes to make it at this level,” Erasmus added.

It’s hard to imagine the previous regime noting errors and almost underplaying the effort it took to win.

“There were some great individual performances, but we still made too many unnecessary errors and we have a lot to work on. Looking back, we probably got out of jail free today, but just as they could have put us away, we could have put them away,” Erasmus said.

Keeping expectations in check is important. But equally important is the body language the Boks have shown throughout the match.

About a year ago at the same venue, when they beat France, the team showed glimpses of what it means for them as a group to achieve together. Nobody needs a reminder of the roller coaster that followed that win, but Saturday night’s win was different.

The team is far from the finished product. And the emotion of historic occasions can sometimes mask defects. But the response, not just on the field but in the press conferences afterwards – in three of the country’s official languages to boot – hints that maybe, just maybe there are reasons to be hopeful.

Sport in South Africa has always been paramount in the national discourse. It doesn’t offer solutions to all of the ills, but when things go right, it offers an enchanting distraction from reality. And boy, does the country need it right now. No pressure, guys. DM