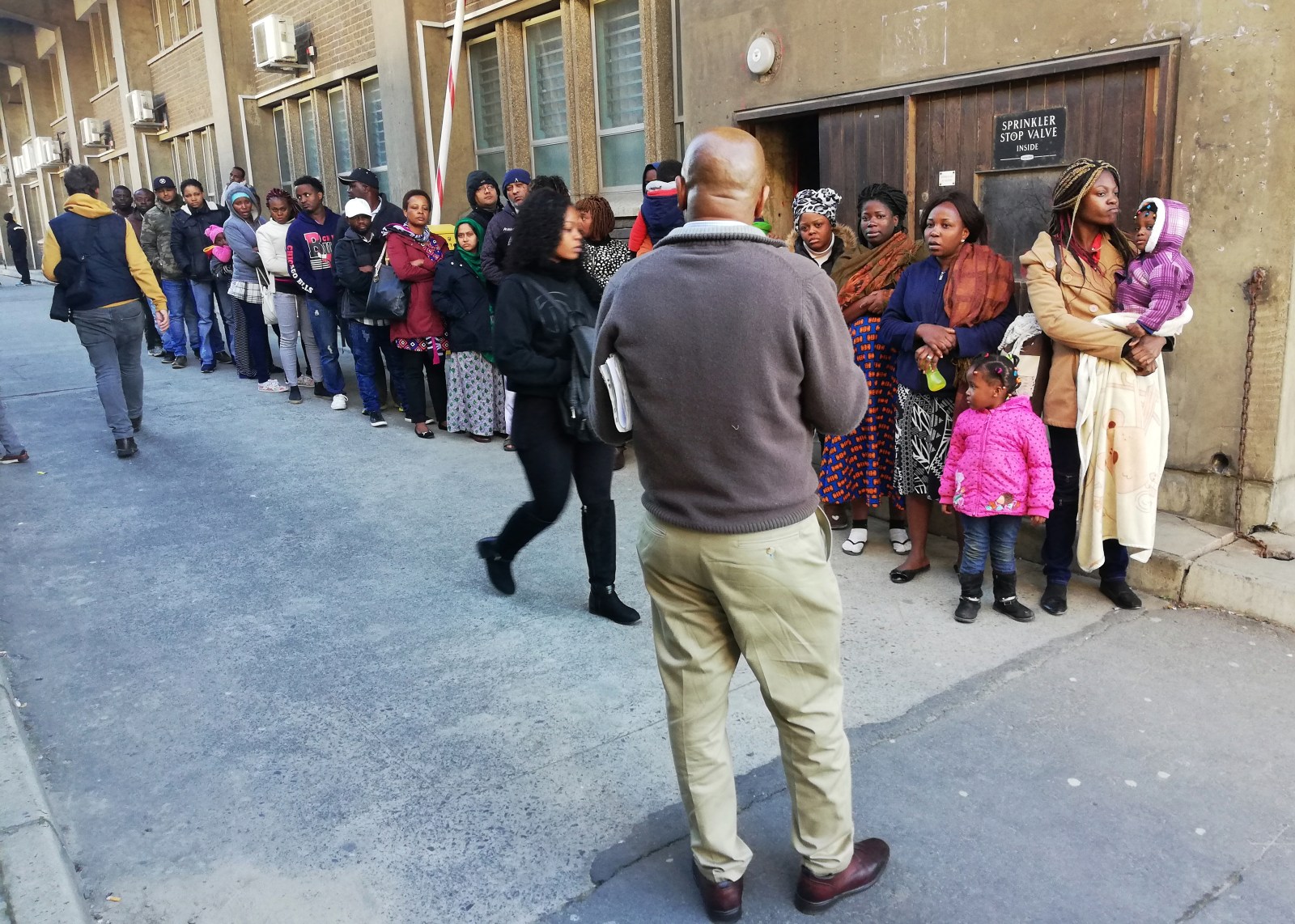 With more than 1.7 million foreigners living in South Africa one would expect that the government would have a smooth operation to document and assist foreign nationals. A visit to the Cape Town Refugee Reception Office indicates otherwise.

“I am stuck within the borders of South Africa, I can’t go anywhere.” These words come from Lebeau Ntambala, a Congolese man who has been living in South Africa for 15 years. He has been struggling to get his hands on the right papers for over seven years. Ntambala was speaking to Daily Maverick at the entrance of the Cape Town Refugee Reception Office where over 50 foreign nationals are waiting outside for the offices to open. (see video below)

“I have waited for seven years for something that should take about six months,” says Ntambala.

“I applied for permanent residency in 2010 and I received a letter saying that they recognise my letter of application.”

Ntambala said the officials told him they would get back to him in six months time. He is still waiting.

“I have been calling, trying to get hold of them, they are saying that my application has not been finalised.”

Not having permanent residency has affected the course of Ntambala’s life as he cannot leave South Africa.

“I can’t do much, I am stuck in the borders of South Africa, I can’t travel.”

Ntambala is not the only person who has been struggling to get papers from the centre. Naeem Islam has been trying to get the right papers for two years.

“I’ve been coming here every day for three weeks straight after my arrest and I still haven’t received my papers.”

Islam was arrested in April and had to pay a R2,000 fine for not having the correct documentation. Despite submitting an application, he is still waiting.

“The people here treat us like dogs, they lock the gate and we can’t enter; that is why some people fight because people can go to jail if they don’t have the right papers,” Islam said.

After his visit, Hoosen expressed concern for staff that work at the offices.

“It really is a terrible situation. I do also feel for the staff that work there. The conditions under which they operate are unprofessional, unsafe and unhygienic.”

Hoosen added that the environment is unprofessional and one cannot expect applicants or workers to be treated as such.

“If you walk into an office that looks worse than a shebeen you are going to treat the people that work there with that level of respect.”

A frustrated Ntambele told Daily Maverick about the struggle of coming to Home Affairs and the refugee centre.

“When you want to renew your documents you feel irritated because you know it is going to take long. They need to take people seriously and instil order and professionalism. We need a sign saying what each line is for, it really does not cost much to create order, a simple piece of paper will do.”

Addressing similar issues, Hoosen said: “This matter is going to be a number one priority for us to raise in Parliament, to ensure that this office looks like a government office and provides a government service and show some level of respect towards the applicants {foreign nationals seeking refuge in South Africa}.” DM