Sexual harassment: We need to strengthen systems to hold ourselves accountable 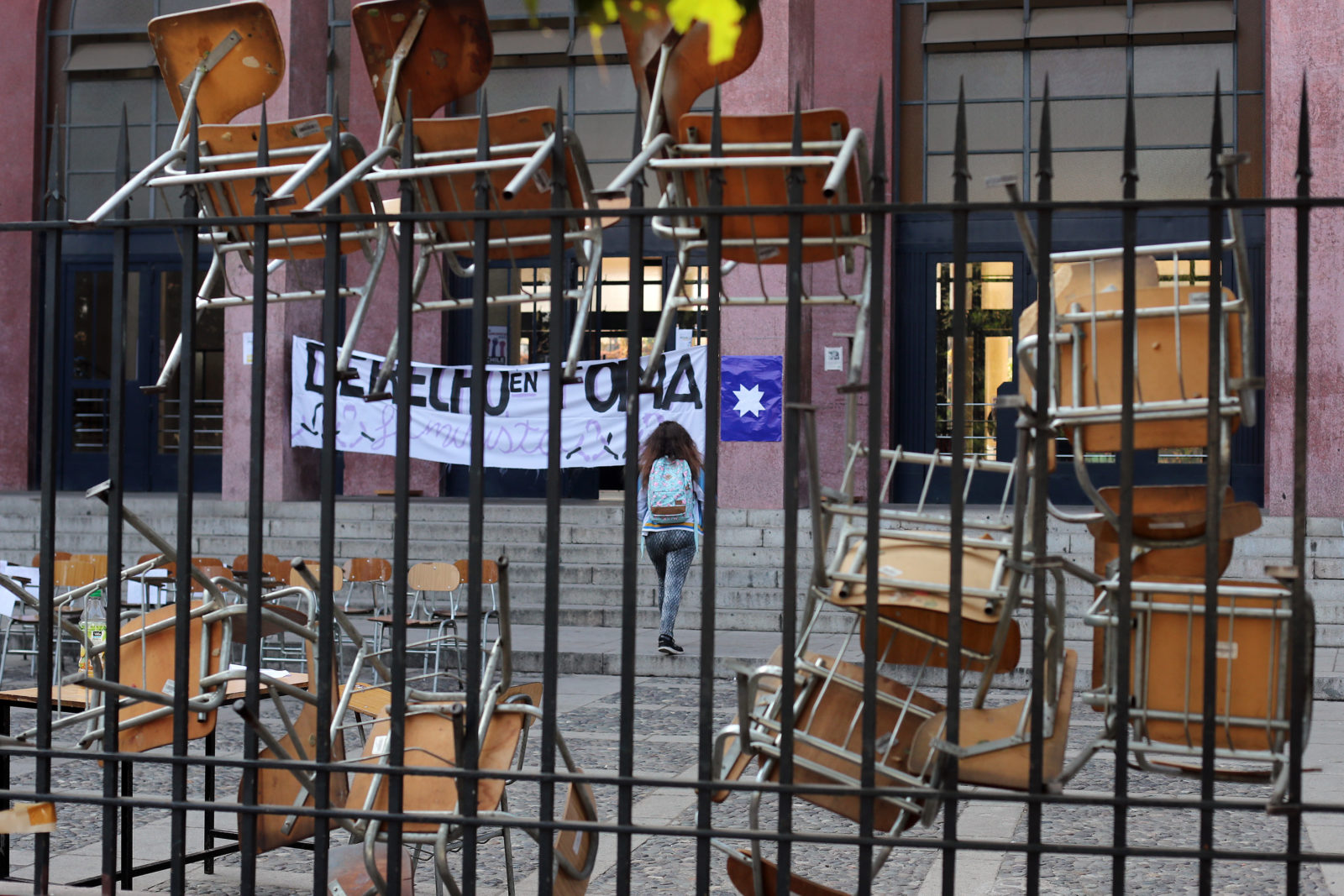 A woman walks at the Law Faculty of Chile's University during a protest against sexual harassment in Santiago, Chile, 08 May 2018. EPA-EFE/Mario Ruiz

It’s time that the social justice sector strengthened its own response to sexual harassment and misconduct. Here, Sonke grapples with the difficult questions that must still be answered if we are to stem harassment in the workplace, every workplace, and reflects on our approach. We hope that our journey, and that of other organisations wrestling with similar issues, might offer possibilities for a more accountable system.

As should be expected from an NGO whose mission and mandate is to promote gender equality and prevent all forms of gender-based violence and discrimination, we at Sonke Gender Justice have invested considerable time and energy over the last few months reflecting on our approach to addressing sexual harassment – both historically and currently. Initially inspired by the #MeToo movement, then in the wake of the Oxfam aid-for-sex scandal, and then more recently against the backdrop of unfolding allegations of sexual harassment against senior leaders of Equal Education, we have asked hard questions about how we address sexual harassment and what we need to do to ensure Sonke reflects internally the values we espouse externally.

Over the last few days, we have found inspiration in the many courageous calls issued by our partners for an end to impunity, for accountability and redress, for processes that protect and foreground the needs of survivors and sanction transgressors, and for mechanisms that proactively facilitate conditions that allow survivors to come forward and speak up. Like many of our partners, we believe that the insistent demand that social justice organisations, including our own, deal proactively with harassment, abuse of power, collusion, indifference to harassment and sexual misconduct, opens up space for urgent discussions and long overdue change.

Perhaps not surprisingly given that we’ve employed over 250 staff over the last 12 years, and that all of us have also been affected by the deeply patriarchal society in which we live and in which men’s violence against women is so pervasive, we have over the years also had to deal with sexual harassment perpetrated by our own staff. We believe we have acted decisively and proactively and been guided by our commitment to survivor agency and safety, perpetrator accountability, and to deterring any further harassment. However, each case has been difficult and painful in its own right. Each presented many dilemmas and challenges, including the lack of guidance within law or policy. We don’t pretend for a minute that we got every step right but we have tried hard to learn from them to improve how we respond and to inform our ongoing efforts to prevent harassment and abuse of power.

There have been many urgent calls for the social justice sector to live its values, for the double standards and hypocrisy to end. Sonke joins those calls. Much less has been written about how we operationalise our commitments and what systems and strategies we put in place to create the organisations so many are calling for.

We share here what we’re learning from our efforts to address and prevent sexual harassment. We do so with humility, aware that they may well seem obvious to some, but hopeful that they contribute to a dialogue we believe is sorely needed within the social justice sector about how we should respond to sexual harassment when it happens and, critically, what we need to do to create organisational cultures that prevent harassment and abuse and instead promote respect and equality.

Firstly, we recognise that neither Sonke nor any other organisation will effectively deal with sexual harassment and other forms of abuse unless women have real power and at least equal representation in positions of leadership and influence. Over the last eight years, the number of women has increased significantly at all levels of the organisation—the board, management, and staff. Currently, our board is entirely made up of women, mostly from other social justice organisations, women make up 50% of both our senior management team and our co-executive director team, 65% of the full management team of nearly 20 people are women, and nearly 70% of Sonke staff are women. Not surprisingly, our internal debates are richer, our work deeper and more sophisticated and more focused on women’s rights, as a result of women’s leadership, and the integration of women’s lived experiences. We continue to believe men can and must change and but situate this as just one of many strategies for achieving women’s rights and gender equality.

We know that a culture of accountability that confronts men’s violence against women requires systems and policies that empower survivors to speak out. However, sexual harassment policies must evolve to reflect the rapidly changing societies we live in if they are to be useful. The sexual harassment policy we put in place in 2008 shortly after we were established is now inadequate. After consultations with our board, some of whom are recognised as experts on sexual harassment, we committed to updating and improving our sexual harassment policy. It’s taken longer than it should have but we’ve learned a lot from engagements with the board and staff and are now about to workshop it in all our offices and put it in place.

Here are the key features of the policies we are proposing:

We wrestled with many questions along the way, as we know some of our partners in the sector are currently doing:

Another pressing question is what, when and how much information to share with staff and publicly about cases of sexual harassment. After seeking external legal opinions and following reflection upon the need for greater accountability for perpetrators, we have now taken the position that we do not announce specific reasons for suspension. In cases of dismissal, we will provide staff with reasons in plain language, be it fraud, sexual harassment or poor work performance.

Something else that we continue to struggle with is our position as an employer, and the constraints that labour law places upon us. What do we do if we dismiss someone for harassment and are taken to the CCMA and face the very real prospect that the CCMA might rule in favour of the perpetrator and reinstate them? Is it ever appropriate to reach a settlement with someone accused of sexual harassment, sexual misconduct or gender based violence?

Do we have a legal and ethical obligation to issue an announcement and name the person found guilty in a disciplinary hearing so that they don’t move on to another job in the social justice sector and harass people there too? While there is no legal obligation under current law, we recognise that there are compelling arguments to do so. Should we track where someone convicted of harassment works and alert any new employer to their prior misconduct?

Our staff have debated animatedly about what kind of physical contact, if any, is appropriate in a workplace context. Are hugs allowed? Should one ask before hugging a colleague to congratulate or console? Are colleagues allowed to date each other? What about terms of endearment in the office?

Tohelp us get answers to these and other questions, and to finalise our policy, we have commissioned an independent external assessment of our current and proposed sexual harassment policy, our response to harassment currently and historically, and our organisational norms and culture. The advocate leading this assessment will issue her report and recommendations directly to the HR sub-committee of our board who are mandated to hold Sonke’s management to account for the speedy and effective implementation of her recommendations.

We look forward to working with our partners in the social justice and gender equality sectors as we put in place strengthened systems to hold ourselves accountable to our commitments to address and prevent sexual harassment internally and in work we do externally. It’s time for firm action on sexual harassment within all sectors, including our own. That’s what we stand for as an organisation. DM

This article was authored by many staff at Sonke and was reviewed and authorised by the senior management team which is made up of Heather van Niekerk, Dean Peacock, Angelica Pino and Bafana Khumalo and by Sherylle Dass, chair of the board