Ramaphosa positive about the progress the African continent is making 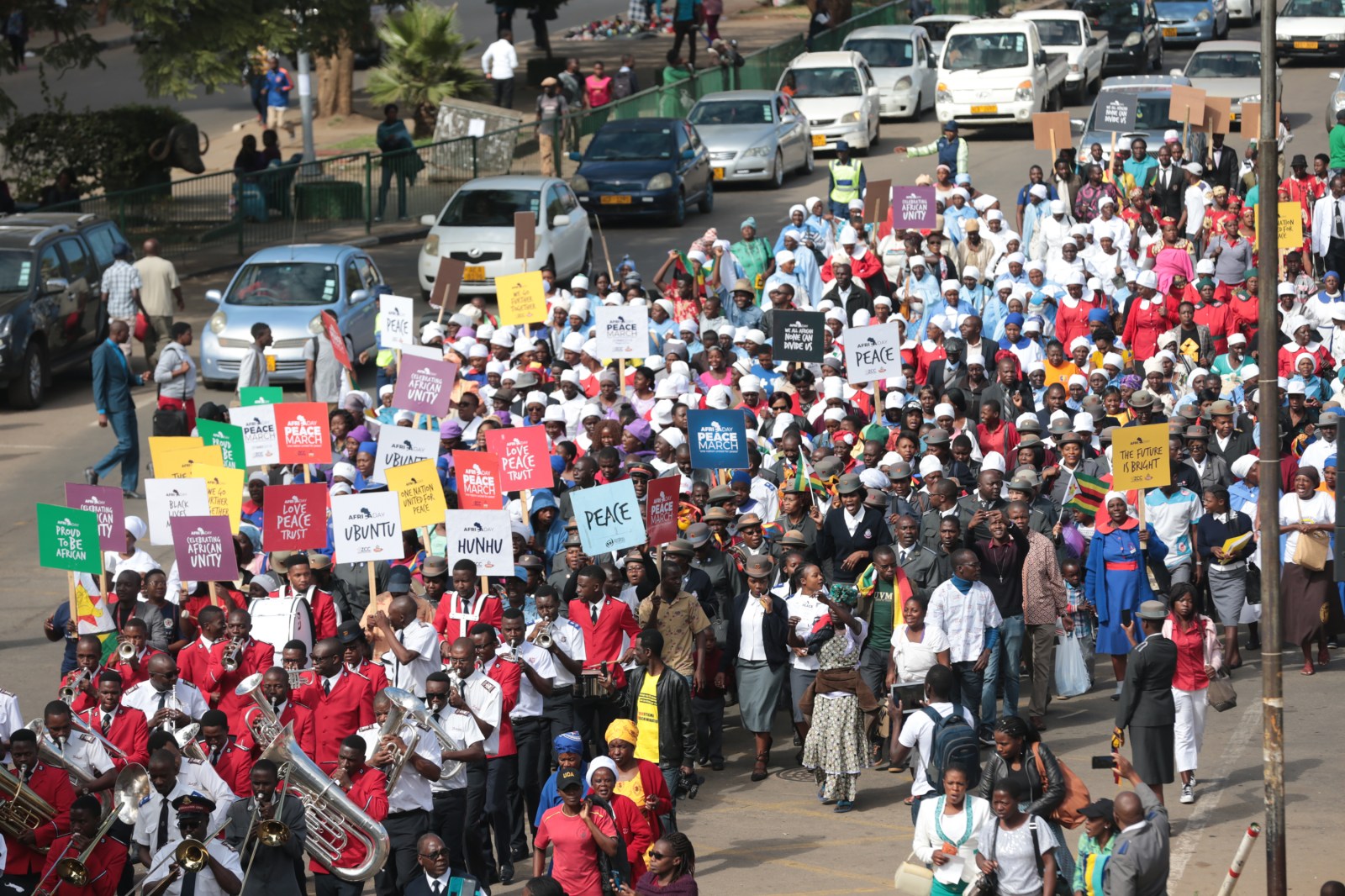 Ramaphosa positive about the progress the African continent is making

It’s expected that by the end of 2018, 20 countries in Africa will have held presidential elections, and this, according to South African President Cyril Ramaphosa, is a sign of progress.

“Choosing the ballot rather than the bullet is a clear indication of progress,” said Ramaphosa on Friday at the Africa Day celebration that was hosted at Sefako Makgatho, the presidential guest house in Pretoria.

Ramaphosa wished all the countries that will be having presidential polls peaceful and fair elections.

Ramaphosa was happy about the progress that Africa is making, with conflict declining dramatically, making more African countries secure.

According to the president, a peace dividend which has been experienced by a number of countries previously stricken by conflict such as Côté d’Ivoire and Rwanda has translated into unprecedented opportunities and growth for these countries.

Even though conflict levels have declined in some countries in Africa, Ramaphosa said the “insecurities” that the east of the Democratic Republic of Congo, in the Sahel region, including in Libya, Somalia and the ongoing conflict in South Sudan were still a concern.

“We are hopeful that the efforts by the AU and its subsidiary organisations’ co-operation with the United Nations will lead to peaceful and durable solutions in these countries,” said Ramaphosa.

Touching on the scourge of corruption, the president made delegates that he was hosting aware that the AU’s theme for 2018 is winning the fight against corruption in the efforts to build a sustainable path towards the transformation of Africa.

“Corruption undermines the very fibre of the Africa we want, as envisaged in the AU’s agenda 2063,” said Ramaphosa.

According to Ramaphosa, countries that are taking a stand against this growing phenomenon are an inspiration, and those countries which have not taken a stand yet should consider joining the anti-corruption fight.

Ramaphosa is also determined to redouble South Africa’s efforts in the contribution of peace and security, development and prosperity of the continent. South Africa owed people on the continent gratitude for their unwavering solidarity and hospitality, which made it possible for South Africa to conquer colonialism and apartheid.

Ramaphosa said the adoption of the African Continental Free Trade Area is an iconic milestone along Africa’s journey towards an eventual African common market.

The African Continental Free Trade Area was adopted in March 2018.

The Free Trade deal will also act as a catalyst for industrial development, placing Africa on a path to the exportation of value-added products. This would serve as a way of proving Africa’s competitiveness in its markets and globally.

The African Continental Free Trade Area is expected to create a market of about $2.6-trillion, thereby addressing Africa’s key development challenges of unemployment and poverty. DM