First 100 days: Off to a good start in diplomacy 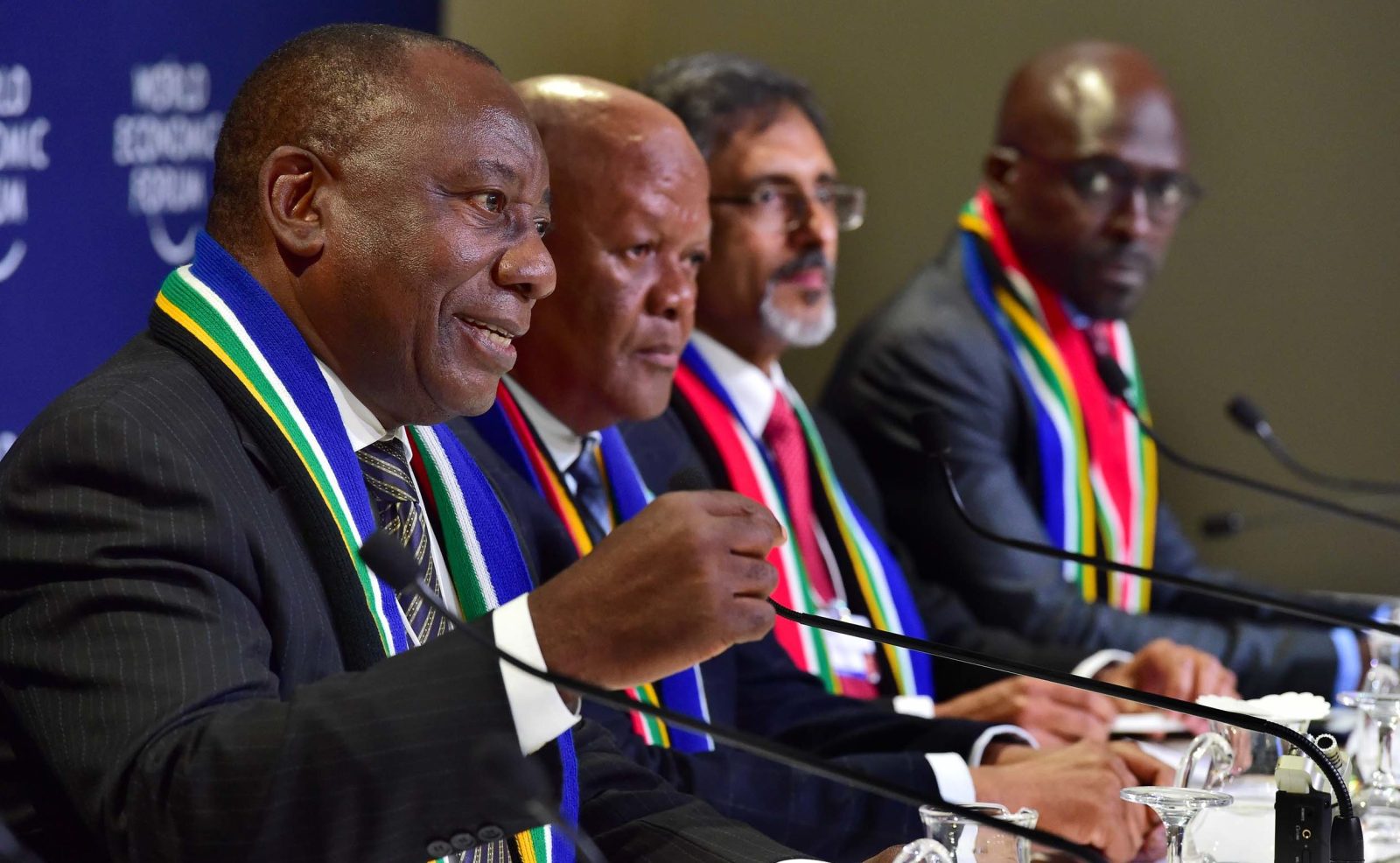 In his first 100 days as president, it wasn’t only the fires raging at home that needed Cyril Ramaphosa’s attention. He had to chair regional meetings and negotiate technicalities about an African Union summit on free trade.

All those months ago, when Cyril Ramaphosa was still Jacob Zuma’s deputy, there was a diplomatic situation that required urgent action from the South African government. It was complicated because of negotiations that happened after hours and lives being at stake. The foreign diplomat involved could not get anyone to take or return his calls despite the urgency.

Out of desperation he called Ramaphosa, who immediately helped resolve the issue.

“Everybody loves him,” gushed an African high commissioner at an Africa Day lunch at the Sefako Makgatho Presidential Guest House in Pretoria on Friday.

There was a long queue of locally-based diplomats next to the buffet tables, but they weren’t waiting to fill their plates with pap, samp, oxtail stew, chakalaka, fruit, or the chef’s reasonable attempt at West African brown rice jollof. They were waiting to shake hands with Ramaphosa, who apparently got ambushed on his way to dish up so lunch could formally open.

Someone remarked how important it was for the diplomats to send home a picture with the president and a report to their political principals.

Although Zuma had similar interactions with diplomats in his first term, these dried up in his second, and especially in the last year. By January he was internationally regarded as history to such an extent that almost none of his foreign counterparts turned up for the kick-off of Nelson Mandela’s 100th birthday celebrations in Addis Ababa.

Ramaphosa’s handshaking – and brief discussions in some cases – took the better part of an hour or two at the Africa Day event. It frustrated some officials and diplomats who had other appointments, but couldn’t leave before Ramaphosa. They were also unpleasantly surprised that it started about an hour late, for reasons unapologised for. It could be that the signing of the Special Investigating Unit’s mandate to probe more government wrongdoing delayed Ramaphosa.

In his speech Ramaphosa promised that “South Africa’s foreign policy will always be rooted in the African Continent, seeking to contribute towards the African renaissance”.

Ramaphosa spoke of security concerns in the east of the Democratic Republic of Congo, the Sahel region and South Sudan, but, like at least two of his immediate predecessors, treaded lightly around governance and democracy concerns.

Ramaphosa criticised United States president Donald Trump – though not by name – by saying the “revocation of binding international agreements, unilateralism and protectionism pose major threats to the rules-based international system”.

He also solicited support for South Africa’s bid for a third term in a non-permanent seat in the United Nations Security Council, with elections coming up next week.

Not an earth-shattering speech.

But back to the handshaking. Chinese Ambassador, Lin Songtian, queued twice for enthusiastic – and some more enthusiastic – discussions with Ramaphosa.

“Jobs are the key to solving the country’s problems,” he said.

These could be created quickly through tourism and investment, and Ramaphosa’s government was already tending to the security and visa obstacles to tourism.

He said Ramaphosa’s planned investment summit for later in 2018 was a good idea.

“We are encouraged, because the direction he is taking is great. Ramaphosa is the right person at the right time,” he said.

“Leadership is important. You can have a plan and a policy, but you need to implement it properly. He knows how to focus, and he is business-minded,” he said.

Long-time dean of the diplomatic corps, DRC ambassador Bene M’Poko, did not have to queue as he was seated next to Ramaphosa at the main table.

In a speech, M’Poko praised Ramaphosa for hitting the ground running, immediately assuming his duties as Southern African Development Community chairperson (the rotating year-long position South Africa has held since August 2017) and doing the rounds to neighbouring countries.

He thanked Ramaphosa for appointing “a minister who is committed to maintain a close dialogue with heads of missions accredited to South Africa” (some diplomats, however, still privately complain how difficult it is to set up meetings with leaders in government, or to co-operate on issues of safety and the management of their nationals in South Africa), and even joked about the president’s early morning walks.

“We have been watching you promote good health habits,” he said, to a murmur in the audience.

“I would like today to challenge my colleagues here to imitate you and to start walking every Saturday morning by choosing a path here in Tshwane so we can also promote health habits in the country.”

M’Poko told Daily Maverick Ramaphosa took to chairing his first SADC meeting in Angola only a few days after assuming the presidency as if he’d been doing it all his life.

“What I noticed is he is a fast learner,” he said. “It’s very exciting to work with him.”

He said Ramaphosa was “knowledgeable about the issues, although he is very new in office”, and “we are looking forward to interacting with him on a regular basis”.

Zambian High Commissioner, Emmanuel Mwamba, did not only speak highly of Ramaphosa’s work in SADC, but also locally.

“I think we are still in the phase of ‘Ramaphoria’, so the 100 days are still early, but there is a lot of hope that the president has inspired since he took office. It has stabilised the markets,” he said.

Mwamba said Ramaphosa was working hard for stability and unity. He has been “trying to hold together very divergent, sometimes very hostile views.

“To hold such a vehicle together you need an immense skills set, which he has demonstrated.”

He said although Ramaphosa’s inclusion of key ministers from the Zuma era was seen as a weakness, it was in fact a strength because it “kept the vehicle together, as the ANC, which drives government”.

He said although Ramaphosa had met with Zambian president Edgar Lungu on the sidelines at SADC meetings, they were still talking about a visit by Ramaphosa to Zambia.

Tanzanian High Commissioner Sylvester Ambokile said he didn’t need much time with Ramaphosa in the queues, as he had already met him two weeks ago at Luthuli House about party business. The governing Chama Cha Mapinduzi and the ANC have links as former liberation movements.

A number of diplomats from outside Africa expressed optimism about Ramaphosa’s leadership, but a few said they were cautious not to be seen as taking sides in South Africa’s politics.

French ambassador Christophe Farnaud said expectations of Ramaphosa were “high and positive”. He said Ramaphosa’s declared intent to get $100-billion in foreign investment, and his appointment of a team to work on this, was well received.

“French investors, already in the country, have indicated that they want to stay, and quite a number of French companies are looking at the country, more than before, in a positive way. They want to see how things develop.” DM