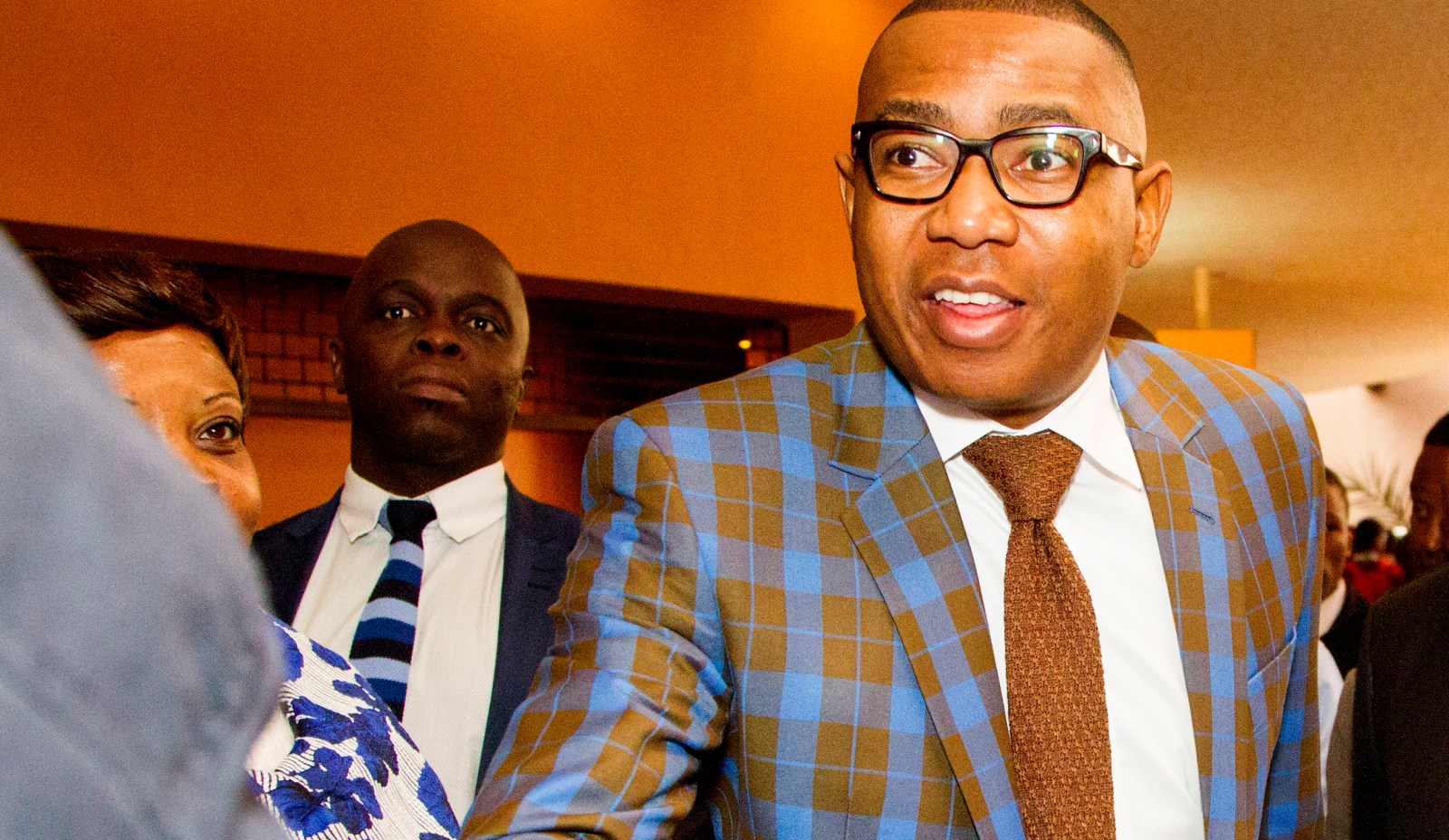 Mduduzi Manana must be removed from Parliament if the ANC is serious about tackling gender-based violence, say organisations affiliated to the ruling party and civil society groups following the latest accusations of abuse against the former deputy higher education minister.

Organisations associated with the ANC, including the party’s Youth and Veterans leagues, Cosatu and the Congress of South African Students (Cosas), have called on the ruling party to remove Mduduzi Manana from Parliament after the convicted women assaulter faced allegations this week of abusing his domestic worker.

“Manana’s behaviour or actions are not only in direct opposite of the ANC’s values, principles and revolutionary morality, but they are unjustifiable, barbaric and inhumane,” said ANC Youth League (ANCYL) spokesperson Mlondi Mkhize in a statement on Wednesday. The ANCYL called for Manana to resign as an MP and from the ANC’s national executive committee (NEC) and urged the party to take decisive action.

Manana’s domestic worker Christine Wiro has accused him of trying to push her down the stairs and opened a case of assault, intimidation and crimen injuria on Sunday, which she later withdrew. Prosecutors are still pursuing the matter. Manana allegedly offered Wiro R100,000 to withdraw the case. He accused her of extortion.

“His unrepentant actions are harming the image and public standing of the ANC, as a trusted leader and chief representative of popular aspirations of our people,” continued Mkhize.

In 2017, Manana was convicted of three counts of assault with intent to cause grievous bodily harm after assaulting three women at a Cubana nightclub.

In November 2017, he was sentenced to either one year in prison or a R100,000 fine (he paid the fine) and ordered to attend anger management classes and perform 500 hours of community service. In December, he was elected to the ANC NEC on President Cyril Ramaphosa’s list of candidates.

Trade union federation Cosatu wants the ANC to remove Manana from Parliament and hold a disciplinary hearing regarding his position in the NEC.

“The ANC can’t continue to claim to be a leader of society, it has to prove it,” said spokesperson Sizwe Pamla.

“We are not going to endorse the nonsense that the ANC is the leader of society when our own mothers are subject to [that type of] abuse.”

The ANC announced in 2017 that it would subject Manana to a disciplinary hearing, but it’s unclear whether it has taken place. Manana resigned from his position as deputy minister of higher education after the allegations surfaced.

ANC spokesperson Pule Mabe was not available to comment on Wednesday.

“You cannot have a leader of that nature,” he said.

He said the ANC had not held Manana accountable but instead had rewarded him by electing him to its NEC.

National Assembly Speaker Baleka Mbete on Wednesday said she will advise the Joint Committee on Ethics and Members’ Interests to investigate the latest allegations against Manana, in addition to the assault charges in 2017.

“Violence, especially violence against women and children and the vulnerable in our society, is a scourge which we must combat without compromise. Often the survivors of violence, especially domestic violence, drop complaints which they lodge with the police,” she said.

Manana has denied allegations he abused his domestic worker and said he wants to open a case of extortion against the Wiro family.

“I wish to place on record that since the case assault which was levelled against me and for which I pleaded guilty‚ there has been desperate attempts to discredit and tarnish my name,” he said in a statement.

Some ANC affiliates are taking a cautious approach. SACP spokesperson Alex Mashilo said the law must take its course before the party would take a position on Manana. The ANC Women’s League (ANCWL) said it supported victims of violence, but the league was not available to comment on whether Manana should be removed from Parliament.

“[The] ANCWL acknowledges that there are various reasons for victims of gender-based violence to withdraw cases but however that practice defeats the goal of eliminating gender based violence in the country,” said a statement from ANCWL Secretary-General Meokgo Matuba.

Civil society groups have called on the ANC to hold the MP accountable.

“Mduduzi Manana needs to be arrested before he kills somebody,” said Themba Masango from the #NotInMyName campaign, which rallied against Manana during his case in 2017.

“This guy is not rehabilitated; he’s not repentant at all.”

Sonke Gender Justice’s Marike Keller reiterated the call for the ANC to remove Manana from Parliament. If he remains, the party will show it does not care about violence against women.

“As a Member of Parliament you’re held to a certain standard, you’re a role model for the country and you should be held to higher standards,” said Keller.

In deciding what to do with Manana, the ANC will have to be mindful of the upcoming 2019 elections. The ANCYL said voters will punish the party if it doesn’t act.

Political analyst Professor Susan Booysen said the election playing field had fundamentally shifted and political parties must be sensitive to heightened demands for accountability for allegations of violence against women.

“I think it could have a huge impact because there are new sensitivities, new standards and new demands for actions against perpetrators,” she said. DM