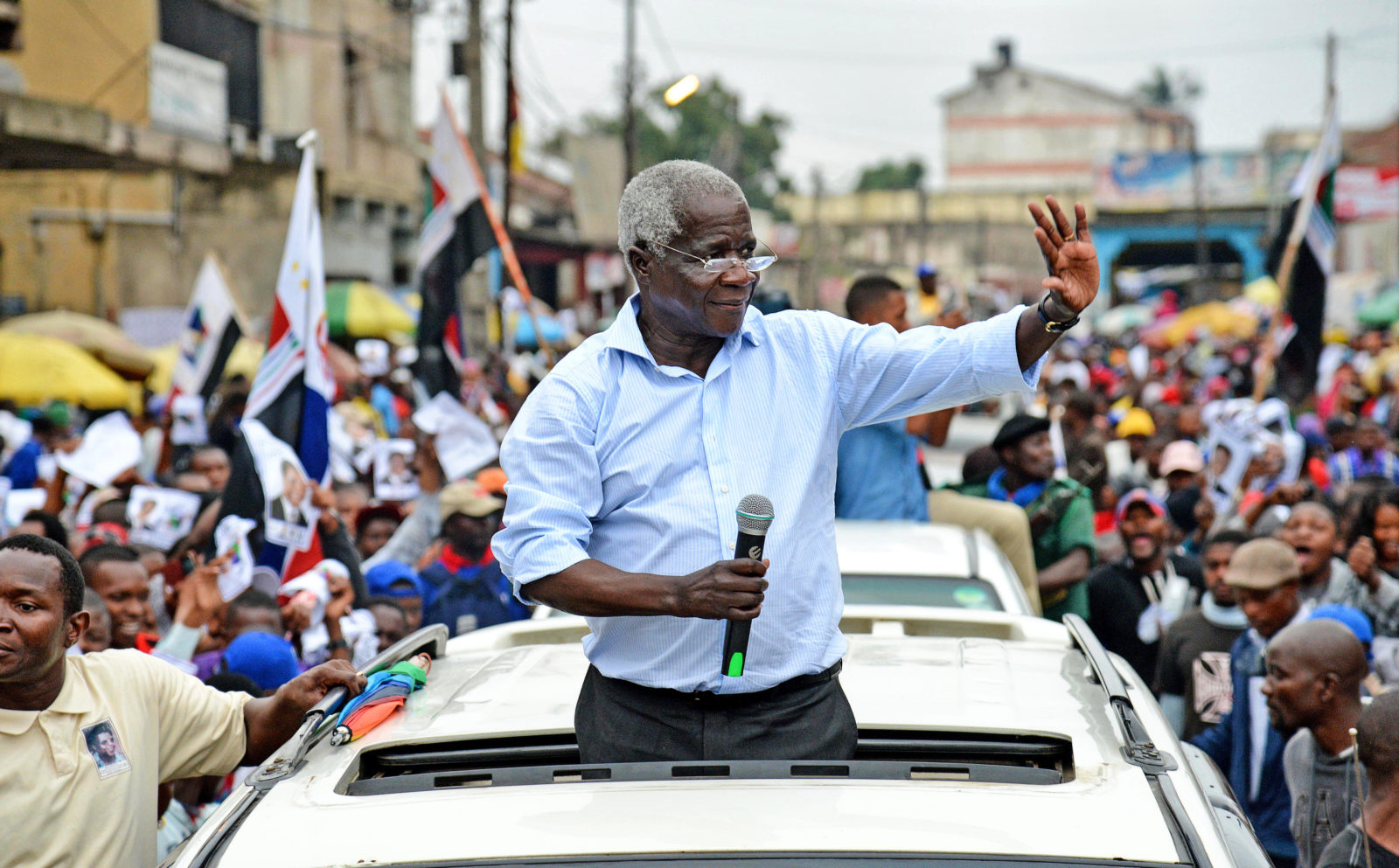 Afonso Dhlakama, a thorn in the side of Mozambique’s ruling Frelimo party for nearly 40 years, died – apparently of kidney failure caused by diabetes – in or near his Gorongosa mountain hideout early on Thursday.

Afonso Dhlakama’s death on Thursday has been confirmed by close associates, sources in Mozambique’s two main parties and the Pretoria government, though no official confirmation had been issued by late Thursday evening.

Dhlakama died at about 06:00 on Thursday, three hours before an evacuation helicopter arrived to rush him to hospital in Beira, according to South African constitutional law professor Andre Thomashausen, a close associate and former adviser to Dhlakama.

However, veteran Mozambican political journalist Paul Fauvet said Dhlakama had died in the helicopter on route to hospital.

His sudden departure from Mozambique’s political stage, on which he played such a prominent role for so long, has created uncertainty about the future of his Renamo party and that of the country. Especially as he and the country’s President Filipe Nyusi seemed to be on the verge of concluding negotiations to end Renamo’s resumption of low-level military warfare over the past few years.

The result of his death would “probably be instability within Renamo as there is no clear successor”, said an official in South Africa’s Department of International Relations and Co-operation.

“But no serious impact on the general stability of the country and probably the end of Renamo’s threat to Frelimo.”

Fauvet said Dhlakama “exercised iron control over Renamo, and there is no obvious successor, nobody who can negotiate with Nyusi with the same authority”.

“The worst possible outcome would be for Renamo to fall apart, with its armed force just becoming groups of bandits raiding villages and staging ambushes. Hopefully, the government and the remaining Renamo leadership can negotiate some kind of stopgap solution that will avoid such a scenario.”

Thomashausen, who had known Dhlakama since 1981, agreed with the South African official that Dhlakama’s death did not pose a threat to Mozambique’s democracy.

But he did not quite agree that it would end Renamo’s political threat to Frelimo. He said Frelimo had suffered a big loss in the recent by-election in Nampula city and so Renamo could still do well in the general municipal elections in October.

But that would, he acknowledged, depend on a smooth succession within Renamo.

He said there could be a fierce contest for the party’s leadership between its secretary-general Manuel Bissopo and Dhlakama’s daughter Maria Soares who heads the party’s parliamentary caucus.

Fauvet said Dhlakama’s death had given the second opposition party, the MDM, an opportunity to overtake Renamo as the main opposition force. This was in part because of uncertainty about how Renamo would choose its candidates for the municipal elections.

“When Dhlakama was alive, he would have personally chosen the key candidates.”

Thomashausen and Fauvet said Dhlakama’s death had also come at a very delicate moment, creating great uncertainty over the negotiations which had been under way for months between him and Nyusi to decentralise power to the provinces and integrate Renamo rebel forces into the regular army.

Thomashausen, who was a key constitutional adviser to Dhlakama during the negotiations which led to the end of the civil war and the first multiparty elections in 1994, said the negotiations had appeared to be showing promise in meeting Dhlakama’s persistent demand that Renamo should appoint the governors in provinces where it commanded majority support.

The deal could then end the occasional military skirmishes between the country’s two main parties, Nyusi’s Frelimo and Dhlakama’s Renamo which had begun in 2014-2015 after Dhlakama retired from Maputo to the bush, insisting he was being cheated in elections.

The low-level warfare never really threatened to plunge the country back into the full-scale civil war of the 1980s, but was damaging to the country’s economic recovery, mainly by deterring investors.

It is now uncertain what will become of that deal. Thomashausen said Frelimo was likely to stall on it, as the party never really liked the idea of decentralisation.

Fauvet agreed that without Dhlakama’s strong leadership it was now hard to see how these negotiations could be concluded. Especially since the constitutional amendments necessary to legalise the decentralisation were not quite ready as Frelimo was complaining that Renamo was trying to add points that were not in the consensual document agreed between Nyusi and Dhlakama.

Dhlakama will leave a highly controversial legacy. Some will see him as a key architect in Mozambique’s transition from a one-party Marxist state in the early 1990s, others as a warlord and collaborator who was sponsored by first the white Rhodesian government and then the apartheid government, to destabilise the Frelimo government.

Thomashausen said that Dhlakama had been a charismatic political leader who could pull large crowds of 20,000 people and hold them mesmerised. But he said he had become increasingly embittered by his successive defeats to Renamo in presidential and parliamentary elections which he was convinced had been rigged.

This had also made him paranoid about betrayal, even from his closest Renamo associates, many of whom he had thereby alienated and driven off.

Fauvet said Dhlakama’s death had been confirmed from Renamo and Frelimo sources, “although no formal statements have yet been issued.