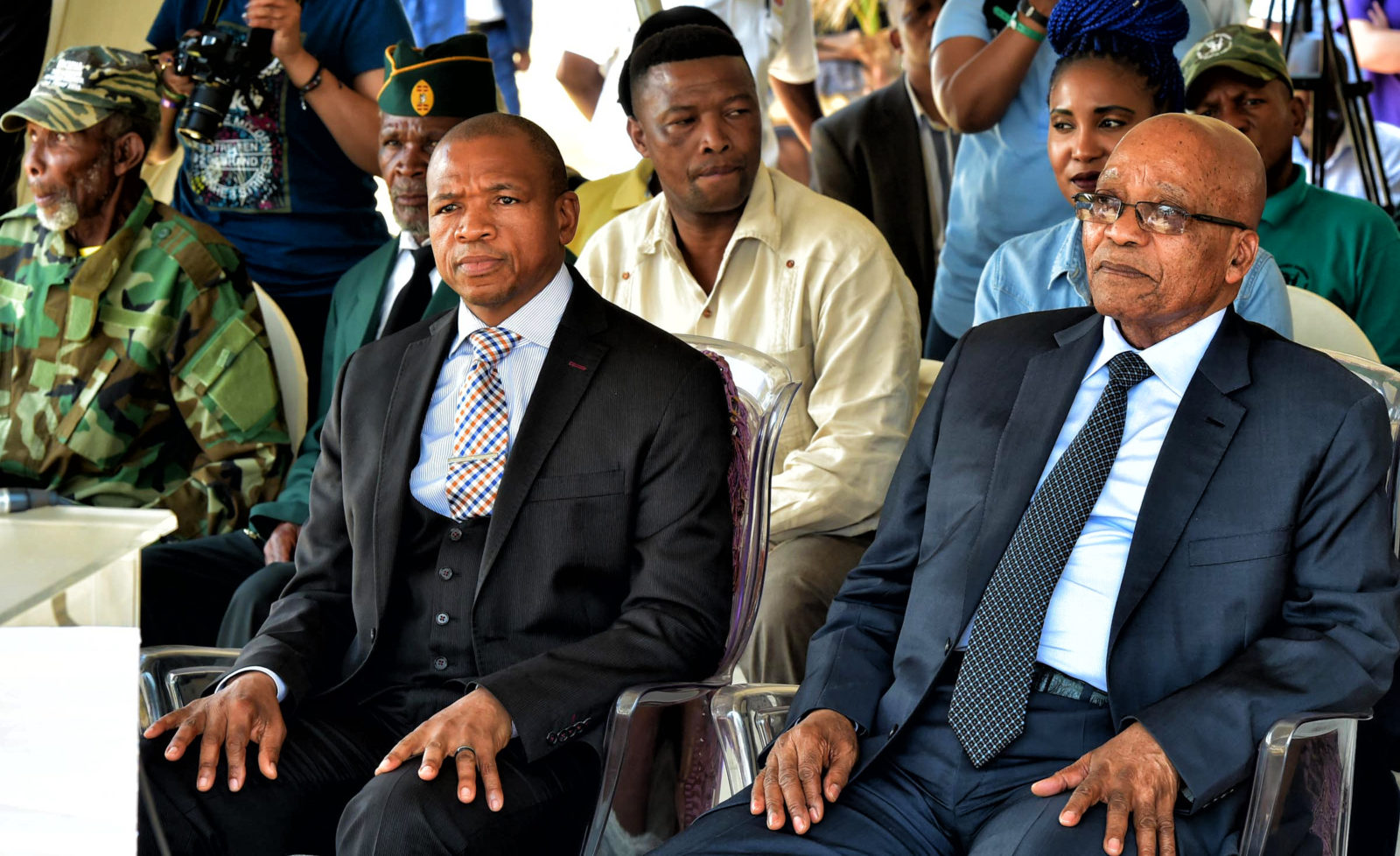 Leaders of ANC regions in North West claim there’s an orchestrated campaign to replace their leader, Premier Supra Mahumapelo, by a power-hungry clique scared of his stances on transformation and corruption. The premier’s opponents may want to rid the province of “Black Jesus” Mahumapelo, but pro-poor and anti-corruption are hardly phrases associated with his leadership.

The Revolutionary Council, a collection of ANC-aligned figures calling for North West Premier Supra to be recalled, said a press conference on Tuesday held by leaders of ANC regions in North West supporting the premier was an attempt to divert attention.

Revolutionary Council spokesperson Lucky Kgabi said the group, supported by a number of ANC members frustrated by Mahumapelo’s leadership of the party and government, wanted to challenge the “dictator”. He denied there was an orchestrated campaign to remove leaders in North West, Free State and KwaZulu-Natal who were aligned to former President Jacob Zuma.

“It is ridiculous to say we are purging those who were against the current president of the ANC,” said Kgabi.

Commenting on the claims they were against “radical economic transformation”, he said:

Addressing the media on Tuesday, the regional ANC leaders claimed the anti-Mahumapelo protests that erupted in Mahikeng last week were part of a campaign to effect “regime change” across all levels of government in the province.

They said the Revolutionary Council was made up of disgruntled North West leaders who campaigned for President Cyril Ramaphosa’s election as ANC president at the party’s conference in December at Nasrec.

The group was still campaigning along factional lines to force a change in leadership, they claimed.

“It’s basically a coalition of the wounded who get angry and are prepared to fight if things don’t go their way,” said the ANC’s Dr Kenneth Kaunda Regional Secretary, Lopang Rothman.

“Their agenda has always been regime change so as to create a conducive platform for them to rise and ascend into power.”

Kgabi said the group includes members from across all sectors of the ANC and government and Rothman basically agreed, citing the movement’s leagues, union members, and government officials who support the movement against Mahumapelo.

The regional leaders alleged the Revolutionary Council had a three-phase programme to achieve its agenda: remove former president Jacob Zuma, make the province ungovernable, and force national leaders to intervene and appoint new leaders from the positions of councillor to the premier.

They repeated claims that the project had a budget of R2-million, but offered no evidence of their allegations other than sources they claimed were in Revolutionary Council meetings.

“We are making a point that this is a national programme targeting certain provinces,” said Rothman.

“We are not defending Supra here. I know immediately after this meeting we will be called names,” said Acting Kenneth Kaunda Chairperson Zanele Mphafudi.

Speakers said investigations against Mahumapelo must continue, but he must be presumed innocent until proven guilty. They added that the premier had done “exceptionally well” and was being targeted for saying those facing corruption charges must avail themselves to the authorities and his government would be pro-poor.

Kgabi from the Revolutionary Council called the claims “ridiculous”. He denied they had funding and said the group supported the protest action but had continually called for peaceful demonstrations.

Protest action calmed in Mahikeng since after Ramaphosa flew into the city on Friday and held a meeting with leaders from various factions. Kgabi said he had confidence in the ANC’s leadership, but warned against being slow to act against the premier.

“Let the leadership feel the pulse of what’s happening on the ground,” he said, noting the upcoming 2019 elections. He called on the ANC to report back on its work in North West by Wednesday afternoon.

Mahumapelo is accused of a range of corruption allegations and service delivery failures. The Hawks are investigating allegations emerging this weekend that the premier gifted Zuma with cattle worth R1.5-million in 2016. ANC provincial spokesperson Gerald Modise on Tuesday said the gift came from a private businessman.

ANC Secretary-General Ace Magashule said on Monday that the party continues to look into governance and organisational issues in North West. He said Ramaphosa would tackle some of the concerns around governance and service delivery while the ANC would soon provide a report into organisational challenges in the province.

Complaints of “purges” from Mahumapelo’s allies in North West reflect reports coming from some of Zuma’s other supporters. Some in Ramaphosa’s camp and many in the public arena have appeared frustrated, however, at the president’s patience towards Zuma allies facing corruption allegations.

There were reports this week of protests spreading to other parts of North West. Police have confirmed a 16-year-old was killed in Taung on Monday and the Independent Police Investigative Directorate (IPID) has opened a case. It is alleged the boy was shot by police. More than 30 people have been arrested since the protests began.

Health services were severely affected by the protests last week, exacerbating the challenges introduced by the strike led by the National Education, Health and Allied Workers’ Union (Nehawu). The union on Tuesday blamed the provincial government for the two-month strike and vowed to intensify the industrial action. The SANDF has been sent into North West to assist in providing healthcare services. DM