Land expropriation, food security and poverty eradication – some observations from the Eastern Cape 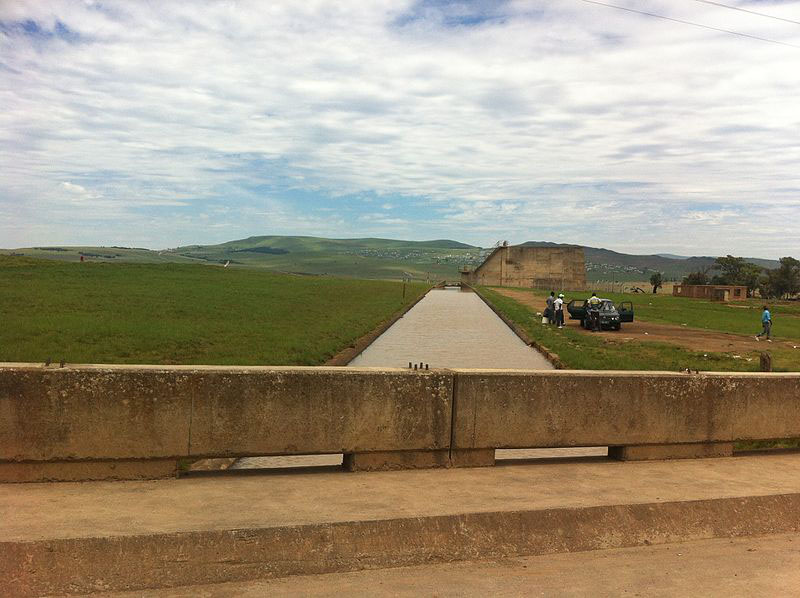 Land is not just a means to secure a better life for you and your children but has an intrinsic value as a place where you belong – ancestral home. A discussion of land ownership issues in this country, particularly in rural areas, will be incomplete unless this intrinsic and emotive value is accounted for. However, if land is not put into productive use, whatever its mode of ownership, it would not be part of the solution for the present ills of the South African society, especially the eradication of poverty. We thus, in this contribution, focus on land that is used to enhance the livelihoods of its citizens.

The cases of the Ncora Irrigation and Oathay Siding schemes in the Transkei part of the Eastern Cape are instructive in this regard. They will no doubt inform current debates on the land question that have been sparked off by the new ANC policy on land, followed by the recent motion adopted in the National Assembly endorsing land expropriation without compensation, while ensuring the food production is not negatively affected.

The above schemes were amongst a number of “development” schemes that were established by the National Party Government through its Transkei Bantustan during the 1970s and 80s. On the surface, the objective was to increase food production through modern farming methods while creating rural employment.

Both schemes were managed by the same firm of development consultants, Loxton Venn and Associates, whose offices were in Johannesburg. They employed agricultural experts who lived on site and managed the operations. Some were ex-Zimbabweans who had farming or agricultural extension experience, while others had relevant maintenance skills.

There were yet some others who sought to live their dream in Transkei, naïve believers of the wonders of rural development. Lower management and labouring positions were filled by locals.

At Ncora, locals had their own private plots in the scheme, and payment for produce from their private plots was guaranteed. The Ncora scheme had a complicated structure of commercial land, plots and allotments, and occupied about 3,000 hectares of fertile land, with a potential expansion to around 5,000, all under gravity fed irrigation from the Ncora dam.

Up to 40 agricultural and administrative staff lived on site with their families to manage the infrastructure including irrigation, workshops and offices. In the mid 1980’s, the Ncora scheme produced 3,000 pockets of cabbage per day as well as 15,000 to 20,000 litres of milk.

In a pre-Christmas week, over 30,000 pockets were sold, presumably to feed urban workers returning for the holidays. On a quiet evening you could sit in the fields and hear cabbages grow. The cabbage was marketed throughout the Eastern Cape while the milk, pasteurized at the on-site dairy, was sold as Amasi via a motley fleet of delivery trucks to local stores; the biggest of such local stores was the Gcuwa Dairy in Butterworth. In addition, white asparagus was grown and canned on site for export to Germany. Caped Gooseberries were grown for jam.

Oathay Siding, situated between Queenstown and Cofimvaba, bred high producing Friesland milk cows and consisted of a dairy and irrigated lands for fodder production. Surplus fodder was sold at low prices to local farmers and the milk was delivered to a processing facility in Queenstown. Smaller than Ncora, Oathay had about 10 expatriate staff living on site.

Today, Oathay Siding is deserted. The houses are vandalised and the dairy itself is a roofless shell.

At Ncora too, operations are not what used to be. Its cabbages, dairy factory, cannery and staff village are no more, the irrigation infrastructure is in desperate need of repair, and only one milking parlour from the original three is supplying milk in bulk to Port Elizabeth.

Ncora is one of the diary projects in which former President Jacob Zuma pumped in huge sums of money, with an uncertain outcome at best. The countryside between the two sites has sprouted an assortment of houses, some substantial. Sadly, the remaining commonage has been overgrazed, and land erosion is noticeably worse than it was 30 years ago.

Given the ongoing debate over land, its ownership and its role in food production, we cannot help wondering why these naturally blessed agricultural experiments have been plundered in the post-apartheid period.

Was it because neither scheme was financially self-supporting? Or, was it because these schemes were shop windows to show how the administration of KD Matanzima, the apartheid government surrogate, was caring for its people and to demonstrate what could be achieved through the apartheid policy of Separate Development.  Matanzima himself was emotionally involved, visited the schemes regularly and saw them as his legacy.

However, regardless of the actual ideology employed, future attempts at improving the livelihoods of rural residents will all have to manage the interplay between financial sustainability in the short and medium term with a guiding philosophy which will champion the upliftment of the local inhabitants. Interviews with previous employees and managers might suggest solutions to such problems.

Land, including agricultural land in the rural areas of the former bantustans, was/is owned by the State and administered by tribal authorities, now referred to as traditional councils that are dominated by unelected chiefs and headmen.

Rural residents acquire their rights to occupy and use land through these structures. These rights are not as strong as freehold rights that are enjoyed by South Africans in urban areas and farmers on white-dominated commercial farms. This made rural residents vulnerable as they could be and were often forcibly relocated. In the case of Ncora, land for cultivation was taken from the residents. In those situations, rural residents hardly had recourse to law.

To the extent to which these schemes seemed to be successful, our view is that this was largely due to the land tenure system in the countryside of the former bantustans, coupled with the fear that the autocratic apartheid regime and its surrogates imposed on rural residents. Such fear was heightened particularly after the clampdown on popular residents. The Mpondo Revolt of the early 1960s stands out as an example of such clampdowns.

With the advent of democracy, rural residents have reclaimed the land that was allocated to them. Some of this land, including agricultural land, belongs to people who spend most of their time in the cities and is thus lying fallow.

This introduces an apparent tension and irony of agricultural land that is seemingly unused and/or under-utilised in a sea of poverty. It will be interesting to see what research can show in terms of whether or not reclaiming land by the residents contributed to the disintegration of Ncora and Oathay Siding.

Investigation into this aspect would encourage informed discussion around the issue of expropriation, for example whether agricultural land in Ncora and Oathay that is either not used or is under-utilised should not be subject to expropriation and re-allocated to those who have demonstrated interest in the use of land.

Governance of a “communal” resource is another lesson that can be learnt from the Ncora and Oathay schemes. Who got jobs on the schemes? Did the local chiefs manipulate the scheme managements to employ their followers in a form of patronage? What if several chiefs felt they should have the final say over employment decisions? If this did occur, then there is the possibility that over time unsuitable candidates were employed over those who had ability but no local influence.

The continued dominance of chiefs and unelected headmen in a democratic South Africa and the support they enjoy under an ANC-led government make the above questions relevant. Lessons can also be drawn from similar schemes, such as the Delindlala Communal Property Association, which operates as a cooperative in the Chris Hani Disctrict municipal area in the Eastern Cape. One of few successful cases of land redistribution programmes, this cooperative could offer an illuminating comparative study.

Historians, anthropologists and economists could work together to find ways to engender trust – and hence cooperation – amongst farmers through economic incentives and self-motivation, rather than an authoritarian rule.  Such cooperation is essential for productive and sustainable management of scare shared resources, ie land and water, and hence for profitable farming. Psychologists could get involved to see if the colonial and the National Party’s attempts to destroy local cultures might have a connection to the emotional heat behind the land debate. A better understanding here of such complex issues would allow for better decision making in the future.

Expropriating land with or without compensation is not the be-all and end-all. This is particularly so if the intention, as expressed ad nausea by the new South African President, Cyril Ramaphosa, is to ensure that food security is not only negatively affected but enhanced to eradicate poverty. We suggest that Oathay Siding, Ncora and Delindlala represent potential mother lodes for our government and academic institutions to explore. Insights from such studies could in turn improve South Africa’s chances of squaring the circle between land reform and food security. DM

James Cunningham is former manager of the Ncora Farm Project