This Week : Gruelling schedule for parliamentarians ahead 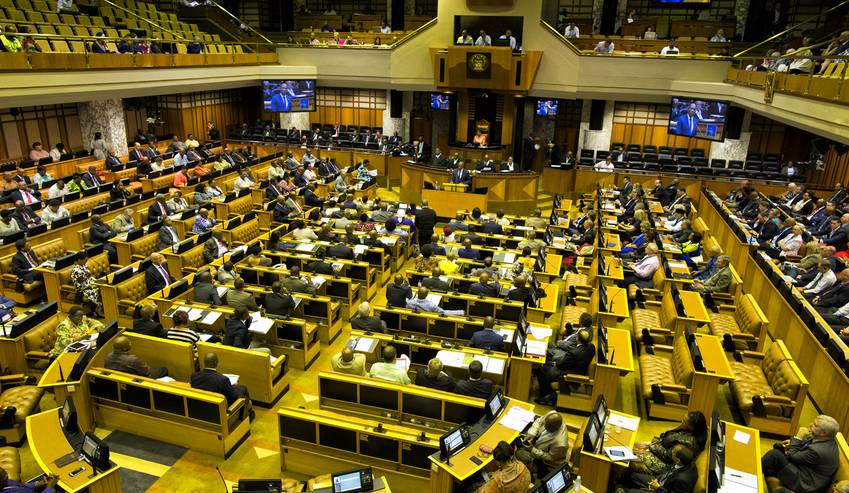 With the deadline for the completion of Budget Vote Reports fast approaching, committees are in a race to finalise their reports ahead of the Budget vote debates, which are scheduled to start at the beginning of May.

If you want to find out more about MPs, go to www.pa.org.za

The legislature’s budget vote season shows no sign of slowing down. The schedule is packed with meetings as committees continue to interrogate departments and entities on their budgets and priorities for the year ahead.

With the deadline for the completion of Budget Vote Reports fast approaching, committees are in a race to finalise their reports ahead of the Budget vote debates, which are scheduled to start at the beginning of May.

This gruelling schedule has again brought into sharp focus the question of parliamentary oversight and how effectively MPs are able to engage with the presenters and presentations.

On several occasions, the proceedings were hurried, questions were not probing and MPs were presented with the documents for the first time at the meeting. While it has become practice for Ministers and Deputy Ministers to be present at these meetings, some failed to pitch up – much to the consternation of legislators.

Besides budget-related matters, this is a week for detailed law-making, with issues ranging from VAT, to border management, to indigenous knowledge to copyright and mining and environmental rights all on the agenda.

The legislative backlog is becoming an issue and is worth keeping an eye on.

Beyond this, the main NA plenary event -scheduled for Wednesday – is the question session with the Leader of Government Business. The practice of oral questions is an established part of the parliamentary day and gives MPs an opportunity to question the Executive about matters for which they are responsible. According to the rules, questions to the Deputy President must be scheduled once a month when Parliament is in session.

Read the questions (excluding supplementary questions) that have been posed to the Deputy President here.

In addition, the main chamber has scheduled a second sitting to consider usual business: this includes Members’ Statements, legislation, reports, Notices of Motion and Motions without Notice.

Elsewhere, it is a lot quieter in the NCOP where no plenary sittings have been scheduled.

Meanwhile, there are a number of interesting-looking meetings in the committee corridor that are guaranteed to generate headlines. Here is a run-down of the highlights: