Parliament is holding up SA’s progress in epidemic preparedness 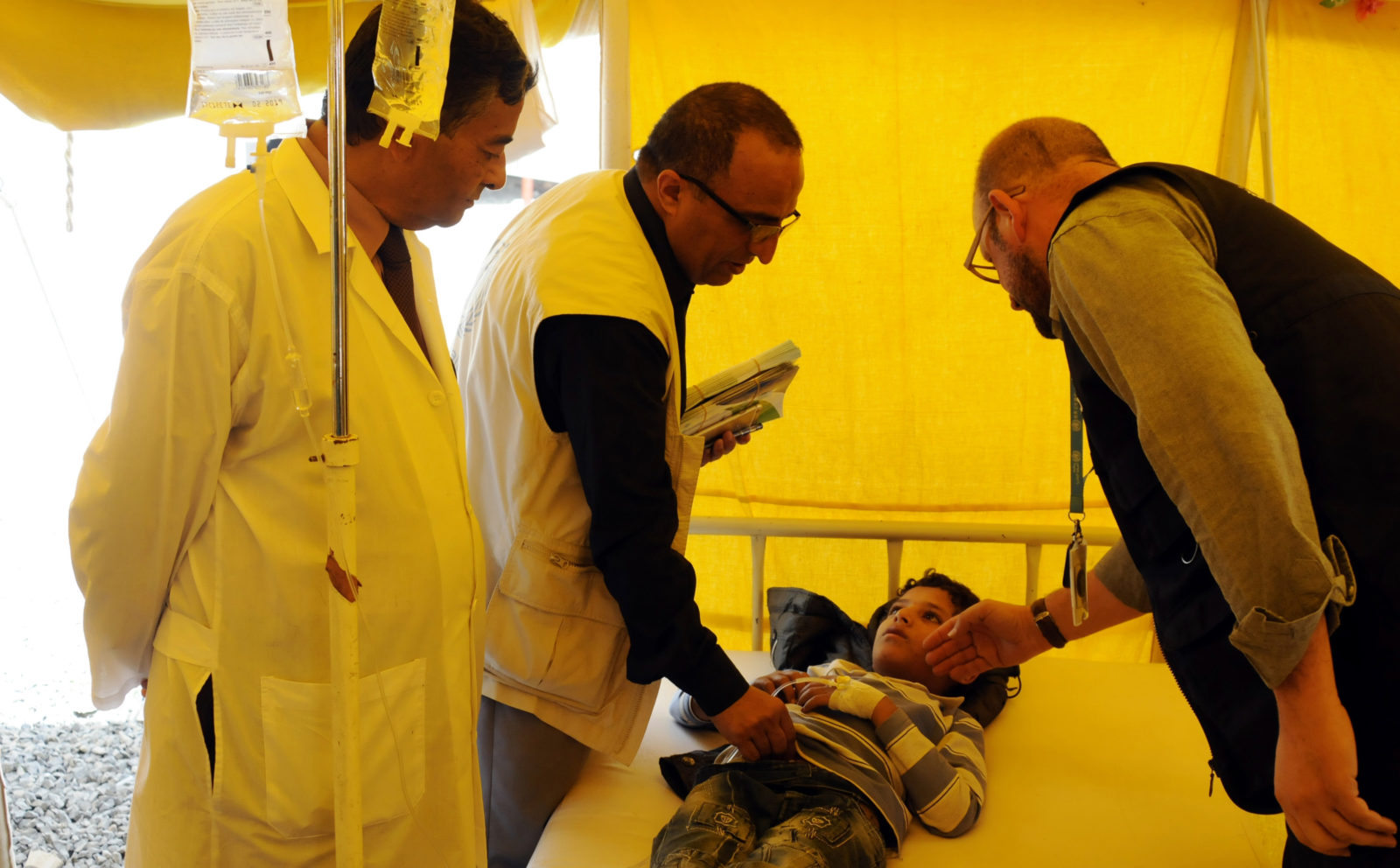 Representatives of the World Health Organization (WHO) inspect a cholera-infected Yemeni child receiving treatment at a hospital amid a serious cholera outbreak in Sana'a, Yemen, 06 June 2017. EPA/YAHYA ARHAB

A report by the World Health Organisation has revealed South Africa’s strengths and weaknesses when it comes to epidemic preparedness. The next step is to prepare a national plan, financed by Treasury, to fix the weaknesses and upscale preparedness and run mock emergency exercises.

The World Health Organisation (WHO) recently released its assessment of South Africa’s strengths and weaknesses when it comes to epidemic preparedness (see https://www.jeealliance.org). Over 80 country assessments have been completed thus far, and South Africa comes out as an average to good performer among global peers. Perhaps unsurprisingly, among African countries, South Africa is the most advanced in its ability to detect, prevent and respond to disease outbreaks with epidemic and pandemic potential.

The WHO assigns a score range of 1 (in deep trouble) to 5 (doing very well). South Africa received a ‘deep trouble’ score for only 1 out of 48 technically assessed areas, as having inadequate health care associated infection prevention and control programs. In the following 10 technical areas, the WHO found South Africa to be poorly prepared and, by assigning a score of 2 meaning “in trouble”, indicated that urgent concrete steps be taken to improve:

·      The ability to trigger emergency operations;

·      Sending and receiving health personnel; and

Most seriously of all, the WHO used coded diplomatic language to express alarm at the fact that the South African Parliament has till now failed to timeously enact the International Health Regulations Bill of 2013 and the National Public Health Institute of South Africa Bill of 2017, laws that provide the backbone of an “enabling national plan” to regulate critical processes such as the provision of life-saving emergency medicine, and doctors and nurses, in a crisis.

The problem is not Health Minister Aaron Motsoaledi’s or Director-General Precious Matsoso’s, as they introduced the legislation. It lies with Speaker Baleka Mbete and the Parliamentary Portofolio Chairwoman Mary Ann Dunjwa who have, between them, in Jacob Zuma’s misdirected and paralytic Parliament, failed to do their job.

Because of their inaction and lack of leadership, South Africa was punished – “scores were lowered due to a lack of a national plan”, the WHO report reads. Importantly, the two laws “will form the foundation of an enabling environment for the implementation of the International Health Regulations in South Africa”. Mbete and Dunjwa should be held accountable for failing the nation on such a critical matter.

South Africa’s health system has many assets and it is noteworthy that for the remaining 37 other assessment areas, the vast majority, South Africa scored well to excellent. In “most of the technical areas, there is developed, demonstrated and in some instances sustainable capacity, with competent and committed staff”, the WHO records.

Here are the highlights:

·      Best practice in the designation of ground crossing at points of entry compliant with International Health Regulations;

·      Best practice in real-time surveillance, where the level of collaboration between human and animal health was remarkable;

·      An impressive Level 4 Bio-Security Laboratory, the only one on the African continent, at the National Institute for Communicable Diseases;

·      Admirable support for proficiency testing at laboratories to over 10 African countries;

·      Impressive level of national vaccine access and delivery for achieving a high degree of immunisation;

·      Sophisticated system of linking of public health, law enforcement, border control and customs in case of a suspected or confirm biological event;

·      Good to excellent system of public risk communication and ‘dynamic listening’ to community rumours harmful to public health interventions; and

·      A well-trained epidemiological health workforce, though the understandable specialization in HIV/AIDS has resulted in training gaps elsewhere.

The WHO report having been issued, next step is to prepare a national plan, financed by Treasury, to fix the weaknesses and upscale preparedness and run mock emergency exercises, all of which will be monitored by the WHO and Joint External Evaluation (JEE) system that prepared the report.

The ball is in South Africa’s court. Most urgent action is to fast-track the enactment and administration of the International Health Regulations and National Public Health Institute of South Africa bills.

One last thing: in the middle of South Africa lies Lesotho which, with Zanzibar, received the worst WHO/JEE health security assessments in all of Africa. As bugs travel and recognise no boundaries, it is pointless fixing South Africa without fixing Lesotho too. A joint South Africa/Lesotho health security commission to coordinate efforts and mobilise global resources should be established in the interest of safety for all. DM