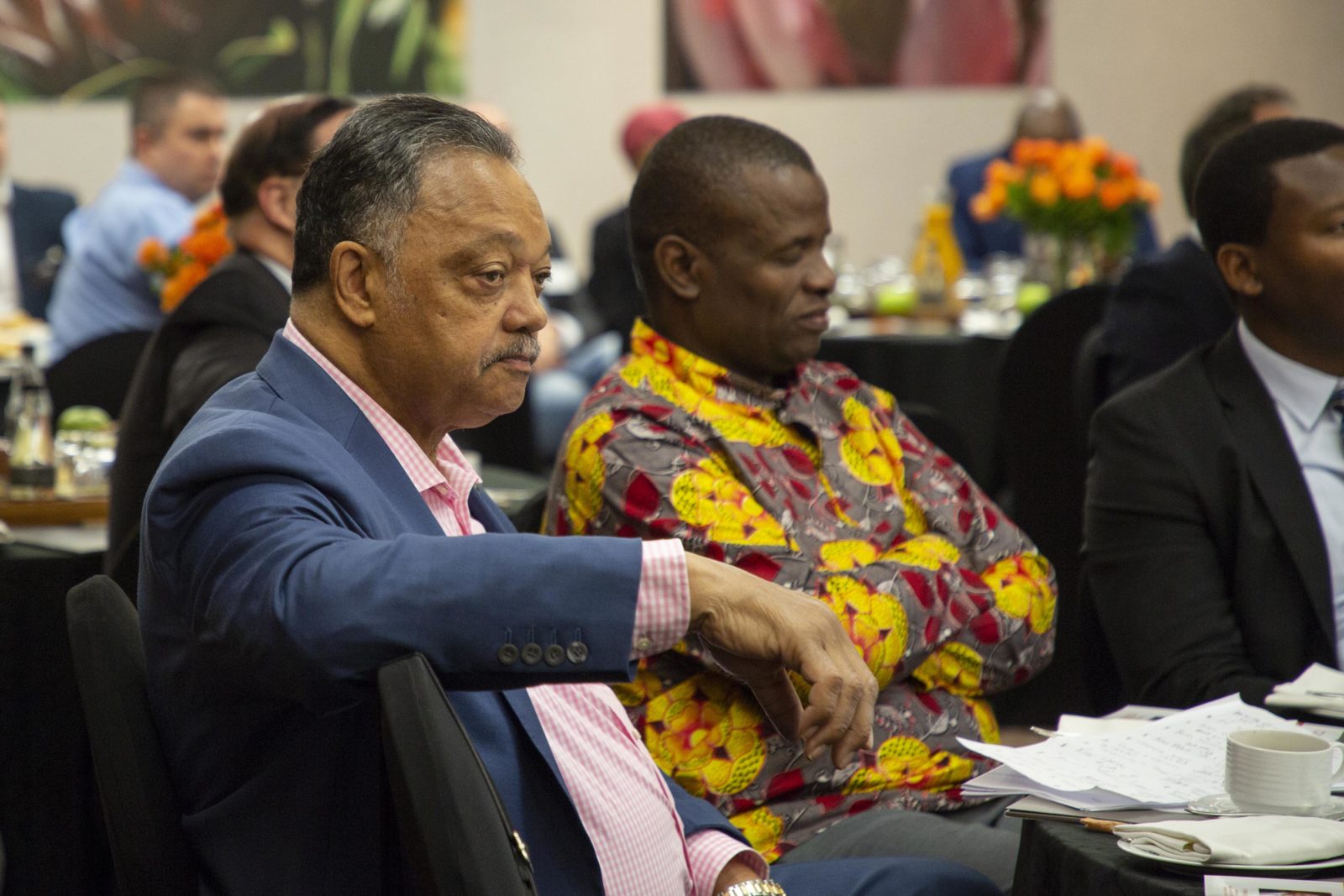 US civil rights activist Reverend Jesse Jackson during a speech hosted by a delegation from Trade and Investment Kwazulu-Natal. Picture: Daily Maverick

Political apartheid has been defeated but economic apartheid has yet to be conquered, says US Civil Rights activist the Rev Jesse Jackson. Jackson was speaking at a business meeting hosted by a delegation from Trade and Investment KwaZulu-Natal on Tuesday. The long-time activist has been in South Africa since arriving for the funeral of the late Winnie Madikizela-Mandela.

US Civil Rights activist the Rev Jesse Jackson first visited South Africa in 1979 despite once being blacklisted from entry by the apartheid regime.

“When I first came here in 1979 South Africa was separated by race. There’s no longer separation by race but now there’s separation by resources,” said Jackson.

Access to capital remained a huge stumbling block for the economic emancipation of the majority black population, said Jackson.

“The majority of the population must begin to leverage its strength to open up the private sector. It’s strength is it’s consumer base,” said Jackson.

“Huge industries only exist because of the huge market of black people, the majority of this country’s population. You have to leverage your strength to demand a share of these industries, from banking to car dealerships.”

Access to capital would have to be democratised and Jackson said similar tactics that were used during the fight against apartheid and racial segregation in America could be used.

“As long as there’s competition and no monopoly you in fact have the power. But you must believe you have the power,” Jackson told the packed room of business leaders.

Consumer power matters and can affect the required change, said Jackson, who cited the example of the Montgomery bus boycott.

“They had the bus company, but we had the market. We stopped riding the bus. The bus went bankrupt. You get my point? We leveraged our consumer strength and our intellectual capital to effect policy change,” said Jackson.

He went on to say that as black Americans they did that as a minority of the population and that black South Africans as a majority wield even greater consumer power.

“Every business in South Africa needs the majority consumer market. All we really want from these companies is a level playing field.”

“They must democratise access to land and land skills. Not just the land but farming on the land. It must be fair and it must be done quickly. People have a right to be impatient,” said Jackson.

On the passing of the late Winnie Madikizela-Mandela, Jackson become visibily emotional as he spoke of the legacy of the late Struggle stalwart.

“When I was here in 1979 most folks were hunkered down under the weight of the system. The voice that stood out was Winnie Mandela’s voice. Winnie was the light in darkness. She absorbed the pain. Those on a ball team whose uniforms are clean are not on the field of play. She was on the field of play. She was an agitator, just like Dr (Martin Luther) King. We appreciate her so much.”

Jackson concluded by indicating that he would be more comfortable seeing the economy in the hands of the people instead of government.