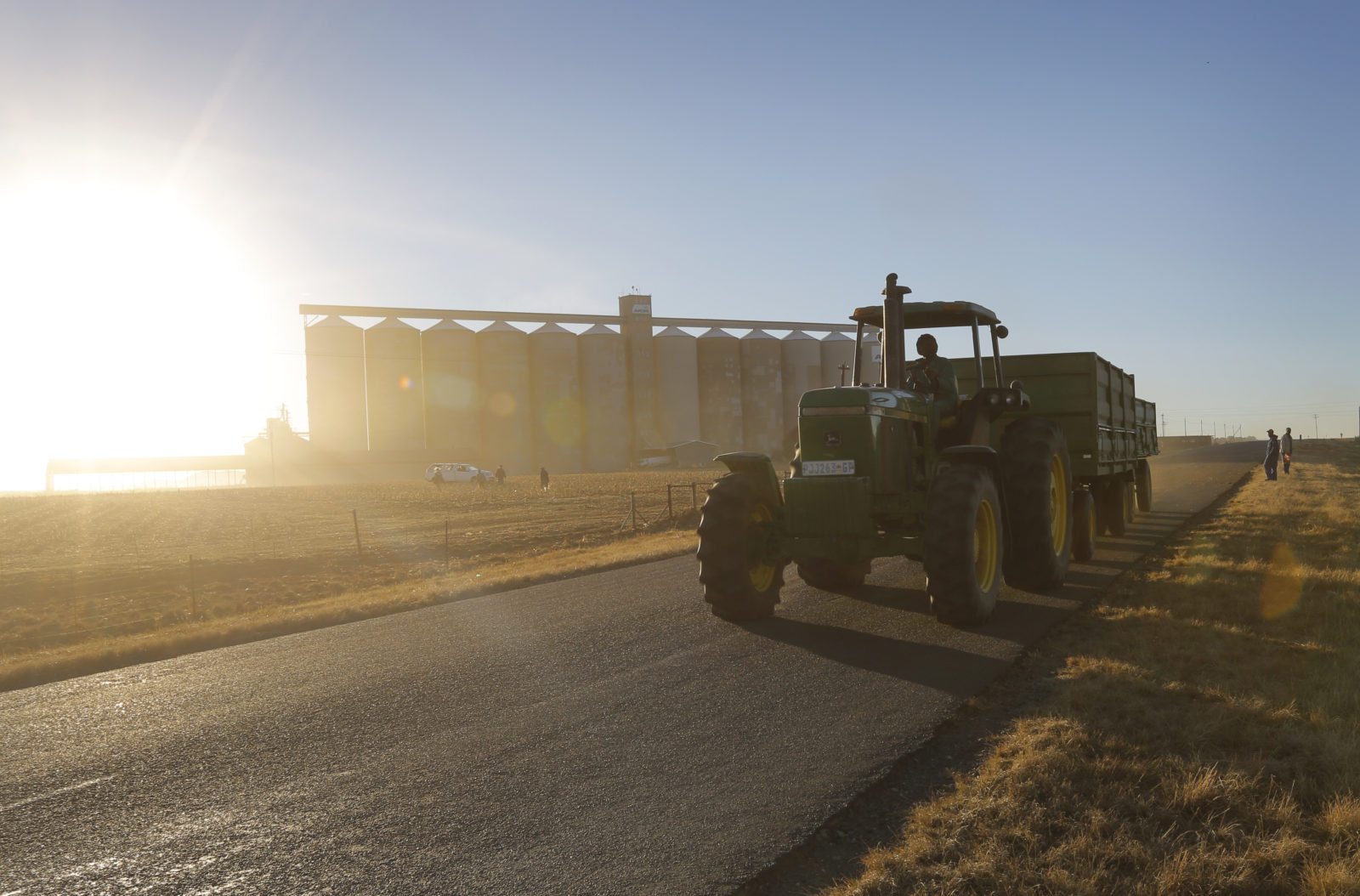 A photograph made available on 06 June 2013 shows a tractor delivering grain to a grain storage site near Johannesburg, South Africa, 06 June 2013. EPA/KIM LUDBROOK

Public hearings are to be held by the Constitutional Review Committee to review Section 25 of the Constitution and other clauses necessary to make it possible for the state to expropriate land in the public interest without compensation. However, the process of conducting public hearings to gather the views of ordinary South Africans remains problematic.

Considering a precedent set by previous experiences with the hearings failing to pass the constitutional muster due to inadequate consultations such scepticism is well-placed. To restore public trust and facilitate smooth, constitutional action, the committee must comply with all set requirements for adequate and meaningful public consultation.

In their constitutional rights, ordinary South Africans must have the opportunity and ability to effect the outcome of hearings which further our participatory democracy by playing a role in the law-making processes through Parliament. However, as previously witnessed in the law-making processes, the hastily organised hearings located at great distances from affected regions undermine a fundamental premise of constitutional democracy: that public participation in the legislative process is more than empty ritual – merely rendered a political tick of the box.

Previous public hearings have been wholly inadequate such as those held on the Traditional Khoi-San Leadership Bill (TKLB), which was designed to both recognise the Khoi-San leadership structures and communities which have not yet been recognised in law as well as to consolidate all laws relevant to traditional leadership into one law and address all problems with current laws.

In Northern Cape, TKLB hearings were so hastily organised that in one instance the hearing was abandoned in Kimberley when parliamentarians failed to arrive. Second, participants were expected to make submissions to the bill without having the opportunity to meaningfully engage with it; no documents were shared nor popular education offered. Third, the facilitation and summary of the bill by the committee’s Content Adviser was done in English with no translation into local languages. Last, poor advertisement of and limited accessibility to the hearings was a greater concern.

Hearings can also be done as compliance and formality without taking into consideration inputs made by the public. As we witnessed with the Traditional Courts Bill (TCB), the report of the committee did not tangibly or honestly reflect the inputs by the public. Thus, it led to Constitutional Court case contesting inadequate consultation and dishonest report by the committee. Similarly, the Constitutional Court case entitled Doctors for Life over public involvement in the lawmaking process challenged a failure to meet the constitutional requirement of meaningful and substantive consultation.

Now, this committee is mandated to gather the views of South Africans about the necessity of, and mechanism for expropriating land without compensation per the National Assembly’s resolution on 27 February 2018. The committee is constitutionally entrusted with conducting public hearings and facilitating deep, rigorous and public engagements which the committee will draw from in drafting a report to Parliament by no later than 30 August.

Like with most public hearings, who gets to be in the room becomes crucial, and given the political nature of land and the constitution itself we need a clear categorization of all those that the land reform programme should deliver for primarily.

On the rural front, we are referring to women in communal areas of the former homelands whose customary land rights are often insecure due to the patriarchal governance, and disproportionately make up small-scale farmers on communal land, former labour tenants, farm dwellers, farm workers and small-scale farmers on commonage land. On the urban front, it is the people living in informal settlements who need land for housing and small-scale farmers both in informal settlements and townships who want to pursue urban agriculture and food sovereignty. The separation of these categories during the public hearings will guard against the clumping together of diverse communities, such categorisations shield against one-size fits all solutions.

This has been one of the problems with land reform, particularly land redistribution where a large number of highly differentiated rural people have been grouped together and expected to run large commercial farms collectively. These are the mistakes we expect the government to avoid because not only are they financially costly, but they force people into operations that are divorced from their needs and capabilities while reducing the function of land to agriculture thus leaving out housing and just living.

The public hearing process on the expropriation of land without compensation is scheduled to begin on 8 May in Limpopo, proceed to other provinces and end on 28 June. There will be other avenues of consultation prior and post scheduled hearings including written submissions and presentations invited by the Parliament.

Hopefully, the marginalised voices of our country will be offered equal opportunity to guide in developing strategies that effectively aim at groups such as the landless, the unemployed and farm dwellers, that concentrate resources in areas of greatest need while advancing solutions that meet the needs of poor and landless people. DM

Photo: A photograph made available on 06 June 2013 shows a tractor delivering grain to a grain storage site near Johannesburg, South Africa, 06 June 2013. It is now grain harvesting season and the grain is transported to the major cities after being stored in the site. EPA/KIM LUDBROOK.