Green Man Flashing is as relevant as it has always been 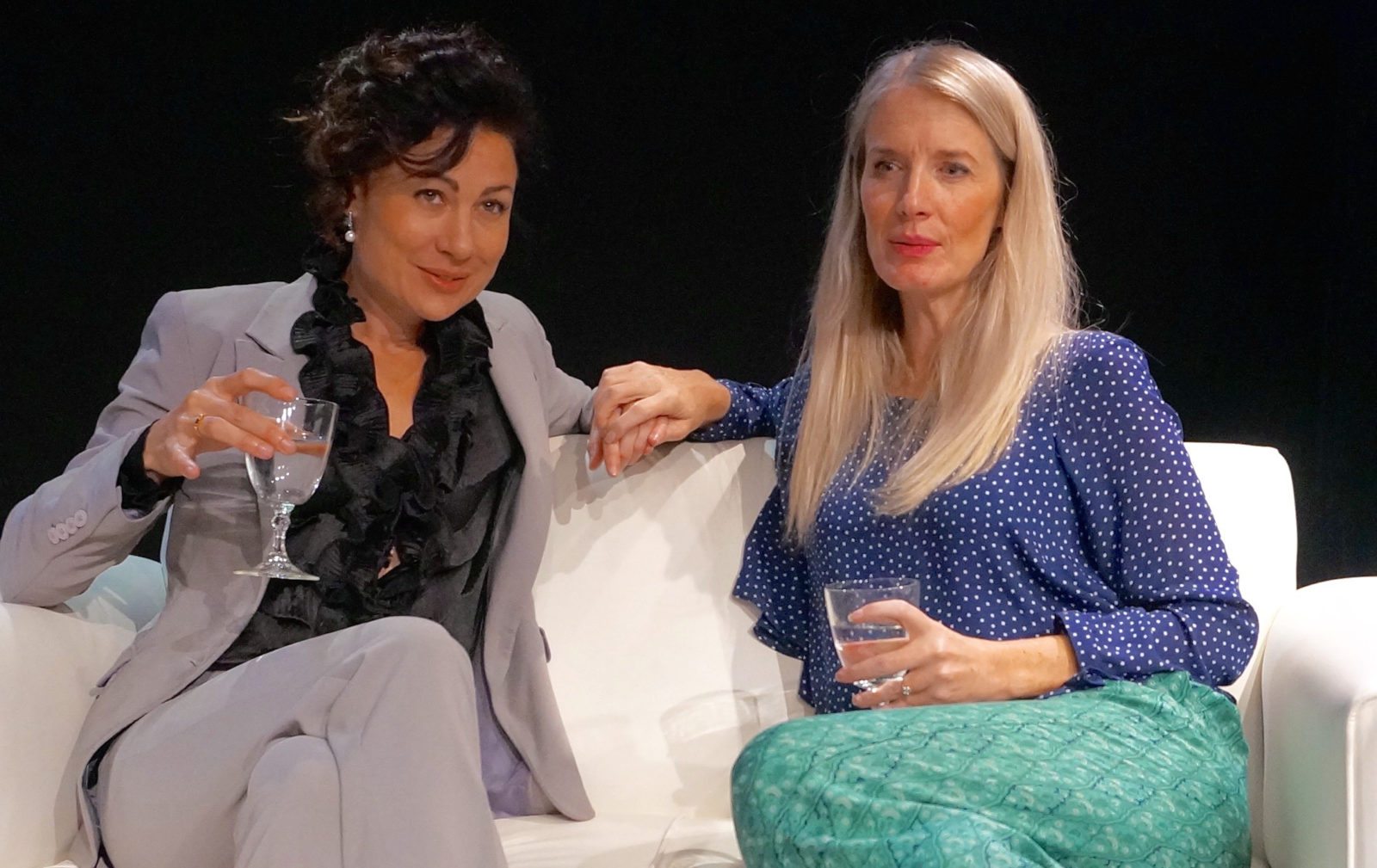 The terrible thing about Green Man Flashing isn’t that this political power-play thriller is still relevant several years after it was written. It’s that it always will be. Worse, you could give the characters American, Russian or any other accent, and transplant them to 16th century England or a future colony on Mars, and I bet it would still resonate.

A strong theme in Mike van Graan’s intense drama Green Man Flashing is that history is bigger than any of us and, sometimes, personal rights must defer to party expedience. The counter theme is that wrong is wrong, but who dare speak it?

This master playwright doesn’t give everything away at once, and I spent the first 15 minutes trying to figure out the characters’ relationships to each other, and who exactly had done what to whom. All made more complex by switching backwards and forwards in time, creating a jigsaw puzzle where you’re not even sure you have all the pieces. 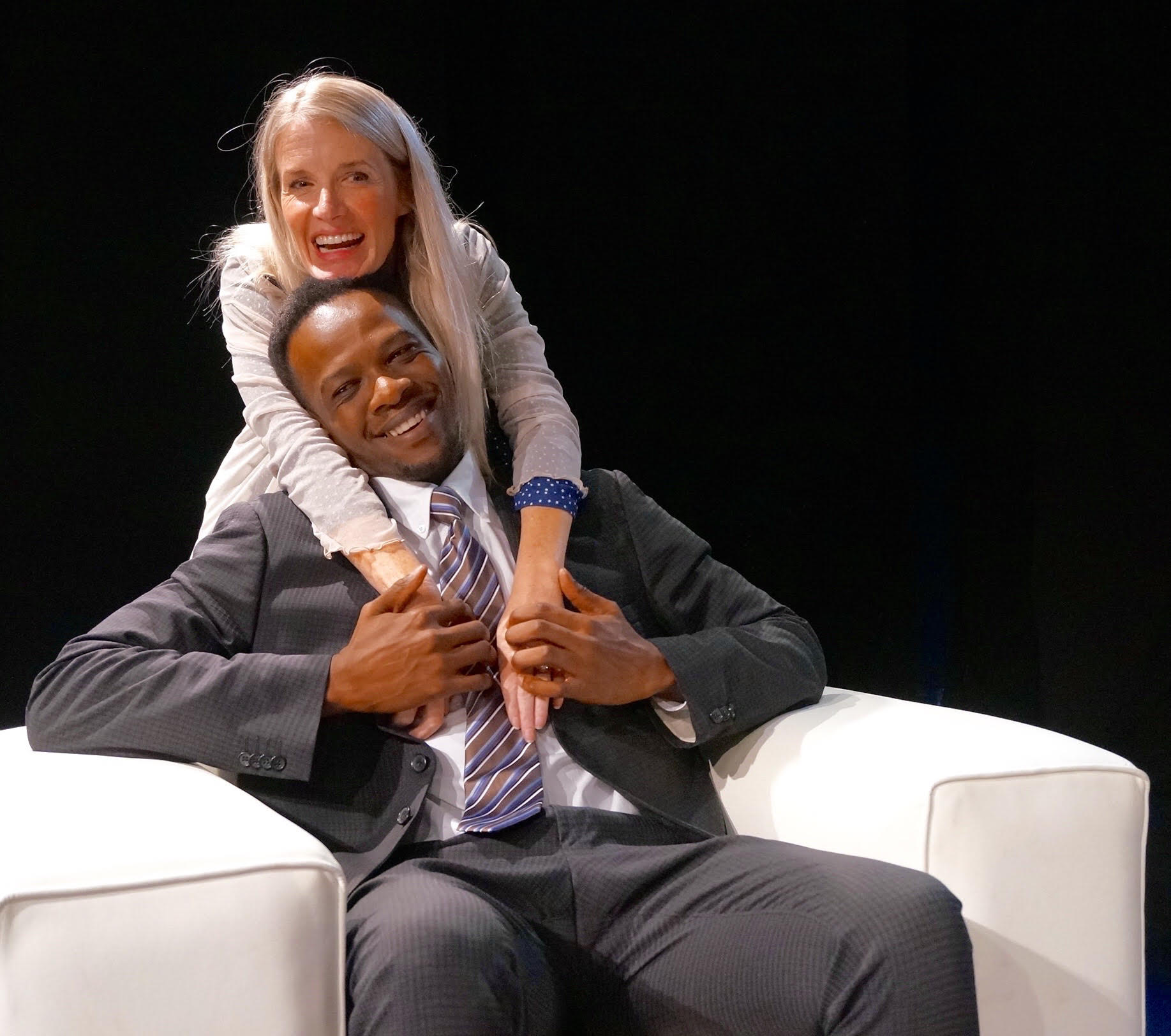 It’s essentially the story of white ANC loyalist Gabby, and Aaron, her black husband, who returned to South Africa from exile after the ANC stormed to power in 1994. As tensions rise ahead of the crucial next elections, Gabby is raped by her boss, a Cabinet minister with a strong support base in KwaZulu-Natal and tipped to become the next deputy president.

Sound familiar? We never meet the politician, but you can probably hear his faint “hehehehehe” giggle in your head. Jacob Zuma – sorry, the fictional character – is a dangerous man to cross, and if the allegations of rape were to go public, the political fallout would be huge.

VIP protection heavies are sent to ensure Gabby’s silence, for the greater good of the country. And for her own personal safety, the heavies warn, since anyone taking the minister to court on a rape charge is likely to incur death threats. Ah yes, remember Khwezi?

Van Graan wrote Green Man Flashing two years before Zuma stepped up to claim the role, but it’s so relevant you could take it to court and present it as evidence.

The title refers to that moment on the pavement when the law says you have the right to walk, but the massive juggernaut bearing down on you ain’t going to stop. Do you demand your rights and step into danger, or quietly hold back?

That’s the question facing every rape victim, really, and the most memorable scene is a searing argument between Michelle Douglas as Gabby and Kate Liquorish as Anna, her friend and lawyer. Anna is urging Gabby to fight the case in court, in a brave and admirable step to demand justice and expose rapists who hide behind their power. For the sake of women everywhere, Anna urges. 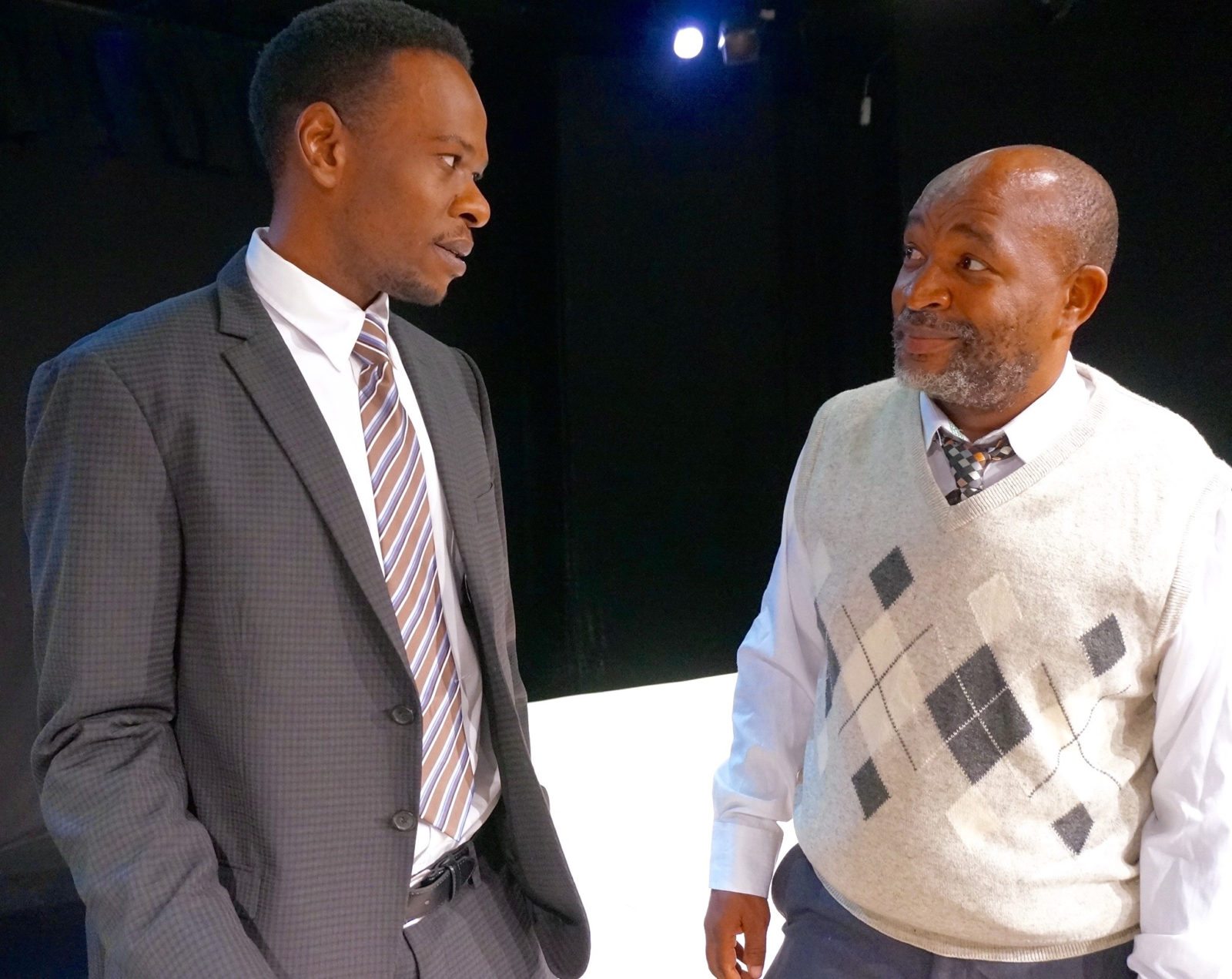 Liquorish is on fire, with guts, passion and class that create an incandescent presence on the stage. Douglas is also excellent, imbuing her character with a tremulous, damaged air, with a calm exterior covering gaping wounds and her lost hope that this nation would become the happy rainbow everyone yearned for. Gabby sees the need for somebody to take a stand, but, terrified, says please God, let it be somebody else.

Extra complexity comes because her now estranged husband Aaron (Litha Bam) is the ANC’s official fire extinguisher sent to persuade Gabby to settle. Bam needs to grow more comfortable in the role to achieve a natural blend between once-loving husband turned professional hard man. A man so busy fixing everything else that he didn’t realise his own marriage was falling apart, as Gabby snaps. As ever, Van Graan gives his characters their own problems that pan back to represent humanity en masse.

Nasty Luthando (Sechaba Morojele) is another VIP protector with a foul attitude and no respect for women. Morojele swaggers around cockily with short man syndrome, furious at life and even angrier at white women. Oh, how sadly timeless this all feels.

David Dennis glides in and out as Inspector Abrahams, an apartheid-era cop haunted by his own guilt of not doing anything to curb the atrocities. His mental flashback to a torture scene in jail is particularly chilling, isolated in stark bright light. Dennis is admirable as a man stoically determined to do right after so much wrong, and carries himself with gravitas.

Meanwhile the plot is unfolding in a wonky timeline, with a court case under way before the crimes are committed. This ornate way of presenting the story keeps our brains on their toes, which is almost as confusing as it sounds, and the tensions really ignite once things happen more chronologically.

It’s swiftly directed by Malcolm Purkey, with some striking freeze frames as two characters fall silent and others take over. Atmospheric lighting by Denis Hutchinson hones in magnetically on those moments and his set also works well, with Gabby’s lounge surrounded by a backdrop of old political posters.

Green Man Flashing is now a prescribed school text work, and it would be wonderful if it actually shaped a few opinions in the classroom. In the theatre, this first restaging of the play in Johannesburg since 2006 is provocative, intense and unsettling, leaving you awed by Van Graan’s verbal fireworks, impressed by the actors and disdainful of politicians.

Green Man Flashing runs at Sandton’s Auto & General Theatre on the Square until May 12. Tickets from Computicket.