Orlando community praised for their role in intelligence-driven operation 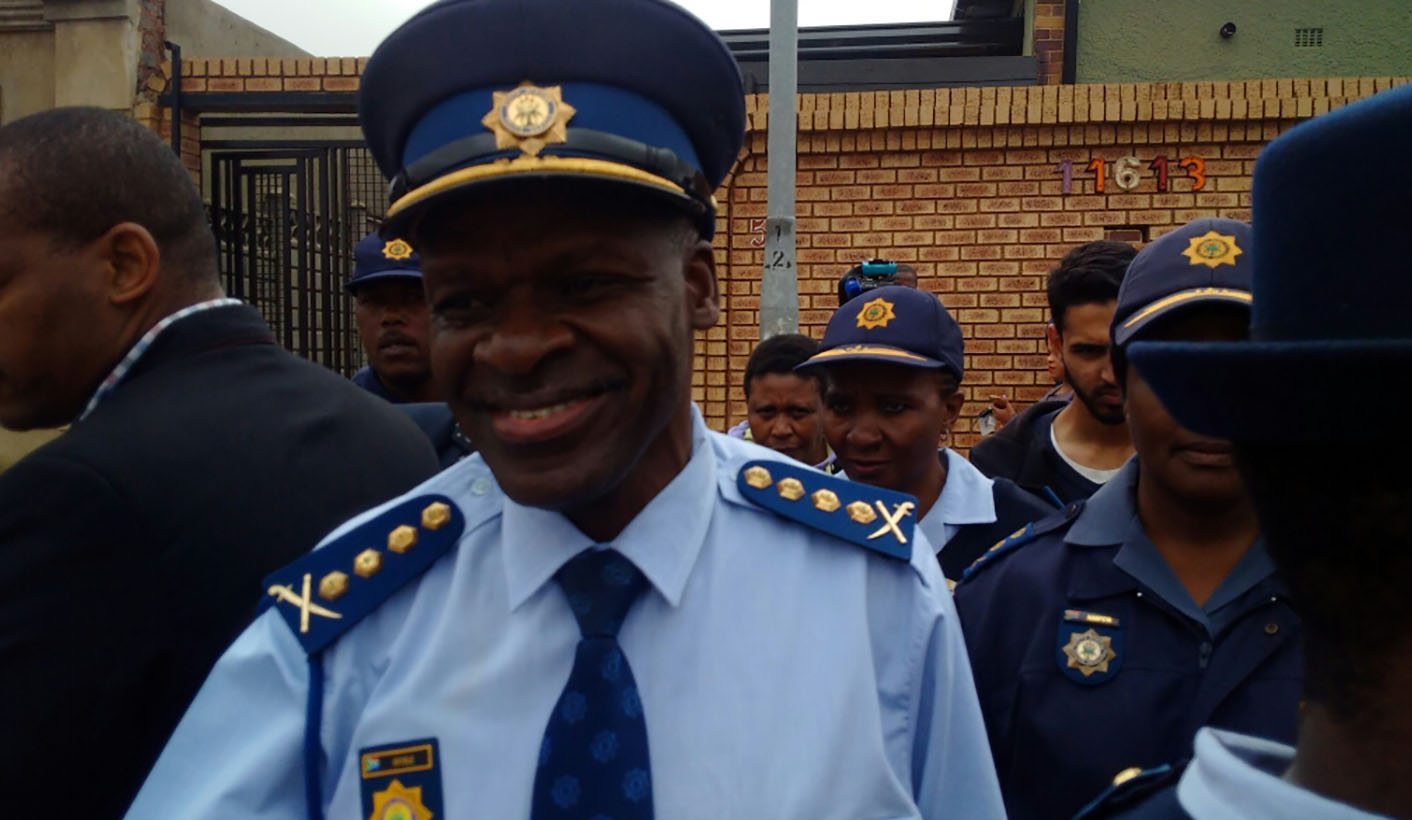 In a joint operation with the Orlando community, police have made a breakthrough in the battle against drugs in the area. Drugs, equipment, an unidentified powder and solution were discovered in an Orlando West house. By BHEKI SIMELANE.

Police are looking for a number of suspects connected with a drug haul in a house in Orlando West, Soweto. The drugs were discovered during a sting operation around midnight on Wednesday and followed a tip off from members of the community.

National Police Commissioner Major General Khehla Sithole heaped praise on the community of Orlando West, and said the intelligence driven operation would not have been possible if it was not for their participation.

On Thursday morning the crime scene was a hive of activity as police and drug experts processed and collected evidence. At the scene, police recovered drugs in the form of tablets, raw materials for their manufacture and the equipment needed to do so. Among the raw materials was an unidentified powder and liquid solution which were to be forensically analysed to determine what they were.

An estimated value of the drugs was not yet available.

“What we have found is sufficient evidence to warrant a criminal case. He said they were looking at a massive number of suspects,” Sithole said.

“It’s a house that was in operation and it obviously has [housed] a high number of suspects, and there are also the sellers,” he added.

“Like alcohol, drugs are a serious crime generator as other crimes are committed to feed the habit and the illegal trade. Crimes such as petty theft, robberies and even domestic violence,” Sithole said.

Residents were shocked to wake up to police cars in their neighbourhood and even more surprised by the discovery at house number 11612.

Neighbours described the house as “normally quiet”. It had been previously occupied by an old man who had died.

“We are very angry because these dealers will also influence our children and the many other kids to be on this street,” one neighbour said.

Residents expressed concern at the scourge of drugs in the area. Many said they were concerned that their children would grow up in a drug infested community, and they fear that their own kids might become addicts.

Sithole confirmed their fears when he said: “The first customers are usually the streets on which the particular place is located. The intention is not only to do business but to contaminate society by creating more runners.”

The police commissioner said great caution had to be exercised when dealing with cases of this nature as the suspects could be dangerous to the community. He said the police had decided to turn around their intelligence approach to involve the community, and were happy thus far.

Brigadier Mathapelo Peters, Gauteng police spokesperson said they had made about 800 drug related arrests in Orlando over the past three quarters. She said the latest figures for the last quarter of the financial year were still being collated.

Sithole said further details on the services attempts to deal with criminal activity would be revealed when the police’s Organized Crime Threat Analysis plan was launched. DM

Photo: Major General Khehla Sithole addressing the media outside the house in Orlando West Soweto where police made a drug bust during on 11 April 2018. Photo: Bheki Simelane