A reflection: Searching for Winnie’s legacy 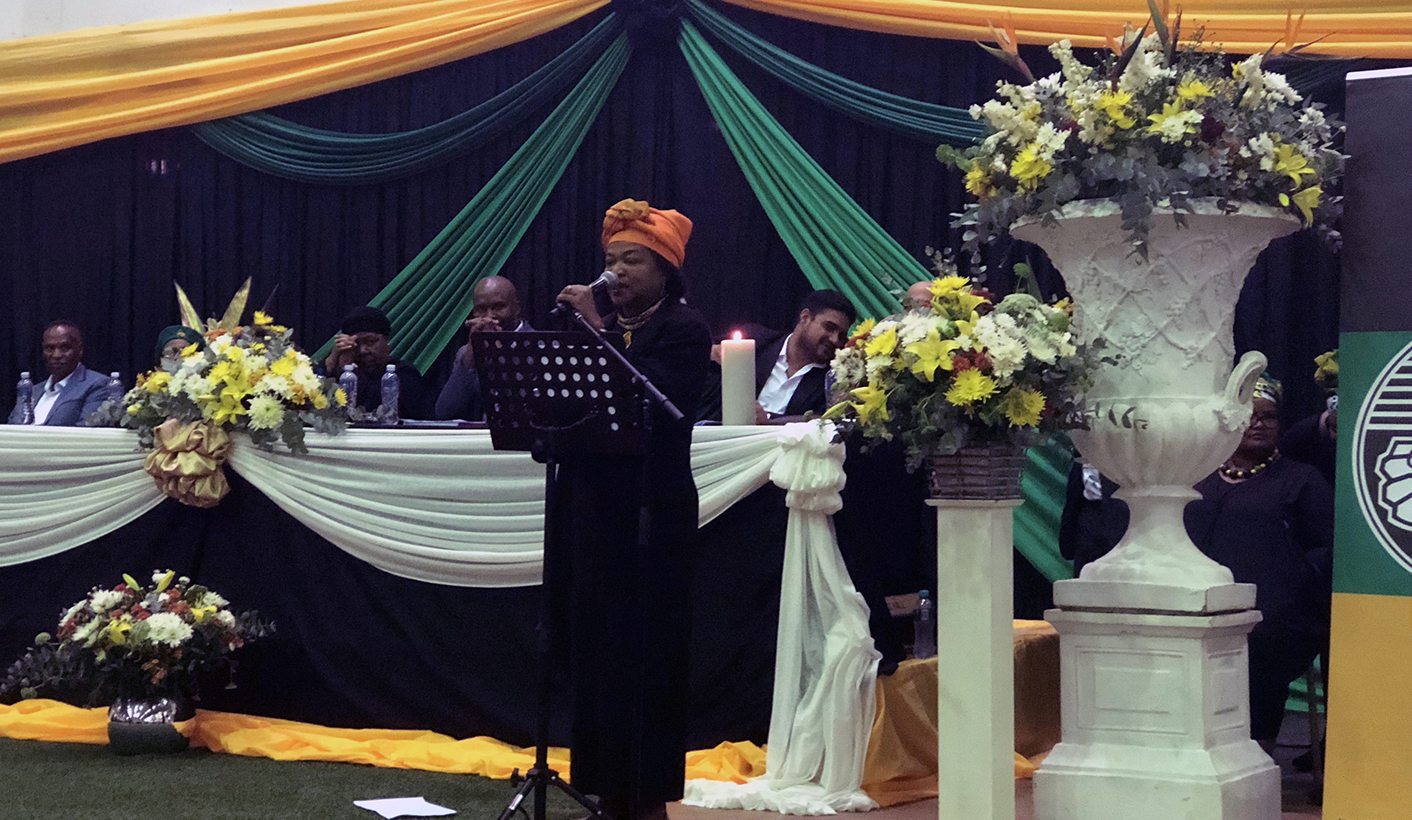 At her memorial in Khayelitsha, Winnie Madikizela-Mandela was revered for consistently speaking truth to power, even when the social and political forces of the day worked to silence her. Now, in her memory, her comrades urge critics to remember Winnie’s truths – she was ripped away from her children, separated from her husband, and locked in solitary confinement for 491 days. By REBECCA REDELMEIER.

Before a single speaker took the stage at the ANC’s memorial service for Winnie Madikizela-Mandela at the OR Tambo community hall in Khayelitsha on Monday evening, Thandi Makasi, the ANC chief whip in Cape Town, set the tone:

“Let us not forget why we are here,” she told the crowd. “This is an evening of celebration.”

Makasi’s introduction was a subtle reply to the critiques of Madikizela-Mandela that have circulated in the days since her death. It was also a loud warning to anyone present whose thoughts were muddled with the messy moral legacy that Madikizela-Mandela has left: not here, not today, not now.

The crowd obliged. For Mama Winnie they danced, they sang, they praised. Any vague criticism that surfaced was immediately met with a quick justification. Veteran ANC member Baleka Mbete, Speaker of the National Assembly, voiced the communal ethic, saying “it is un-African” to speak ill of the dead.

So flattery ensued. Mandla Mandela, Nelson Mandela’s grandson, read a lacklustre speech about Madikizela-Mandela’s contribution to the Struggle and her “unwavering, resilient” role as Mother of the Nation. His difficult relationship with her and brief and dispassionate words of condolence from last week were both swept under the rug.

Representatives from the Women’s League, Sanco, and Cosatu commended Madikizela-Mandela’s leadership and spoke of her memory as a tool to unite a fractured ANC. Accounts of her mentorship of the Youth League, her 491 days in solitary confinement, and the glass ceilings that she shattered as both politician and activist, filled the room.

Of course, focusing on Madikizela-Mandela’s positive contributions to South Africa can be justified. Ultimately, understanding the force, tenacity, and leadership that she contributed to the Struggle is essential to grasping her legacy.

But forgetting Madikizela-Mandela’s flaws in place of her strengths feels like a disservice to the woman who is so revered for speaking the truth, even during apartheid’s darkest days. As Muhammad Khalid Sayed, leader of the Western Cape ANC Youth League, told the crowd:

“Before speaking truth to power became fashionable, became easy to do, Mama Winnie Mandela personified [it].”

Madikizela-Mandela’s truths are abundant: She called out the apartheid government for its human rights violations and called upon the world to take a stand against the National Party. Even after she was tortured, put under house arrest, and was constantly targeted by the security police, she continued to fight for freedom and democracy. And, at 81, she still stood steadfast in her fight for justice, just as she did as a young woman.

However, it seems that inside the ANC, speaking of the uglier truths of Madikizela-Mandela’s life – being implicated in the acts of the Mandela United Football Club, and her reluctant admonishment to the Truth Commission that “things went horribly wrong” about the club’s role in the murder of Stompie Seipei – has become taboo.

So while Madikizela-Mandela’s supporters are dodging the truth, others are stretching it. Social media has provided every vigilante a platform for outrage and extremism that are saturated in harsh critiques or portraits that ignore essential parts of her life, like her years in solitary confinement or the names of her children. This flattens her into a one-dimensional woman-shaped object of either celebration or condemnation; neither of which are truthful or nuanced representations of who she really was.

Madikizela-Mandela’s legacy encourages that truth can – and must – be sought. Her death calls on the public – her admirers, her opponents, and those caught in-between – to reconcile how to remember a woman who was both a Struggle hero and a flawed human being. DM