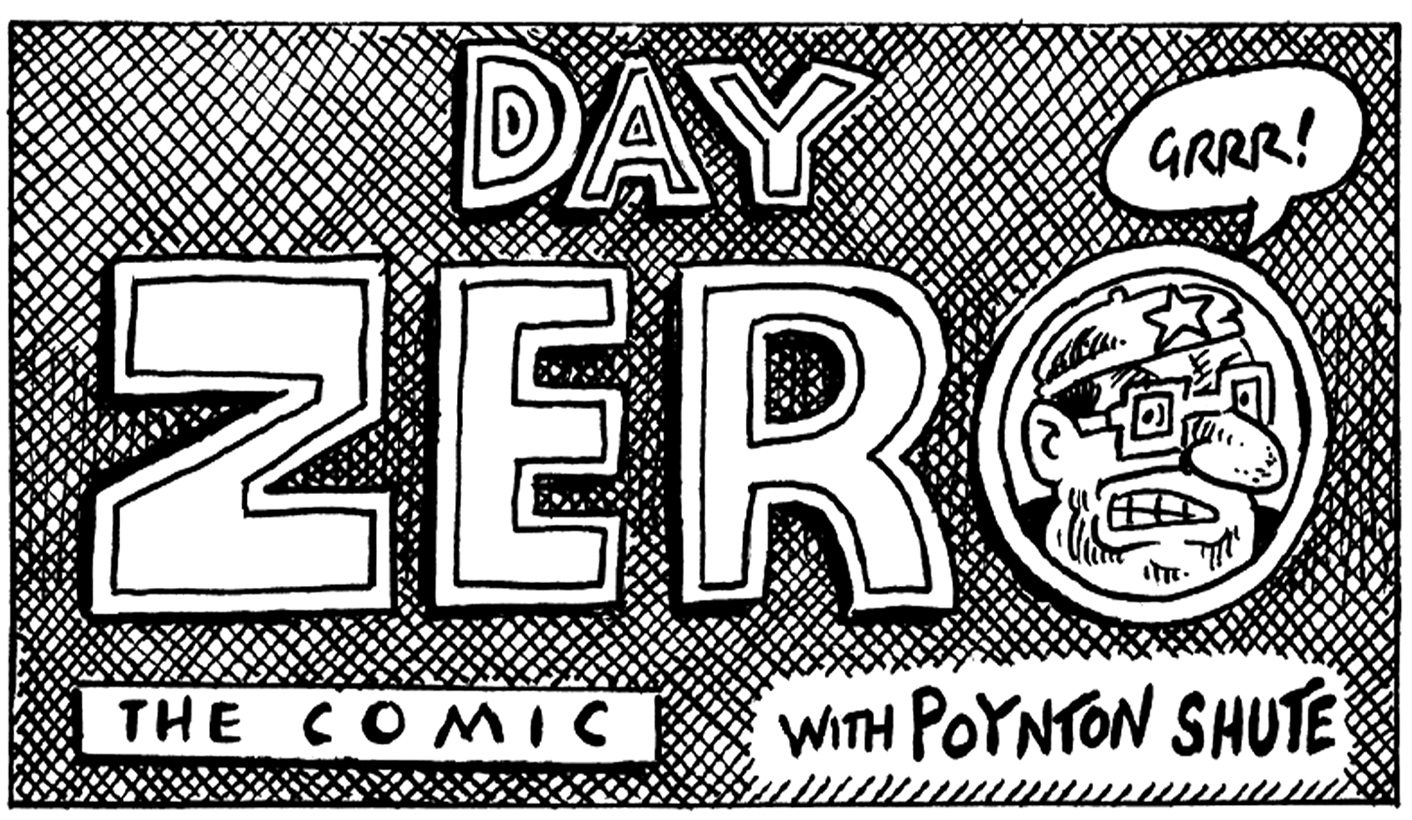 Dictatorial tendencies and double standards float to the surface as New Planet TV’s Poynton Shute dons a red beret, The Blame Game commences under the steely eye of Judge Dreddlock, and the DA’s Mmusi Maimane comes up against real legal nous. Meanwhile, the man in the street is on the street. Now Read On. By NDMazin.

N.D. Mazin (Andy Mason) is arguably South Africa’s longest serving underground cartoonist, having evaded regular publication in a reputable periodical for close on four decades. Since his Vittoke in Azania student comics of the late ‘70s, he’s self-published countless comix and ‘zines, including PAX (Pre-Azanian Comix), Mamba Comix, Azaniamania and The Legend of Blue Mamba. He’s also written a critical history of SA cartooning, What’s So Funny? Check him out at www.ndmazin.co.za DM