DA Federal Congress: DA not for racists, says Maimane, as he vows to win votes door to door 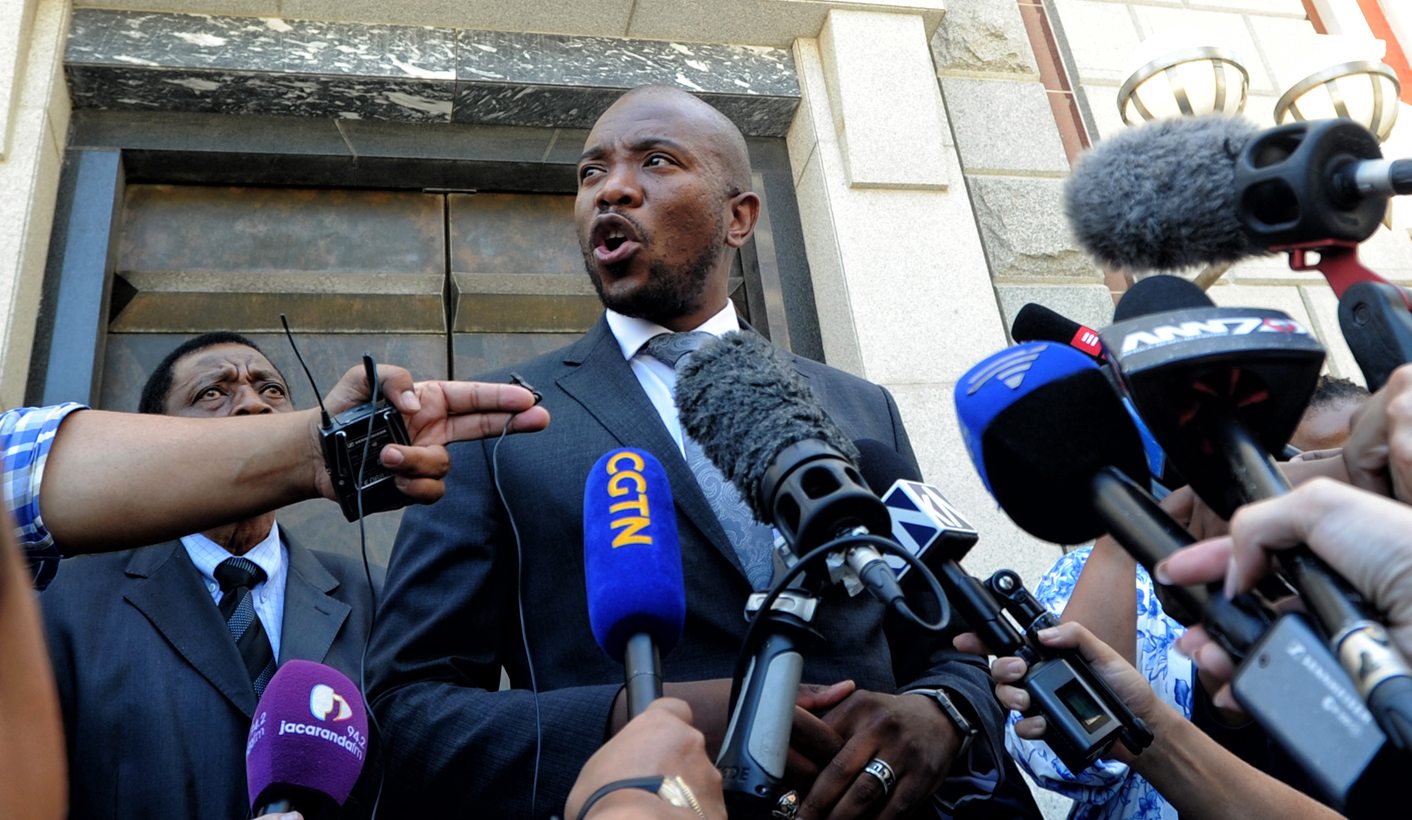 Democratic Alliance leader Mmusi Maimane told delegates at the closing of the party’s federal congress to go out and go up against the current race-based narrative to win votes in 2019. At the same time, the party will have to deal with the tough issue of diversity in its own ranks. By CARIEN DU PLESSIS.

There was a general feeling among delegates at the Democratic Alliance’s congress that radical leadership changes so close to the 2019 general elections might upset the apple cart too much.

DA leader Mmusi Maimane was nominated unopposed at the weekend congress at the Tshwane Events Centre, and federal chairperson and Nelson Mandela Bay mayor Athol Trollip was retained as chair, beating Tshwane mayor Solly Msimanga to it with only about 150 votes (out of roughly 2,000 cast – no official figures are released on this).

Msimanga is considered to be fiercely ambitious, with many saying he has the potential to give Maimane a run for his money – which is why Maimane might have breathed a sigh of relief at Trollip’s re-election.

Even though the party at the weekend included a clause in its constitution that it would actively promote diversity, the representation of women on its elected leadership went from two to one out of the eight elected representatives (one of them, James Selfe, chairperson of the federal council, was elected unopposed by the federal council and not the congress).

That is obviously not counting the chair of the DA Women’s Network, who could only be a woman anyway.

The party’s list process for the parliamentary and provincial elections in 2019 will start soon and, unlike the ANC, the DA has refused to embrace quotas and a 50-50 representation of women on these. In the run-up to the 2014 election, it was criticised for compiling a list that was not entirely representative of the country’s demographics.

Rejecting talk of quotas, DA national spokesperson Refiloe Nt’sekhe told journalists at a press conference after the congress on Sunday that the outcome of the election wasn’t as important as the process.

“Look at the diversity in the room [at the congress] and the people who elect, and when we talk about fit for purpose, I’m comfortable at being chosen by men, women, black, white and Indian,” she said. “It’s an honour.”

Even though Maimane said he’d like to see more women leaders, he knows well it’s race, not gender, that matters most to the South African electorate.

Once the outcome of the leadership elections was announced, the (more representative) provincial leaders called to stage, fireworks shot and the glitter-blue confetti strewn, Maimane in his closing address told delegates:

For the past few months the party has focused inward, but now that “congress is over, it stops here, today, and when we leave here we focus on the people out there, for those are the people we have to talk to.

Earlier Maimane also warned against the race-based nationalism preached by leaders like Julius Malema of the Economic Freedom Fighters, as well as some in the African National Congress.

The DA has been trying very hard to shake its image as a white-dominated party, but it also has to retain its white voter base. At the same time, it has to win black voters off the ANC by distinguishing itself from the governing party as the more attractive option for the future.

Maimane also wanted to bolster the party’s activists in the traditionally black areas, who will have to spread this message.

“We will begin the job of going door to door, house to house, so South Africans know the real story about the DA, not the lies that opponents spout about us,” he said.

“People say we are divided. I want you to look around and say this is one DA that stands up for South Africa and for tomorrow. You must go all over South Africa, house to house, door to door, and tell the people of this country that the DA is the future of South Africa.”

This weekend’s congress saw the biggest proportion of black faces yet among the 2,000 delegates, with fewer than half of the delegates white.

While the programme displayed this diversity, the awkwardness of the unity was also apparent. Kurt Darren’s rendition of his song Kaptein span die seile saw Afrikaans delegates sing and dance along while some of the black delegates were seen dancing and singing along, perhaps without quite knowing the Afrikaans words.

On the other hand, when black delegates sang Struggle songs appropriated from the ANC, many of the white delegates either danced along awkwardly without singing, or stared unseeingly into the distance, going about their business, pretending not to notice the song.

Former leader Helen Zille’s toyi-toyi moves on stage that characterised congresses seem to be in the distant past now. (Maimane, incidentally, said Zille, like former leader Tony Leon, had prior travel arrangements and couldn’t make it – although, like Cape Town mayor Patricia de Lille, Zille was suspended a while back from party activities due to some tweets on colonialism.)

The party is, however, still pretty white at the top, where it matters. The constitutionally mandated members of the national management committee, which takes the day-to-day decisions in the party, still consists of seven white men and Maimane.

Even though the weekend congress was eventually fairly unanimous about diversity without quotas, it remains to be seen how the DA would go practically about promoting this in the compilation of its parliamentary lists. DM