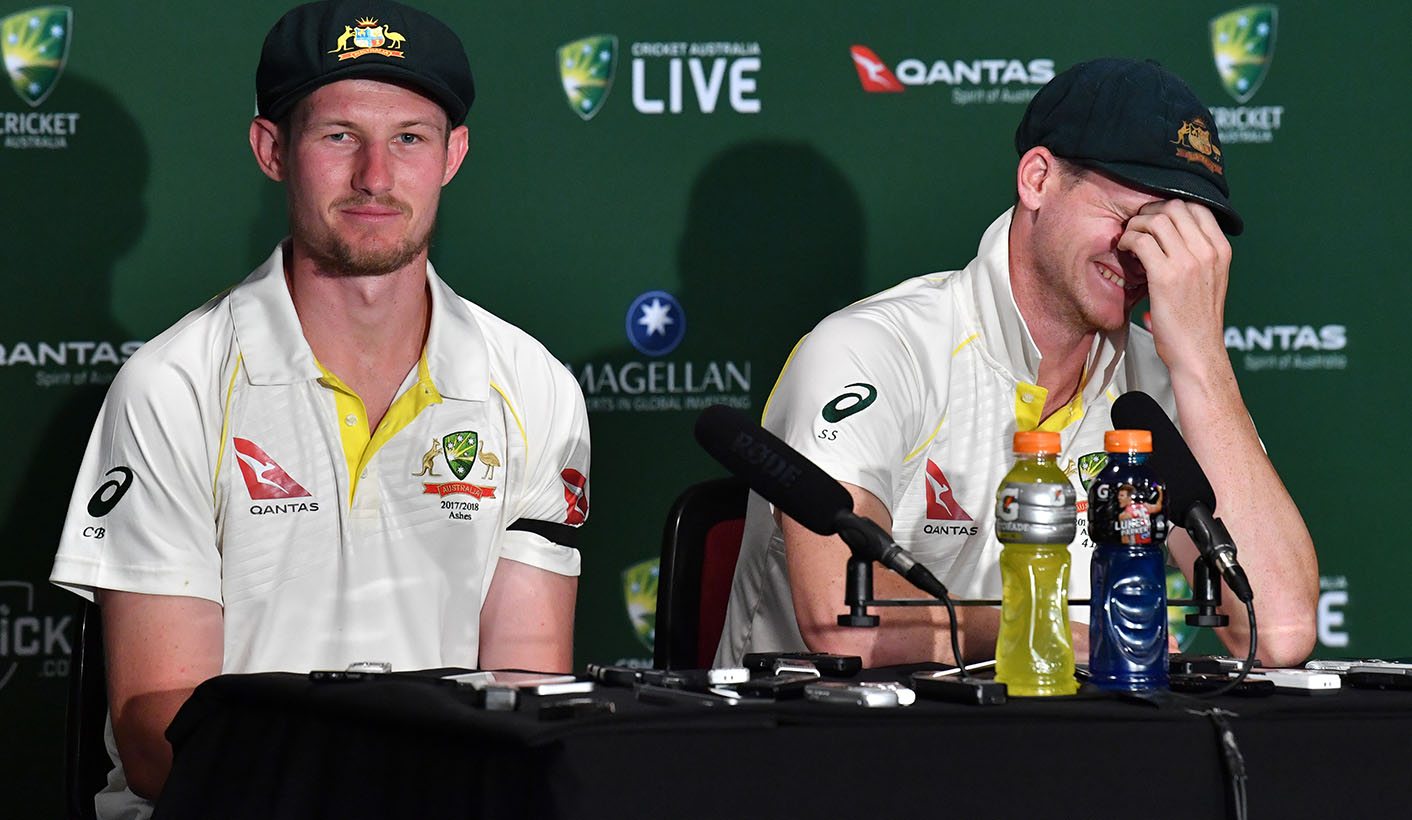 While much outrage has been directed at the players involved in the ball tampering saga that marred the third Test between South Africa and Australia, introspection of the ICC’s Code of Conduct – and how it is policed – is desperately needed to avoid similar fallouts in future. By ANTOINETTE MULLER.

The ongoing series between South Africa and Australia is not a good look for the International Cricket Council’s so-called “Code of Conduct”. Not if you’re trying to explain an already ridiculous game to somebody with no interest in the sport.

Following Cameron Bancroft’s fine and Steve Smith’s ban after both admitted to ball tampering on day three of the third Test between South Africa and Australia, the fallout has been swift.

Smith has been banned, Bancroft has been fined, all have been sent home and more serious sanctions from their own governing body could still follow.

But this incident – and all the hullabaloo that preceded it – has raised some pertinent points about the ICC’s Code of Conduct, the official disciplinary prescriptions that govern the game.

After Smith and Bancroft were handed their punishments by the ICC, those not in tune with how odd the ICC’s disciplinary procedures quickly suspected something sinister.

Quite simply, because under the current “demerit points” system, orchestrated, premeditated, blatant cheating is viewed as a Level 2 offence which falls in the same category as “inappropriate and deliberate physical contact between players during play”.

Repeat offenders who have racked up enough naughty points under Level 2 will be made to sit in the naughty corner.

Bizarrely, all of this falls into the same category as trying to manipulate the outcome of a match – say, when a team tries to lose on purpose to face a weaker opponent in the knockouts of a competition.

That doesn’t relate to spot or match-fixing, of course – those indiscretions have their own “anti-corruption” code – but the parameters for punishment for serious offences such as blatant cheating are so thin that they might as well not even exist.

These are overseen by the invisible “Spirit of Cricket” that tuts and shakes its head in dismay when batsmen don’t walk or teams appeal excessively.

But one man’s spirit is another man’s poltergeist.

The worst punishment for Smith and his cohorts are likely to come from Cricket Australia itself. All three are likely to be banned from cricket for some time – but not by the overruling mother body that’s supposed to make sure that all is well and good.

The deluge of outrage that has come in the wake of the incident, while understandable, is also in a way misplaced.

Much anger has been directed at the players themselves, but there is a bigger question: what led them to such a brazen act of misguidedness in the first place?

In the wake of Cricket Australia’s own investigations, evidence of a certain culture under coach Darren Lehmann – who is clinging on to his job for dear life – will probably emerge.

The ICC will say they acted strongly and immediately – based on their laws. That might be true, but introspection on how seriously this issue is taken – or how seriously it should be taken – is much needed to prevent further indiscretions in future.

Until then, players will continue to try to stretch the parameters because they know the punishment is relatively soft and that it is, in some cases, impossible to police.

Had the TV cameras not spotted Bancroft’s sleight of hand, he’d have probably got away with it. Because even if the ball started to reverse like a car down a one-way street, how do you prove skulduggery when no-balls aren’t even noticed?

Fiddling with the ball doesn’t always work enough for the umpires to notice it. Indeed, sometimes the change is so subtle that even when looking at the ball, it is impossible to see anything that would warrant a change.

Over the weekend, when the ICC’s punishments were announced, ICC Chief Executive David Richardson said:

“The ICC needs to do more to prevent poor behaviour and better police the spirit of the game, defining more clearly what is expected of players and enforcing the regulations in a consistent fashion.

“In addition and most importantly, member countries need to show more accountability for their teams’ conduct. Winning is important, but not at the expense of the spirit of the game, which is intrinsic and precious to the sport of cricket. We have to raise the bar across all areas.”

The Aussies have heeded your call, Mr Richardson – will your organisation do the same? DM

Photo: (FILE) Cameron Bancroft (L) and Steve Smith (R) of Australia reacting as they answer questions from the media about England wicketkeeper Jonny Bairstow at a post match press conference on Day Five of the First Test match between Australia and England at the Gabba in Brisbane, Queensland, Australia, 27 November 2017. Photo: EPA-EFE/Darren England