A Reflection: Nowhere to hide in race and land debate in SA 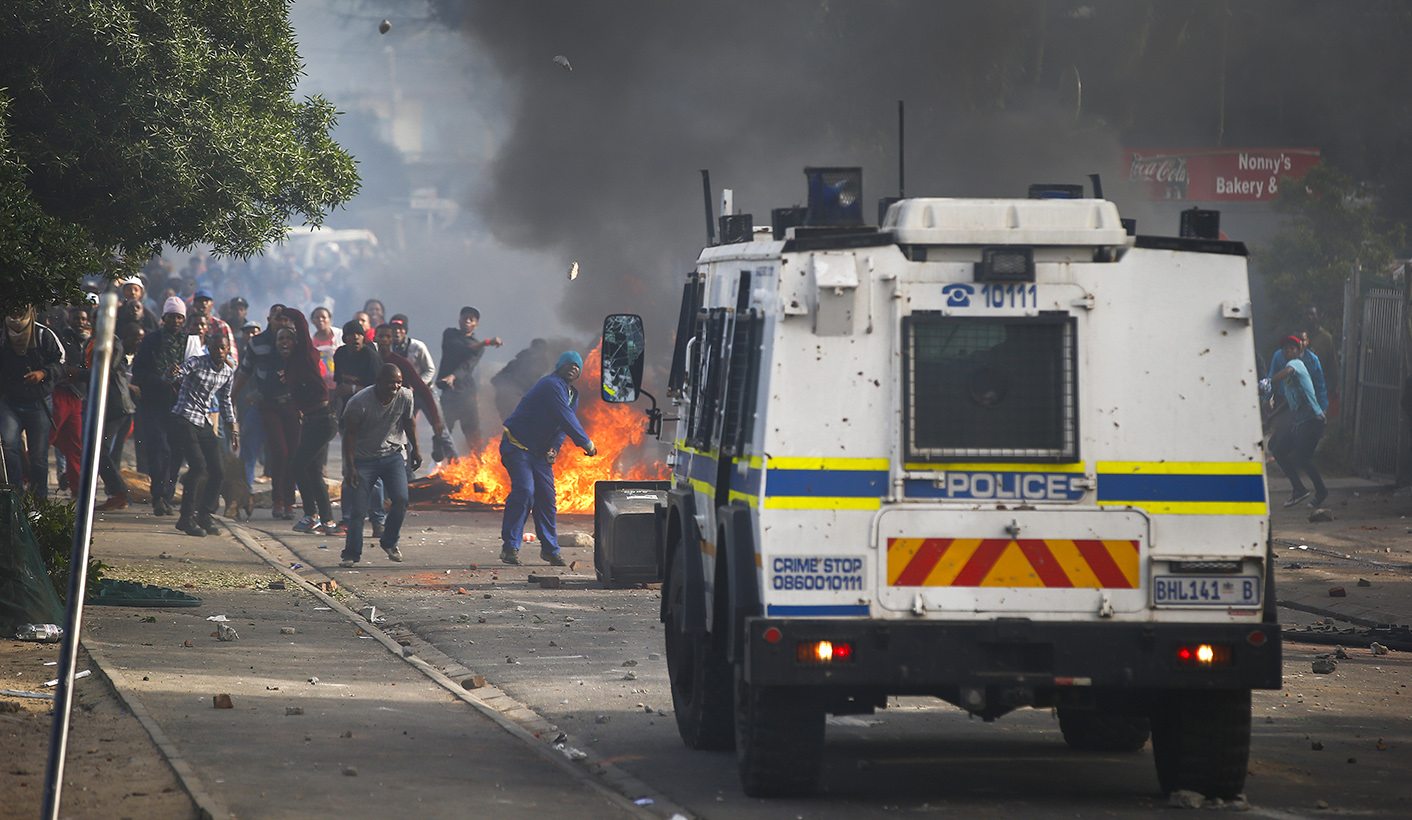 Now that Jacob Zuma has fallen and is finally facing charges, a new wave of debate has been resurrected. A myriad political deadlocks inspire old debates on race and land. But this time, a country is forced to face itself. By NKATEKO MABASA.

On Tuesday, the Mapungubwe Institute of Strategic Reflection (Mistra) hosted its annual lecture on the topic, Nervous Conditions: The burden on Race, Class and Gender in the Construction of the post-colonial order. The Zimbabwean novelist, Tsitsi Dangarembga, was invited as a keynote speaker to speak on the current political toils in Zimbabwe.

And on Wednesday, in celebration of Human Rights Day, the Apartheid Museum held a dialogue to discuss Mandela’s legacy. Eusebius McKaiser moderated a discussion on the failures of Nelson Mandela’s government in discussion with Sizwe Mpofu-Walsh, Lebogang Peko, Karima Brown and Sello Hatang.

In both events, hosted to commemorate Human Rights Day, the country is absorbed in critical discussion rather than a narrow focus on the events of a historic day. The identity of South Africa is in question.

South Africans are also forced to pay attention to a government attempting to reconstruct itself and an opposition seeking to expropriate land. Debates across the country, in public as well as in private, in our homes and at our jobs, are less and less about sports and more and more about politics.

The rampant corruption cases within the South African Revenue Services, soon after the Zuma-Gupta saga, nows fills the occupied space of corruption in the news. Cyril Ramaphosa continues his vision of renewal and accountability and has sacked Commissioner Tom Moyane after media exposure on his dealings.

However, even though the ANC managed to save itself at its December conference at Nasrec, through compromises between factions, its Deputy President, David Mabuza, has become another thorn in the side of the ANC as he was questioned in Parliament about political killings during his tenure as premier of Mpumalanga.

The rainbow nation is gripped with polarising discussions that rise and rise over time, forcing the matter to its crisis. And the ANC continues to bump into hurdles that compromise its struggle for renewal.

In 1959 a group of young Pan-Africanists within the ANCYL broke out of the party in defiance of the Freedom Charter, in particular the idea that all land belongs to all those who live in it. They went on to lead the pass campaign that resulted in the Sharpeville Massacre, a day celebrated across the world as International Human Rights Day.

Lebogang Peko argued that when PAC leader Robert Sobukwe was asking the Pan-Africanists to put down their dompass; he was asking them to take up their personhood.

And it was on the anniversary of the death of Robert Sobukwe this year that Parliament decided, with an overwhelming majority vote of 241 to 83, to look into ways to expropriate land without compensation.

This has resulted in rigorous debates on Section 25 of the Constitution which deals with the redistributing of land, requiring some form of payment to the current land owner.

“We are a country afraid to do historical analysis,” said Eusebius McKaiser. This, he argues, is because of the things we are afraid we might find, and the horror of not having a solution to any of them.

As a result of the growing inequality of the country, history is being marshalled in service of present political ends, said Sizwe Mpofu-Walsh.

Tsitsi Dangarembga, at the Mapungubwe lecture, called this state a “nervous condition”, for black people as well as for whites. There is an anxiety, she argues, that people who do not have land experience about their survival. But there is also a palpable fear with the people who stand to lose this land.

Both discussions were packed to full house and had a range of participation from the audience members. This shows the eagerness to get involved and speak out on both injustice and corruption.

A national consciousness has been awoken. When Chumani Maxwele threw faeces on the statue of Cecil John Rhodes at the University of Cape Town he sparked a wildfire that has caught on, similar to the burning man who inspired the Arab Spring. People seek answers to the conundrum that South Africa finds itself in.

What is different about these current talks, however, is the general dissatisfaction with the status quo. Both in government and racial inequality. Dangarembga argues that there is no such thing as a post-colonial order.

“I do not understand how a system that transforms itself into another version of itself can be perceived of as being post itself,” she said.

The overarching and common concern is how the legacy of Mandela – the revered liberation stalwart – is carried by the national government that almost collapsed into itself. What would have happened if the ANC was not able to root out corruption but went on its deadly trajectory of State Capture? Would it have been eventually replaced by the opposition? And which one? Are they even an option?

As the country faces unemployment and poverty, a more pressing question remains: will Ramaphosa’s government deliver fast enough on its promises or will the poor take matters into their own hands? DM

Photo: Residents of Masiphumelele throw rocks and petrol bombs at an armoured police vehicle during a protest against the lack of policing in Masiphumelele, Cape Town, South Africa, 29 September 2015. EPA/NIC BOTHMA