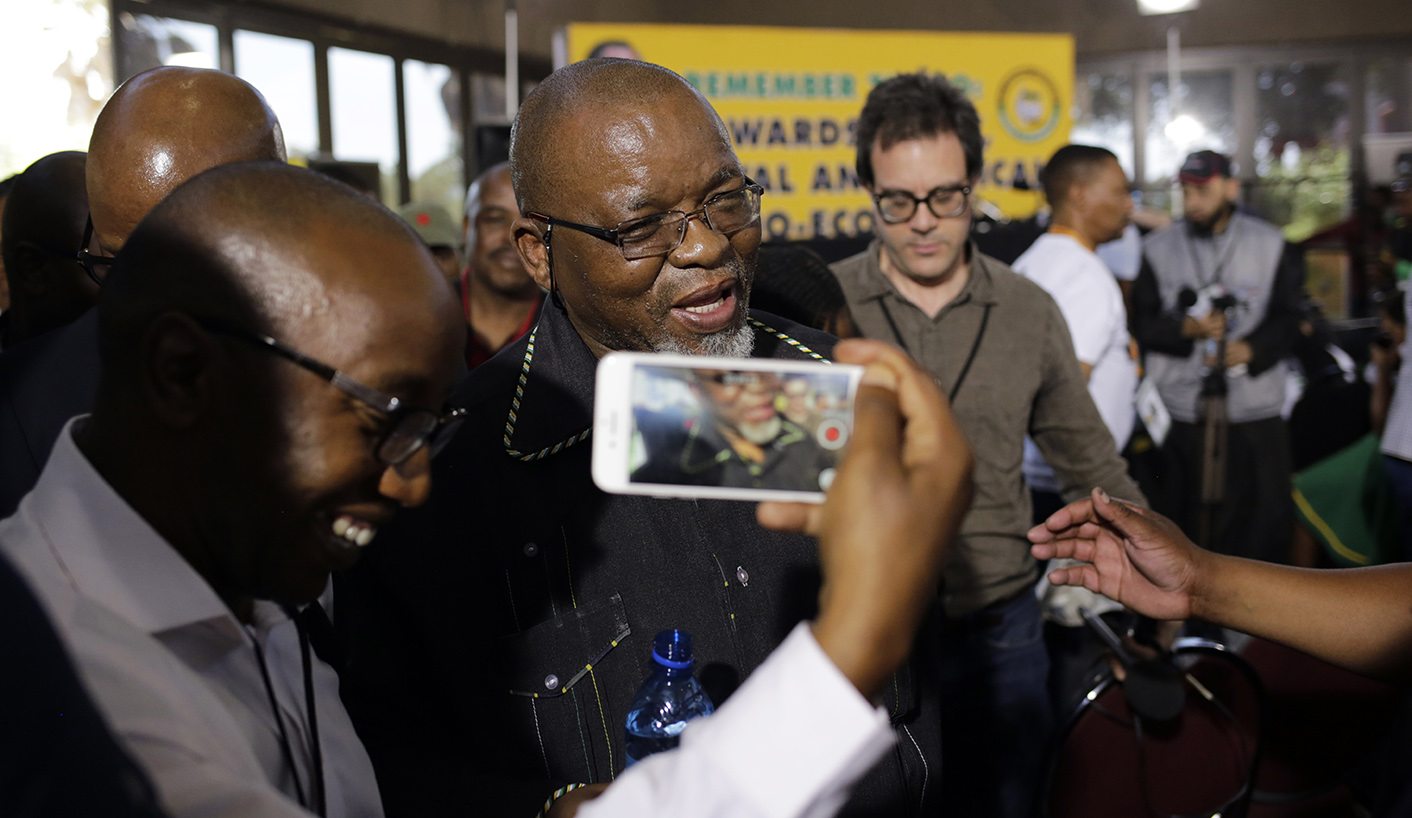 Word coming out of weekend talks is that new Mineral Resources Minister Gwede Mantashe is intent on retaining the outline of the controversial Mining Charter championed by his predecessor. Would this be a concession to practicality – Mantashe has said he wants the job done within three months – or evidence that it will be business as usual at the Department of Mineral Resources? The jury’s still out. Meanwhile, questions are being asked as to why community activists and the AMCU were missing from the most recent negotiations. By REBECCA DAVIS.

“The Chamber [of Mines] may have some differences, but we cannot start from scratch. We have to deal with areas of dissatisfaction.”

This sentiment appears to be shared by new Minister of Mineral Resources Gwede Mantashe.

Closed-door talks between government, industry and labour this weekend produced reports that the new mining minister wants to retain the basic elements of the charter, which in the past has been rejected unequivocally by the mining industry for its onerous transformation requirements.

The DA’s Shadow Minister of Mineral Resources, James Lorimer, said in a statement on Monday:

“At industry stakeholder talks over the weekend, (Mantashe) indicated that the widely criticised Mining Charter 3 will be the basis of negotiation of a new charter with industry.”

Contacted for comment by Daily Maverick, the Chamber of Mines was staying tight-lipped at this stage about the details of negotiations.

“The fact that actual engagement is taking place is a good thing,” the chamber’s head of public affairs and transformation Tebello Chabana said.

But Chabana added, in an apparent reference to ongoing disagreements:

“We were not expecting the process to be easy.”

Mantashe – a former leader of NUM – is set to brief media on Tuesday on the progress of the weekend talks and his “immediate plans and priorities concerning the department and the mining industry”.

It is already known that one of Mantashe’s central concerns is the finalisation of the Mining Charter in good time. In February, Mantashe said that he wanted discussions done and dusted within three months – a time frame which reportedly surprised industry, given the extent of previous conflict on the matter.

Three months was also considered overly ambitious because of the new requirements compelling the government and industry to ensure that the voices of mining-affected communities are heard in such discussions.

In February, the North Gauteng High Court ruled that mining-affected communities had to be involved in negotiations over the Mining Charter.

Yet on Monday, community mining activist Elton Thobejane confirmed to Daily Maverick that his group – the Mining and Environmental Justice Community Network South Africa – had once again been excluded from the weekend talks.

“We were not aware of [the talks], and only heard about them through the media,” Thobejane said.

“The department is starting on the wrong foot, given the directive issued by the high court. We should be part of the process from the word go.”

Thobejane said that the exclusion of community voices was doubly disappointing, given initial indications from President Cyril Ramaphosa that government was recommitted to community consultation.

After the February high court ruling, the Presidency stated that “government will ensure that this matter [insufficient consultation] is corrected in engagement on the Mining Charter going forward”.

Daily Maverick asked the Department of Mineral Resources why mining-affected communities had not been included in the weekend talks, in apparent contravention of the court order, but had not received comment by deadline.

Thobejane said that the mining community networks would be writing to the department through their lawyers to express their disappointment.

The mining activists were not the only group absent from the weekend discussions. Also missing was the Association of Mineworkers and Construction Union (AMCU), the breakaway faction of NUM.

AMCU president Joseph Mathunjwa did not respond to Daily Maverick’s request for comment on Monday.

Other media alleged that AMCU had not been invited, and suggested that a contributing factor could be Mathunjwa’s historically fractious relationship with Mantashe as a result of the minister’s past with NUM.

NUM’s Sipunzi, however, said that the union was “concerned” that AMCU had not been part of the consultation, but claimed that Mathunjwa had indeed been invited to the table.

“We believe the invitation is still open,” he said.

It remains to be seen what update Mantashe will provide on the talks on Tuesday, but it is clear that much contestation remains. The Chamber of Mines’ objections to the Mining Charter, after all, led to a complete breakdown of communications between industry and government under Mantashe’s predecessor Mosebenzi Zwane.

The mining community networks, meanwhile, have voiced opposition to the third iteration of the Mining Charter on the basis that it does not go far enough in ensuring that the transformative benefits of mining are felt by the communities around mine.

But stakeholders – at least those invited to the table last weekend – are still putting a brave face on the potential for renewal under a Mantashe-governed Department of Mineral Resources.

The Chamber of Mines’ Chabana told Daily Maverick that there “absolutely” was reason to believe that the chamber would be able to work better with Mantashe than his mining minister predecessor.

Asked whether there was any evidence of a policy shift from the department thus far, however, Chabana replied:

“These are early days in the process.”

“We have an industry to run,” Sipunzi says.

“We need to get this industry to work.” DM