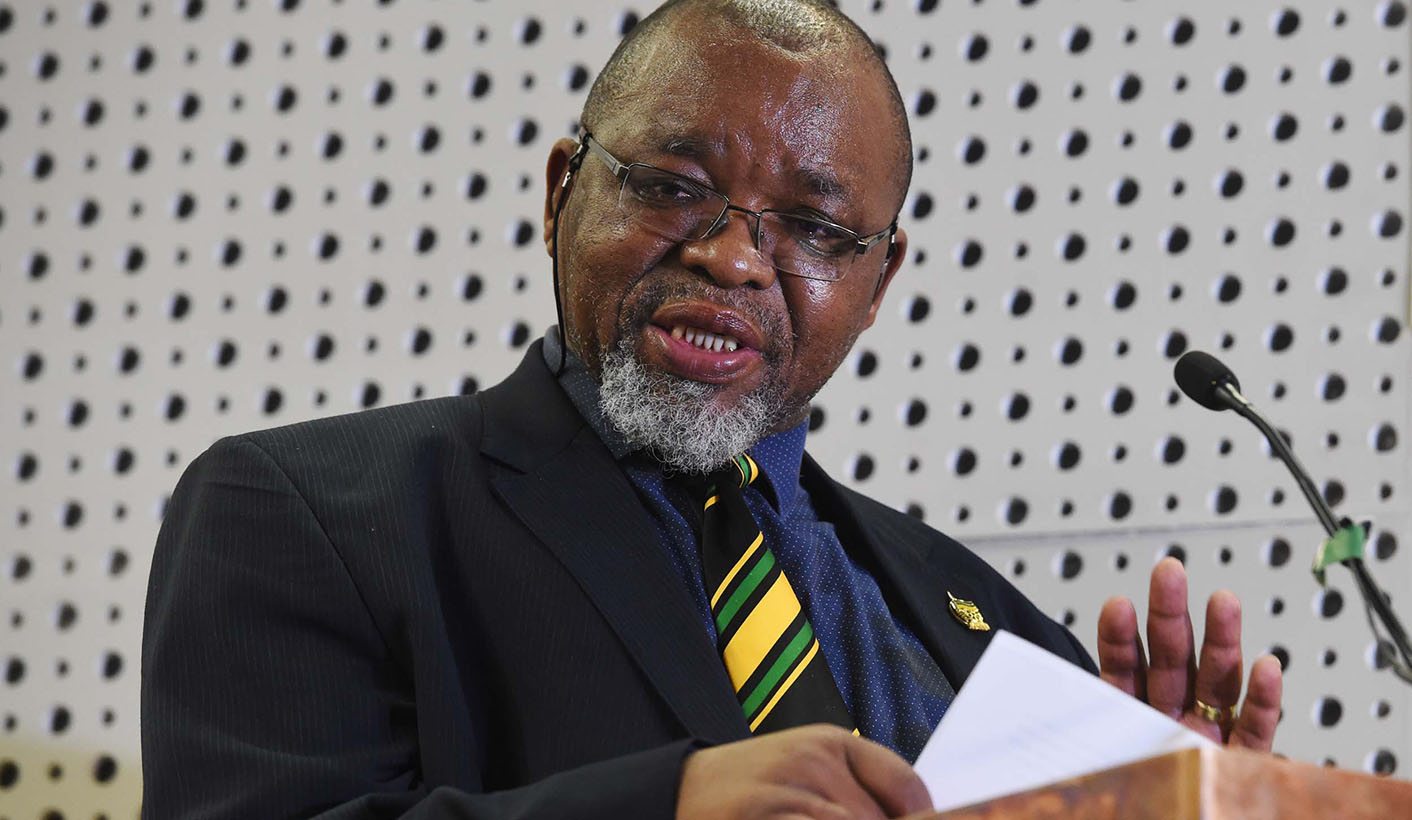 Members of Mining Affected Communities in Action (Macuwa) stood at the back of Gwede Mantashe’s press conference in Pretoria on Tuesday morning bearing a banner reading: “Nothing about us without us.” Sandile Nombeni, from a community mining group in Ekurhuleni, put up his hand when the minister had finished with questions from the media.

Community groups like Macuwa were incensed after Mantashe excluded them from discussions this weekend on the Mining Charter with unions and company associations, despite a Pretoria High Court ruling in February compelling the department of mineral resources to include them in the discussions.

Former minister Mosebenzi Zwane tabled the third Mining Charter last year. The Chamber of Mines went to court to challenge the document, claiming they had not been adequately consulted and the Charter placed onerous burdens on companies that would put their survival and jobs in the industry at risk.

Community organisations that fought to be part of that case and eventually won the right to be included in discussions now feel Mantashe is ignoring his legal duty and President Cyril Ramaphosa is reneging on claims to include all stakeholders as they seek to stabilise mining’s regulatory environment.

Mantashe, who more than once told journalists they were asking the wrong questions, assured Nombeni that the department would consult communities. Day-long meetings are planned in mining areas across the country to allow communities to express their views on the Mining Charter.

The minister said he would listen to communities who went to court and those who didn’t. “We are giving communities more time than anyone else.”

Nombeni wasn’t convinced. The department, business groups and labour have established two task teams on the Mining Charter and competitiveness and growth. “Having to discuss a huge matter like this, it can’t just take one day,” said Nombeni.

Attorney Wandile Phama from the Centre for Applied Legal Studies (CALS), which represented the community organisations in court, said: “This is not in line with what the court order said.”

CALS wrote to Mantashe when he became minister in February to ask him about his community engagement plans but he did not respond. On Tuesday, they wrote to Ramaphosa.

Phama said there were no signs that the department was taking communities seriously. When the Chamber of Mines agreed with the department to suspend its court action on the Mining Charter, communities, who had been included as applicants in the case, were not consulted.

Mining has a huge impact on communities and the Charter proposed by Zwane introduces new regulations that concern them directly. It made provision for 8% of a company’s shares to be held in a community trust, managed by the new Mining Transformation and Development Agency (MTDA). The MTDA would account to the minister, but there are no further details on how it would run or be held accountable.

Mantashe said creating policy stability by finalising the Mining Charter and Mineral and Petroleum Resources Development Amendment Bill were priorities and would boost investor confidence. To rebuild trust with labour and business stakeholders, he said the Mining Industry Growth Development and Employment Task Team (MIGDETT) will be revived.

“The meeting, which was robust and open, recognised that there was a lack of consultation between the ministry and the partners in the past. This had contributed to a trust deficit among us all,” said the minister on the weekend’s meeting, which also did not feature the Association of Mineworkers and Construction Union (Amcu). He said they declined an invitation.

The Chamber of Mines welcomed the renewed engagement. “The industry is appreciative of the real engagement that Minister Mantashe began at the weekend, after an absence of such processes over the last few years,” it said in a statement.

“We are aligned with the minister’s thinking that transformation, competitiveness and growth are and should be mutually reinforcing goals. These imperatives are not at odds with each other.” DM