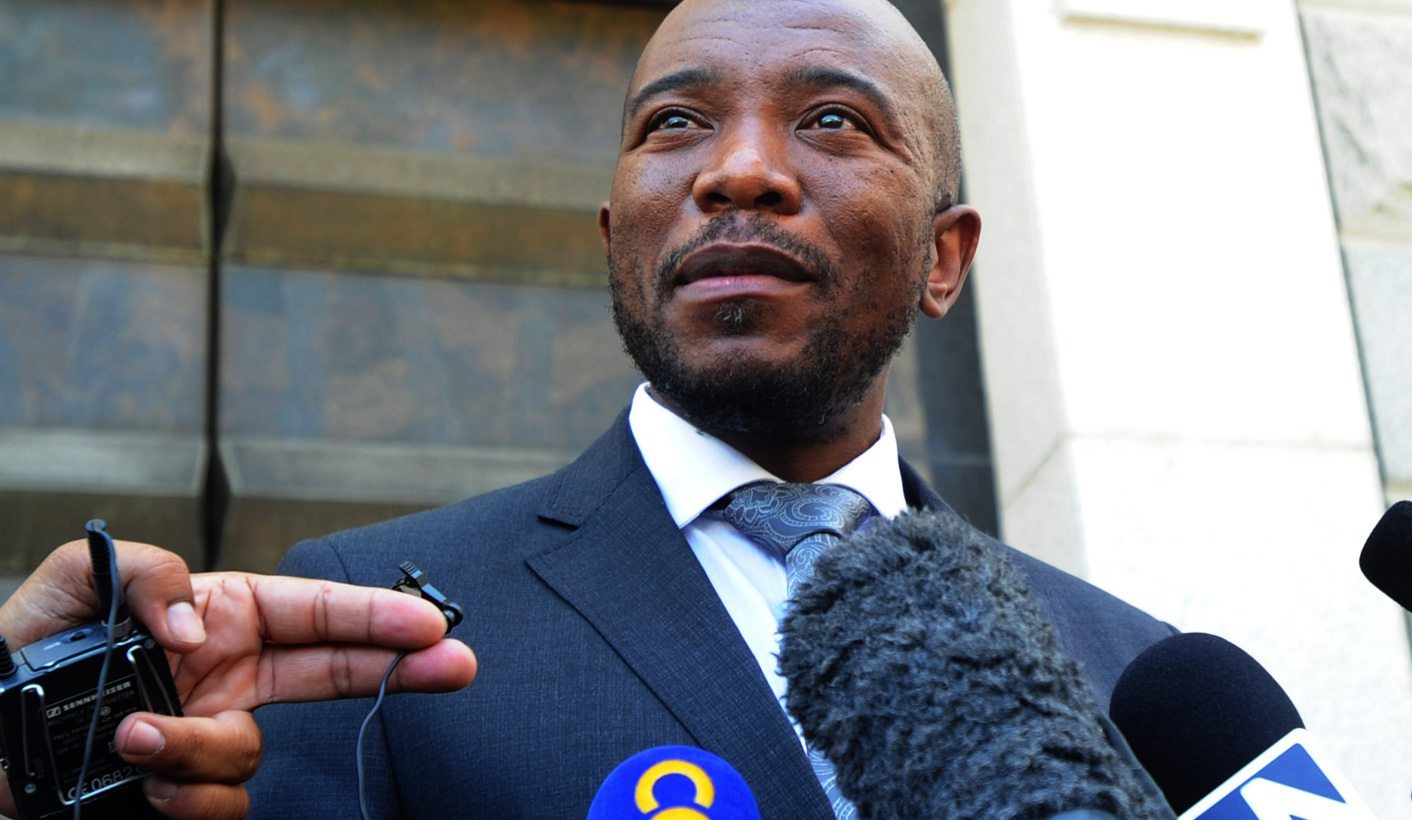 DA leader Mmusi Maimane will be tasked with taking the party to the crucial 2019 elections after being nominated unopposed to continue in his position. This, however, does not mean there will be no contestation in positions lower down. By CARIEN DU PLESSIS.

Tshwane mayor Solly Msimanga has long been rumoured to have ambitions of aiming for a top position in the Democratic Alliance (DA), and in the party there was even some talk that he’s been wanting to take on Mmusi Maimane.

Msimanga told Mail & Guardian that the party should change from being a one-man show.

“We can push for a bigger leadership group instead of centralising our campaign around just the leader,” he said.

He wants bigger visibility for the party’s top six, as he believes not everyone knows these leaders.

The 37-year-old has been active in party campaigns since he joined the DA in 2006, while Maimane, who is the same age, only joined in 2011 and shot up the ranks to become party leader four years after that.

On Sunday the party’s chief electoral officer, Anchen Dreyer, announced Msimanga as one of three candidates for the position of federal chairperson ahead of the party’s congress to be held on 7 and 8 April in Msimanga’s home city.

(A full list of nominations is on the DA’s web site.)

Msimanga will be looking to dislodge fellow mayor, Athol Trollip, 54, from the position. Trollip has more experience in government than Msimanga, having served on municipal, provincial and national levels and having served in the DA and its predecessor, the Democratic Party, since 1995.

Trollip, who will be running again, has been facing a challenge to his leadership in the Nelson Mandela Bay Metro, where the Economic Freedom Fighters have been threatening to use the DA’s opposition to its motion on land reform without expropriation as an excuse to vote Trollip out of the metro coalition.

The EFF is set to call for a special council sitting on 29 March – just over a week before the DA’s congress – to bring a motion of no confidence against Trollip. His detractors in the party say he deserves to lose the position as mayor – he has a firm leadership style which sometimes borders on brash –and also his position in the party because “he has been absent”.

His lobbyists, however, say Trollip should be supported at all costs.

DA MP Andrew Whitfield, who is part of Trollip’s campaign, said it wasn’t about Trollip’s leadership but about EFF leader Julius Malema’s “unilateral announcement to punish the DA by removing the mayor of [Nelson Mandela Bay] because he is white and because the DA voted against expropriation without compensation.

“This is first and foremost an attack on the DA and it’s values, not just Athol Trollip,” he said.

Malema has made references to Trollip’s race in tweets about why the EFF wanted him out.

“First they came for NMB (Nelson Mandela Bay Metro), and I did not speak out because I was not the Mayor of NMB…. Then they came for Tshwane, and it was too late…”

Msimanga and Trollip both became mayors of coalition metro governments after the 2016 elections.

DA MP and Free State party chair Annelie Lotriet is also set to run for the post, but she has a lower profile than the other two and her chances are considered to be slimmer.

However, the black caucus is reported to be divided between Trollip and Msimanga, which means Lotriet might stand a chance if the vote were split.

There is some consensus in the party that Maimane was allowed to stand uncontested so as not to “destabilise” the party before the 2019 general elections.

“Others think keeping him till 2019 with his weak leadership will hurt us more, actually, but they were convinced to let it go with the proviso that, bar some miracle from him, this is his last term and he is on borrowed time,” a campaigner in the party said.

Some also believe the possibility of someone contesting Maimane from the floor is still possible, although Dreyer made it seem like a closed case.

The “old boys’ club” in Parliament are said to be opposed to Maimane’s tough transformation talk about the institution, but others are taking Maimane’s lead to make lists in their provinces for more representatives, the campaigner said.

Another interesting development is that party chief whip John Steenhuisen has backed off from challenging James Selfe for chairperson of the party’s federal council.

The 62-year-old Selfe, whose position is largely administrative but also powerful because of his control over disciplinary cases, is the longest-serving official on the DA’s leadership, having been first appointed executive director of the party in 1992.

Steenhuisen, who was reported to have been under great pressure to contest Selfe, said he did not stand “because I actually enjoy my role as Chief Whip in the National Assembly enormously, I think that I am good at it and add value to the DA and Parliament and ensure that MM (Mmusi Maimane) can lead the party knowing that his parliamentary operation runs smoothly and efficiently”.

However, another MP said Steenhuisen wanted Selfe to retire, to avoid a contest.

“If you ask me, he didn’t want to run against James because it would have been very close and possibly unsuccessful,” the MP said.

Selfe is unpopular among some in the DA because of the strong control he has in the party, especially over disciplinary processes.

It is likely that the most senior elected women are set to be deputy federal chairpersons. Incumbents Refiloe Nt’sekhe and Desiree van der Walt are running again, as is Ivan Meyer, and they will be joined by five more candidates. DM