Op-Ed: South Africa’s #CoalCapture – Not the way forward in a ‘new dawn’ 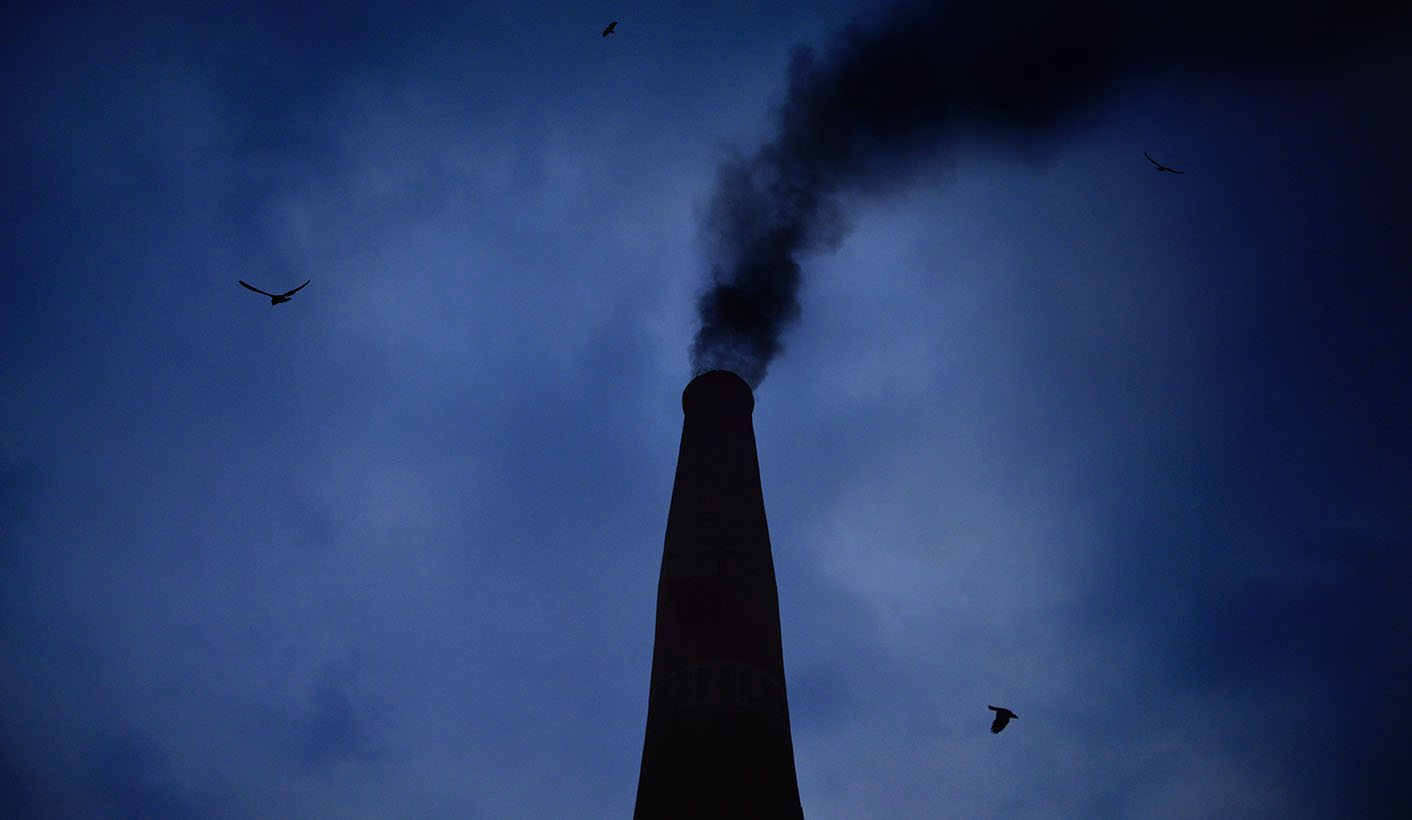 The Cape Town water crisis is a harsh warning of what’s to come if South African energy investments continue propping up the coal sector. By AHMED MOKGOPO.

Coal-fired power stations are responsible for half of South Africa’s carbon emissions, and in addition to exaggerating water insecurity in affected areas like Lephalale, they carry heavy health costs. A 2006 Eskom report released to the Life After Coal (LAC) coalition in 2014 said all Eskom’s power stations could kill 600 people annually from air pollution. With Eskom’s Medupi and Matimba power stations already in the Lephalale area, and with pledges by South Africa to lower its carbon emissions by 42% by 2025, the country is at risk of of failing on its global climate commitments due to new coal-fired power investments.

This is why climate and environmental groups like LAC have called for no new investments in coal and are rallying behind 350.org’s #ThumaMina campaign, calling on the Development Bank of Southern Africa to permanently withdraw from financing Thabametsi. It uses outdated technology, and as a result will be a coal plant with disproportionate emissions, impacts on human health, water availability, and agricultural productivity in an age when any new coal plant cannot compete economically with renewable energy and is a climate crime.

A visit to many of South Africa’s coal-affected communities is a stark reminder of the realities of this crime.

Thabametsi is one of 12 coal fired power plants being considered under the Independent Power Producer (IPP) programme, and is one of two preferred bidders. The $2-billion (R24-billion) project is proposed to be developed by local and international developers with financing planned to come from a group of lenders which include SA’s four main private commercial banks and the Development Bank of Southern Africa (DBSA). Given the urgency to act on the water crisis and avoid similar catastrophic climate impacts, we simply cannot afford to pour money into these projects.

Alarming possibilities of wildfires, floods and drought have been mapped out in a climate change impact assessment done for Thabametsi – the assessment paints a challenging future for the power station itself. Out of 12 identified risks, water supply will be its greatest headache. The projects developers are unsure about how much water the plant will be allowed to use. With the project being planned for development in a water stressed region, its license to operate could be threatened by rising social unrest.

An important and yet overlooked issue in this crisis is corruption within the coal sector that threatens the country’s democracy and has been entrenched into the highest levels of governance. Reports on how load shedding was used as a money making scheme, irregularities within the Water and Sanitation Department and ensuing economic misfortune has reached extreme levels and has South Africans feeling despondent in the midst of a water crisis.

In order to avoid a worsening scenario, public and private financial institutions need to be persuaded to break ties with the coal sector, which threatens our collective well being due to the fact that emissions fuel climate change.

The DBSA has a historic opportunity to deliver on inclusive economic growth, eliminate poverty and reduce the risk of climate change. They invest huge amounts of money in development projects, and while we recognise the bank’s achievements in clean energy initiatives, these positive steps risk being undermined by directly supporting coal developments like Thabametsi.

We need them to freeze plans to finance this power plant not only because it’s a risky investment, likely to be trapped in an under-performing asset or even made unusable as climate change protection policies strengthen, but also because investments from a development bank would give license to a morally bankrupt choice.

A 2017 report by the CSIR presents several options for South Africa’s electricity mix that don’t lock us into an expensive and harmful energy future. The alternative models as illustrated in the report are least cost scenarios which show we can achieve an electricity system that is dominated by renewable energy sources such as solar and wind. A shift to renewable energy is affordable and has the potential to give more access and voice over our energy system to the people who use it.

So why still cling to coal-fired power and face greater economic and ecological instability when a cleaner, 100% renewable energy future is an option for South Africa?

The wave of change following the appointment of Cyril Ramaphosa as South Africa’s new President presents an invigorated urgency and leadership to the movement for accountability within government. In the spirit of the “new dawn” as mentioned by President Ramaphosa, we need to urgently transform the way we generate electricity, and mobilise the political will to break free from South Africa’s coal dependency and transition to clean energy in a way that protects workers, defends the most vulnerable and gives communities more control over their energy systems.

The DBSA has a central role to play in the energy transition. It’s now time for them to lead and immediately freeze new financing for the coal sector which has captured South Africa. DM

Ahmed Mokgopo is a campaigner for 350Africa