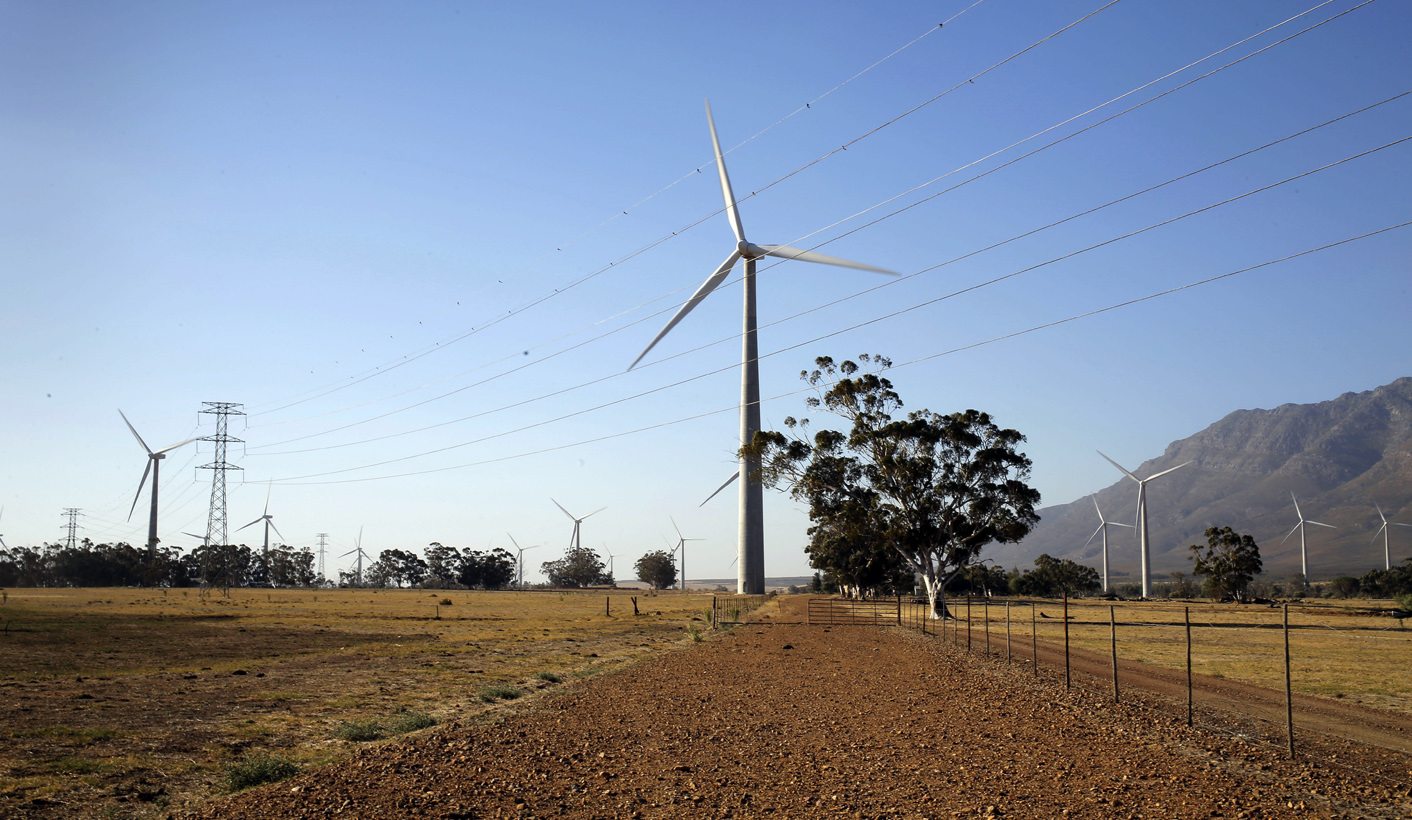 On 12 March 2018 Numsa, with Transform RSA, approached the High Court in a late-night interdict to prevent the Minister of Energy from signing 27 Independent Power Producers’ contracts on 13 March 2018. There has been some hysteria in response and Numsa’s position has been wildly distorted. This requires us to set the record straight. By KARL CLOETE.

The Numsa position on Renewables and IPPs:

Numsa can be counted among few formations in South Africa that have developed, and that continue to develop, progressive and class perspectives on Renewable Energy (RE).

As far back as August 2011 Numsa called for a socially owned renewable sector. In 2012 Numsa’s highest decision-making body, its national congress, adopted a resolution on the Socially Owned Renewable Energy Sector in South Africa. Our position was that the country’s energy needs should be met by a mix of different forms of collective ownership including energy parastatals, co-operatives, municipal-owned entities and other forms of community energy enterprises.

We stated that in organisational terms this should involve some level of decentralised ownership and operation integrated into a coherent, national centre. We made it clear that the national grid must be publicly owned and must remain the backbone of energy provision. We also made it clear that the mandate of Renewable Energy projects must be to achieve service provision, meet universal needs, decommodify energy and provide an equitable dividend to communities and workers directly involved in production and consumption of energy. We stressed that socially owned RE enterprises should be non-profit entities.

Our position was that a socially owned RE sector must be governed via democratic control through constituency-based governing councils tasked with achieving a strict social mandate. We also insisted that the producers and owners of the means of renewable energy
production must receive a large share of the sector’s economic benefits.

Our position also made it clear that in our view renewable energy has great potential to give communities greater control of their resources and to satisfy their energy needs on a decentralised basis. We were, and remain, absolutely clear that renewable energy is essential to mitigate climate change and that the renewable energy sector is not developing as fast as it needs to and that a socially owned and controlled sector can push its development far faster than it is currently expanding.

Furthermore, energy is central to national development, and a socially owned renewable energy is a way to resist foreign multinational corporations capturing our energy production. Socially owned renewables can provide a strong basis for energy sovereignty, as an important way of confronting, and in the long term overcoming, energy inequalities in the world market.

Energy is vital for production and meeting basic needs. An energy supply that is determined by the dictates of the market is vulnerable. Social ownership can guarantee greater security of supply and equality of access. However, although renewable energy is necessary, there is nonetheless nothing inherently progressive about the sector in terms of its labour practices, which can be as exploitative as any other sector.

Our commitment to RE was clear and is a matter of record. However, we were and remain committed to a socialist vision of RE, not a capitalist vision.

However, today the African National Congress (ANC) government is driving a capitalist vision of RE. It says that its Renewable Energy Procurement Programme will attract investments of around R100-billion between 2012 and 2016.

According to a Cabinet-adopted Integrated Resource Plan (IRP) 2010, which is a 20-year electricity plan for the country, about 9% of all electricity generated in the country by 2030 will be from renewable energy sources – onshore wind, concentrated solar thermal, solar photovoltaic, biomass, biogas, landfill gas and small hydro.

Mindful of the fact that energy is vital for production, national development and meeting basic needs, capital, as is always the case, views the introduction of renewables as a new site of accumulation and one of the ways to resolve their current economic-financial crisis. Workers and their communities do not stand to benefit from what is another capitalist grab to enrich a few and to commodify natural resources for profitable sale in the world market.

Furthermore, the renewable energy being produced through the Renewable Energy Procurement Programme is not meant for those who do not presently have access to electricity but is being developed for big corporations which get their supply at a discount.

The main beneficiaries of the Renewable Energy Procurement Programme will be large foreign energy, power and technology companies, financiers and project developers. South Africa will continue to be a recipient of products developed in the north on the terms of the world market and global patent regimes.

The Misrepresentation of our Position

For these reasons Numsa is of the firm conviction that the building of a Socially Owned Renewable Energy Sector in South Africa is the best possible option for our country’s energy needs. Socially owned renewables can provide a strong basis for energy sovereignty, as an important way of confronting, and in the long term overcoming, energy inequalities in the world market. They can also provide a socially and ecologically desirable transition to a new energy system in which renewable energy plays the dominant role, an outcome that is not possible within the constraints imposed by capitalist relations.

Our position has been egregiously misrepresented in the media and by various commentators. As the facts clearly show, we are not against RE. On the contrary, we are fighting for a socially owned RE sector, a sector under public, community or collective ownership and designed to put people before profit. We are also committed to a strategic and targeted local content requirement regime aimed at building an RE manufacturing base in South Africa.

It is also our view that while the fossil fuel industry such as coal and synthetic fuel continues, it must be brought under social ownership and control and managed in the public interest.

A Just and Democratic Transition:

Numsa is acutely mindful of the fact that fossil fuel extraction, processing and use release various pollutants as well as greenhouse gases into the air. These damage the health of workers, surrounding communities and environments. Many of our people also use coal, paraffin or wood for domestic heating and cooking at great cost to their health and safety. We have some of the highest rates of respiratory diseases, such as asthma, in the world, particularly affecting our children.

We are in full support of a transition from dirty energy to clean renewable energy. Where we differ with the ANC government is on the nature of the transition. We are against a capitalist transition organised around profit and exploitation. We are for a just and democratic transition towards socially owned renewable energy that achieves cleaner forms of energy, develops the manufacturing base of our economy and avoids job losses and provides reskilling.

Numsa is a participating member of Trade Union Energy Democracy (TUED) with its head office based in Washington, USA. We have collectively drafted a way forward towards a Progressive Labour Charter for Climate Justice and Energy Transition which encompasses, among others, a commitment to solidarity with all those struggling against large fossil fuel interests and their infrastructure projects and with workers in the energy sector who are under threat of losing their jobs and incomes as a result of fuel switching, underinvestment, and price wars.

We are committed to resisting policies that seek to export fracking methods, practices and regulatory rollback to other countries, to ban gas and oil drilling on federal and tribal lands and to strengthen regulatory bodies to ensure that Investor Owned Utilities serve the public good.

We are also committed to reform the energy sector so as to allow for a just transition to renewables under public and community control. This requires us to reinvent regulatory bodies and establish mechanisms for meaningful public involvement and democratic decision-making.

To achieve this, trade unions are encouraged to work at national and international levels to support climate justice, energy democracy, and defence of essential public services.

Numsa is clear that the capitalist mode of production produces and reproduces human misery, disease, underdevelopment, joblessness, poverty and inequality all the time. This is why we are opposed to capitalist capture of RE and for a socially owned and democratic alternative.

The ruling ANC government’s role in the driving of a market related and privatising IPP model in Eskom is best characterised by Karl Kautsky:

“The capitalist class rules but does not govern: it contents itself with ruling the government.”

We rest our case. DM

Photo: Some of the 46 wind turbines at the Gouda wind farm near Riebeek Kasteel, South Africa, 13 March 2018. The 138MW wind-farm cost R2.7bn and was brought online in early September 2015 and is capable of powering 200,000 households per year or 400 gigawatt hours of electricity. The Gouda Wind Farm will avoid the emission of 406 million metric tons of CO2 per year of equivalent power produced from a coal fired power plant. EPA-EFE/KIM LUDBROOK