Op-Ed: Khoisan have been overshadowed in the land debate 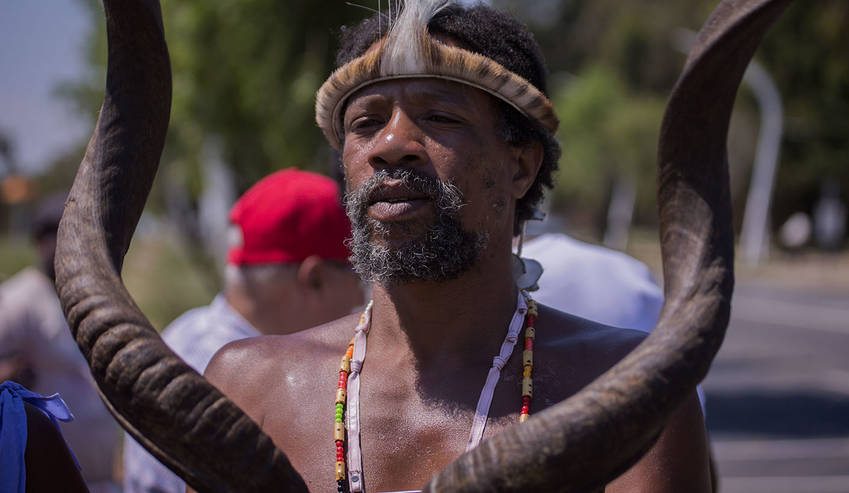 Contemporary political discourse around the land question barely mentions Khoekhoe and San people. It is absurd to think you can understand land dispossession associated with colonial expansion in South Africa without reflecting on the near extermination of Khoisan people. By RAMABINA MAHAPA.

A key institution used by Dutch-speaking pastoralists to dispossess San people, particularly in the former Cape Colony, of their land during the 18th and 19th centuries was the commando system of voluntary and mostly part-time civilian militia.

There are two books of utmost importance on this subject. One is The Anatomy of a South African Genocide: The Extermination of the Cape San Peoples by Mohamed Adhikari. This book speaks of the way Dutch-speaking civilians organised themselves into para-militia units for the sole purpose of exterminating hunter-gatherer societies in order to dispossess them of their land, as well as to capture surviving individuals, mostly women and children, for their labour.

Adhikari shares in his book that “(h)unter-gatherer communities who resisted settler encroachment have, in addition, been more susceptible to exterminatory violence than other forms of indigenous society. They were despised as the most ‘primitive’ of peoples, their way of life an anachronism destined for extinction, and sometimes even seen as deserving of that fate”.

In his book, The forgotten Frontier: Colonist & Khoisan on the Cape’s Northern Frontier in the 18th century, Nigel Penn offers some enlightening details. For Penn: “The military power of the commando system served the essential purpose of enabling the pastoralist economy of the trekboers to expand. Without the ability to appropriate more land, water and grazing for the increasing flocks and herds of its members a pastoralist society is doomed to stagnation or decline.” Available research affirms the view that civilians led the genocide against indigenous people in the former Cape Colony. These civilians, who were mostly pastoralists, pro-actively formed para-militia and vigilante groups with expressed purpose of “dealing with the problem” of indigenous people by engaging in acts of collective exterminatory violence.

In colonial settlements where you had a variety of indigenous populations with different mode of subsistence, such as the Cape with hunter-gatherers and agro-pastoral Bantu-speaking groups, hunter-gatherers were more at risk of exterminatory violence. Hunter-gatherers were less likely to be absorbed into the settler economy because of the nature of their society, which made it difficult to exploit their labour.

We learn from the experiences of the Cape San that a key method of dispossession by trekboers was exterminatory expeditions by civilians. Similar exterminatory expeditions were witnessed by other hunter-gathers societies living in the likes of California in the United States and Queensland, Australia. These were undertaken by civilians going out on hunting parties with an intention to indiscriminately kill, without provocation, any indigenous person or groups they came across.

It appears that the primary agent that led to the land dispossession of hunter-gatherers was not the state but civilians.

What is revealing particularly in the case of California and the Cape, is that it was civilians who organised the meetings, took decisions about embarking on exterminatory campaigns, petitioned the state for provisions, and volunteered themselves to participate in para-militia groups to exterminate indigenes. While the state is complicit through guaranteeing the provision of resources such as ammunition or carrying the costs of such campaigns; it was nonetheless the civilians that began the initiative to exterminate hunter-gatherers and who undertook many of the actual killings.

In circumstances where stock-theft was the expressed reason for the raid, these para-militia groups did not demonstrate the slightest interest to establish either guilt or innocence of the communities they were about to attack. It is therefore evident that the primary motive for the formation of these para-militia groups was not vengeful retribution of the guilty party, but rather the extermination of hunter-gatherer people in order to occupy their lands.

Immediately after the 54th Conference of the African National Congress in December, the debate concerning land expropriation without compensation took centre stage. Both the Economic Freedom Fighters and the ANC have declared themselves to be custodians of the interests of the poor, working class and rural people and have sought to provide leadership in the emerging narratives relating to struggles around land. Missing from these debates is the voice and stories of Khoekhoe and San people. Linked to this is the question of coloured people and land reform.