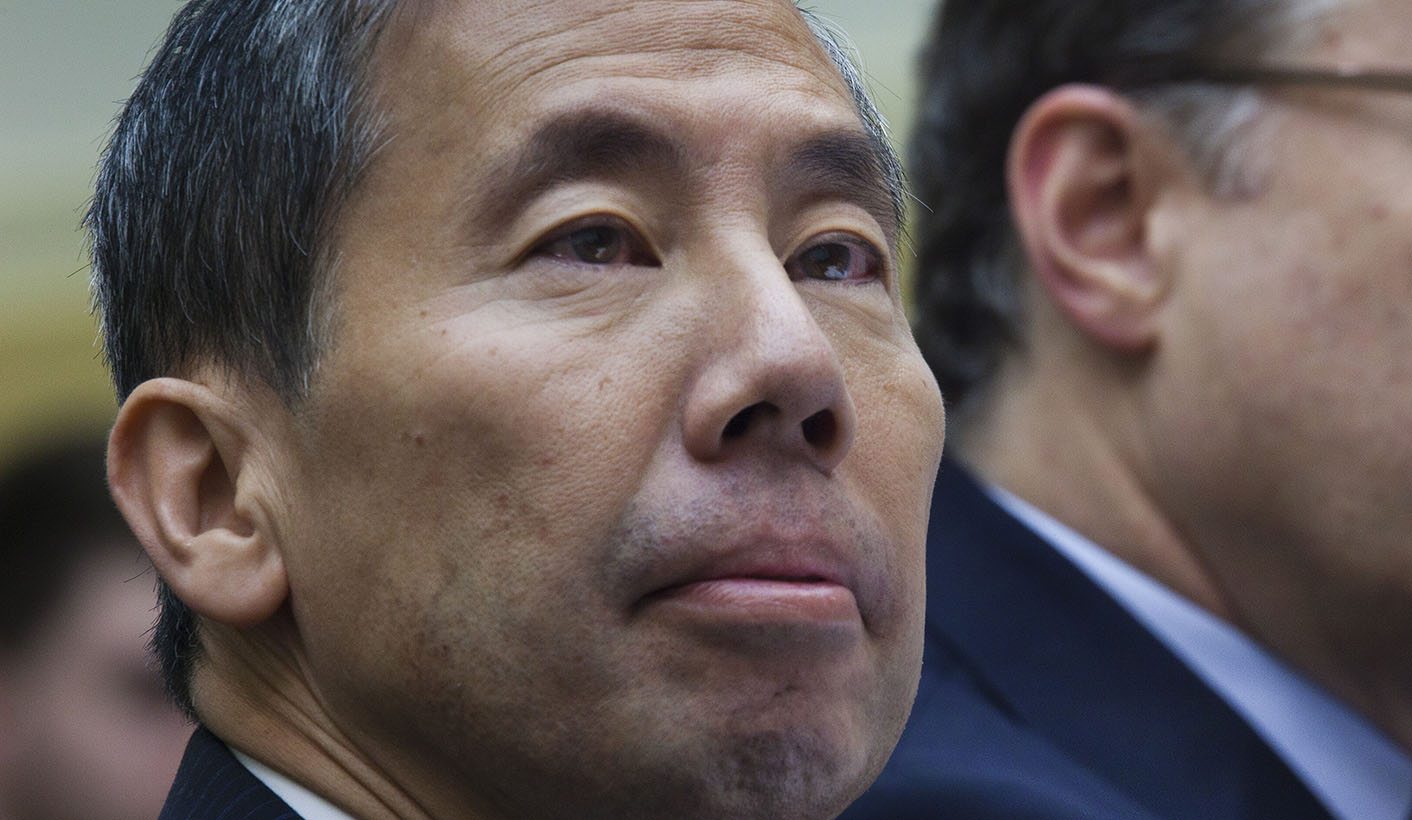 The jury’s still out on how the US government views the decision by the South African Parliament to amend the Constitution to allow expropriation of land without compensation. By PETER FABRICIUS.

Acting US assistant secretary of state for Africa, Donald Yamamoto avoided a direct answer to the question about whether or not the US thought the decision on land would hurt US investment to South Africa.

“I don’t think I can make a definitive comment at this stage,” he said on Monday, while briefing African journalists on US Secretary of State Rex Tillerson’s first official visit to the continent starting on Tuesday.

But Yamamoto did add that for the US, as for a number of other countries, South Africa was the number one country in Africa.

“And so however South Africa deals on trade and investment will affect the rest of the continent. And so we continue to work there, our American Chamber of Commerce will have consultations on a whole host of issues and challenges that will be coming up in our relationship.

“But I’m very positive on South Africa; it’s a very important country and it’s been a leading country on a lot of developments.

“Our investment from the US in Africa is about $57-billion in direct investment. That’s really very low but we’re trying to stimulate that and South Africa is going to play a critical role in attracting more US investment and trade.

“So I think the jury’s out…” Yamamoto concluded, while promising to get back to the journalist who asked the question on this issue.

Cindy Harvey, spokesperson at the US embassy in Pretoria, said on this point; “South Africa is a strong democracy, with resilient institutions. The difficult issue of land reform in the country is for South Africans to resolve.”

Other embassies are also observing the issue without commenting.

Yamamoto dismissed any suggestion that Tillerson was snubbing South Africa by not visiting this country. He said Tillerson and his advisers had both wanted him to visit South Africa on his first five-nation tour which will take him to Ethiopia, Kenya, Djibouti, Chad and Nigeria.

“But in the transition from (Jacob) Zuma to (Cyril) Ramaphosa and the still-in-formation of a transitional government, we wanted to hold back and do a future trip later,” Yamamoto said.

US officials had earlier said that Tillerson would probably visit South Africa once the Ramaphosa administration had settled in.

Yamamoto also declined to confirm media reports that the US government had recently informed the government of Zimbabwean President Emmerson Mnangagwa that it intended maintaining the sanctions which it imposed about 16 years ago on the Robert Mugabe administration – and even extending them to new individuals – at least until after new elections, expected to be held about July.

Yamamoto also avoided directly answering the question whether Tillerson would meet the main opposition leader Raila Odinga on his visit to Kenya, though he suggested that he probably would not.

But Yamamoto stressed that the US government as a whole was consulting widely with the opposition and all other players in Kenya. He himself had recently met him. “We are not ignoring the opposition,” he insisted.

Perhaps the most noteworthy revelation of Yamamoto’s briefing was his disclosure that the US had invited China to a meeting in Washington over the next few months to discuss China’s role in Africa and possible co-operation there between the US and China.

On the negative side, Yamamoto said the US was concerned about China and other countries providing low-interest but really concessionary loans to African countries.

These were plunging these countries into dangerous debt. He expressed concern that Africa might be returning to the debt crisis of around 2005 when the international community had to step in to forgive many African and other developing countries from unrepayable debt.”To see these countries re-indebted again is not only outrageous and terrible,” a senior US official said.

Yamamoto also expressed concern about China and other countries “expropriating” exploiting Africa’s natural resources – he mentioned the Democratic Republic of Congo in particular – without really benefiting the citizens of those countries.

But on the positive side, Yamamoto pointed out that China was building infrastructure in Africa which the US generally wasn’t, focusing rather on providing education and skills. He also said China has “some really good ideas on development” such as how to do better health care and water production.

He also praised China for providing an engineer battalion to provide assistance to the UN peace operations in Sudan.

All these provided an opportunity for the US and China to work together to benefit Africa.

“We’re trying to find the areas where we can build some type of support and co-operation that will be to the betterment of Africa.”

Yamamoto included co-operation in security among the items that would be discussed with China at the proposed meeting.

Deborah Bräutigam, Director of the China Africa Research Initiative at the Johns Hopkins School of Advanced International Studies in Washington wrote this week that she agreed that debt levels were rising in several African countries and some were having trouble repaying their debts.

“Chinese government policy bank loans contribute to that (the major influence, in the case of Ethiopia and Angola).” But she added that in several other African countries more debt was owed to traditional lenders such as the World Bank and Western commercial banks than to China.

She found the acknowledgement of positive Chinese contributions and the desire to co-operate over common challenges by Tillerson’s officials “far more promising and more positive” than the US attitude back in 2012 when US President Barack Obama’s Secretary of State Hillary Clinton articulated a more critical US view on China in Africa. DM