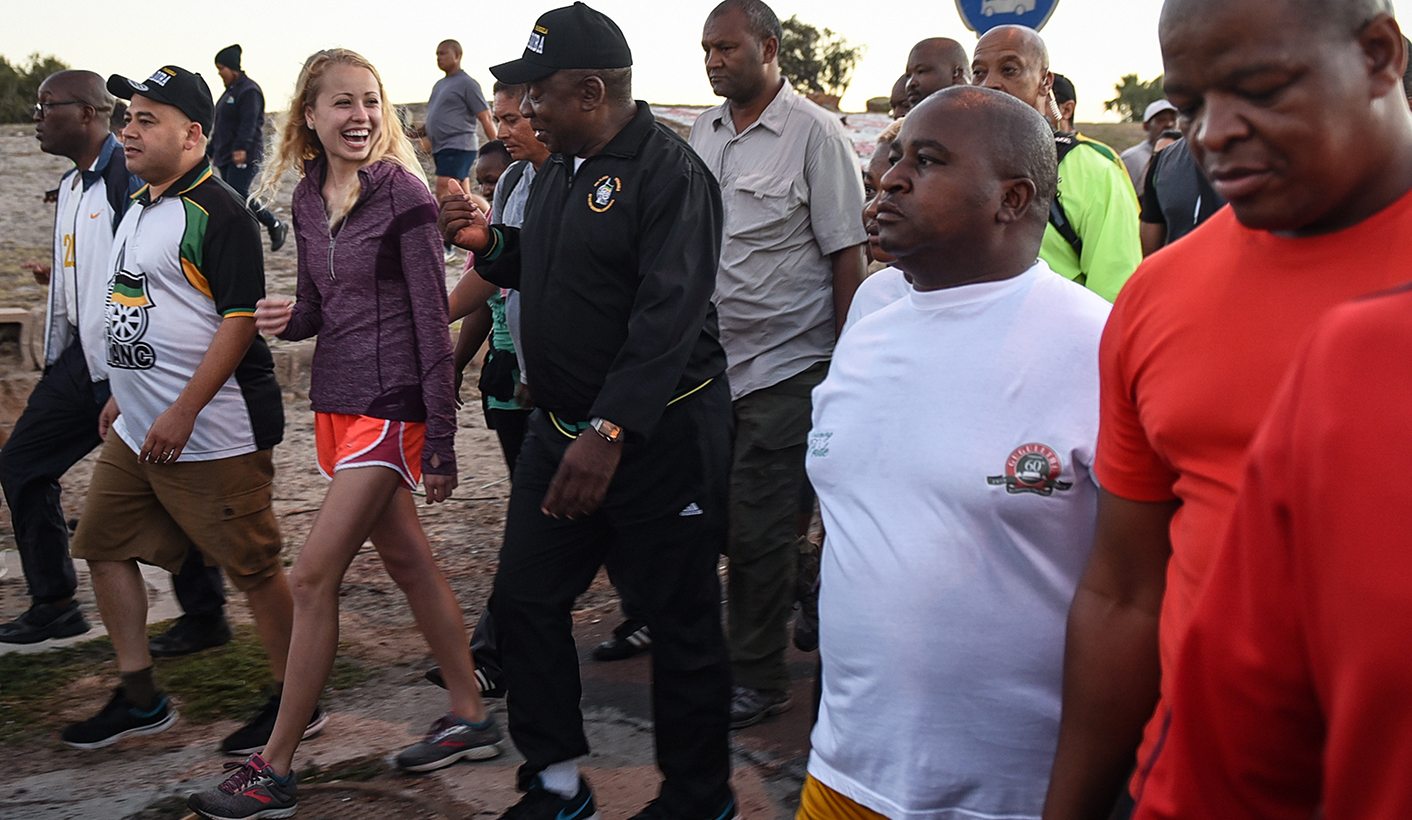 Health Minister Aaron Motsoaledi argues that the political leadership shown by newly elected president Cyril Ramaphosa is a powerful tool in the fight against a growing “explosion” of lifestyle diseases, writes Amy Green for HEALTH-E NEWS.

“When President Rhamaposa put on the shorts and the takkies and said ‘please join me’, I thought, ‘this is what I’ve been waiting for’,” Health Minister Aaron Motsoaledi told Health-e News.

Rhamaposa has become somewhat famous for his early morning walks in which he has invited ordinary citizens to participate. At one of his dawn walks in Cape Town in February he took selfies with locals and even gave bystanders advice on exercise while encouraging them to fit physical activity into their daily routine.

But is this just a publicity stunt, or could it have real impact?

“I’m excited about it because, remember, there is an explosion of non-communicable diseases that the world is facing consisting of high blood pressure, diabetes mellitus, and chronic lung diseases like asthma,” said Motsoaledi.

Almost half of all South Africans over the age of 15 have high blood pressure, according to the 2016 Demographic and Health Survey. Additionally, research from Statistics South Africa found that in 2015 diabetes became the second biggest cause of death in the country after tuberculosis and is now the biggest killer of women, who tend to have more excess body fat than men.

Regular exercise “helps prevent or manage a wide range of health problems and concerns, including stroke … diabetes, depression” and “a number of types of cancer”, which are all non-communicable diseases, according to the United States based research and treatment organisation the Mayo Clinic.

Prevention via legislation of the first three risk factors mentioned by Motsoaledi is possible and has already happened in South Africa, including the 10% tax on sugary beverages being implemented next month. But promoting exercise through the law is a much harder thing to do.

Tobacco and alcohol are taxed, plain packaging is said to be on the way for cigarettes and the level of salt in certain foods is being restricted through legislation.

But it is hard to imagine a scenario where the government can make exercise legally enforceable.

This is why Motsoaledi argues that the president’s initiative is so “important” for public health in South Africa.

He said that a shift towards urbanisation has caused changes in behaviour, resulting in more sedentary adults and children.

“When I was young, Africans by virtue of their lifestyle used to exercise without planning it. The schools were far. Walking 10km to school was not an exception in many black areas, but that lifestyle has now changed for many.”

And the trend towards urbanisation, and less active lifestyles, is predicted to increase. The government predicts that there will be a 10% increase in the proportion of people living in urban settings versus rural areas by 2030.

“Just take an example of a school kid,” explained Motsoaledi. “School kids used to play outside in the field. What do they do now? They come back from school, sit in front of a TV. And the following day you take them by car, you drop them at the school gate.”

South African children have increasingly high obesity rates. According to data from the South African National Health and Nutrition Examination Survey, among girls aged between two and 14, 16.5% are overweight while 7.1% are classified as obese.

“Obesity among young people is extremely high and all those people, in 15 years’ time, they will be adults who will be having diabetes, high blood pressure and cancer. It’s actually very, very scary,” said the health minister.

Diabetes, stroke and heart disease alone cost the country about R22.5-billion between 2006 and 2015 in the form of “accumulated losses to South Africa’s gross domestic product”, according to 2015 research published in the South African Medical Journal.

“So getting the country to start exercising is a very important thing,” said Motsoaledi.

But why is it so important that Ramaphosa is the one taking the lead?

In 2011, the United Nations convened a high-level meeting on how to deal with the growing threat of non-communicable diseases. According to the UN, heads of states and governments committed to, among other things, “promoting healthy diets and lifestyles”.

And it seems as if Ramaphosa is doing just that, and taking it personally. And he’s getting it right.

“It is much more effective for him to be doing it than me, for example,” said Motsoaledi.

“The health minister actually gets easily sidelined on this issue because you just get labelled as a lunatic of good health. People will say ‘He has to do that anyway, it’s part of his portfolio’,” said Motsoaledi.

“But the president: imagine people not joining a president. There’s no chance. So that type of political leadership, it sends an extremely powerful message to South Africans.” DM